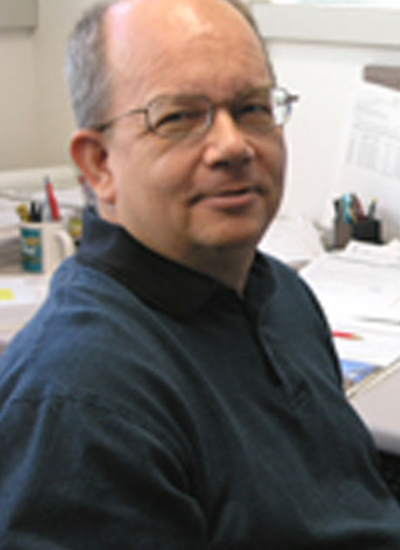 Investigator, Center for Toxicology
Professor, BIO5 Institute
Professor, Cellular and Molecular Medicine
Professor, Public Health
Primary Department
Cellular & Molecular Medicine
Department Affiliations
Cellular & Molecular Medicine
(520) 626-6716
lantz@email.arizona.edu
Work Summary
We are interested in the effects of early life exposures to environmental toxicants on lung growth and development. We determine if the early life exposures leads to adult disease.
Research Interest
R. Clark Lantz, PhD Exposure to environmental toxicants alters lung structure and function and leads to chronic lung disease, including cancer. Current investigations are examining the effects of exposure to environmentally relevant doses of arsenic and uranium. Arsenic is a naturally occurring metalloid found in water, soil and air. Exposure to inorganic arsenic occurs worldwide through environmental (contaminated drinking water, air, food and domestic fuel sources) and occupational exposures (smelting industries, pesticide production). In addition to its association with non-malignant diseases, arsenic is of major worldwide health concern because of its carcinogenic potential in humans. Epidemiologic studies have associated arsenic exposure with an increased risk of multiple human cancers including lung, skin, bladder, kidney, liver and stomach cancers. Our current research is focusing on two models to examine the effects of arsenic in the lung. One model relies on exposure to arsenic during lung development, both in utero and postnatally. We have shown that exposure of pregnant female mice and their offspring to 50 or 100 ppb as arsenic in drinking water resulted in altered pulmonary function in 28 day old animals. Airways were more responsive to bronchoconstriction. These changes were specific for exposure during development and were not reversible if arsenic was withdrawn. Associated with these functional changes, arsenic exposure resulted in a dose-dependent increase in airway smooth muscle and alterations in airway connective tissue expression. We are currently analyzing mediators that may be involved in this response to arsenic. In addition, we are beginning investigations into the effect of inhalation of arsenic on lung development. We are also currently using in vitro airway epithelial cell cultures to determine the effects of arsenic on wound repair and epithelial barrier function. In collaboration with Dr. Scott Boitano, we have been able to show that arsenic inhibits wound repair. This may be due in part to arsenic- induced alteration in calcium signaling. We have also been able to show that arsenic alters expression of epithelial junctional proteins and decreases epithelial barrier resistance. Research is also on going to identify protein alterations in lung lining fluid as biomarkers of exposure and effect. This study uses the technology of proteomics to evaluate and identify biomarkers of chronic environmental exposure to arsenic by evaluating large numbers of proteins simultaneously. We are comparing alterations in protein expression in exposed human populations in Arizona and Mexico, human cell lines, and in vivo rodent studies. Patterns of alterations in protein expression, both common and unique to these different test systems, will be identified. Finally, we are evaluating the chemical genotoxicity of uranium. In addition to its radioactive effects, uranium may also have adverse health effects because of its interactions with cellular macromolecules. We have found that uranium causes DNA damage through forming adducts which results in single strand breaks. In addition, uranium also inhibits double strand break DNA repair in airway epithelial cells. Keywords: pulmonary toxicology, arsenic, early life exposures

We would like to thank the editors for providing us with the opportunity to respond to the points raised by Dr. García Nieto.[...].

As part of the innate immune defense, the polarized conducting lung epithelium acts as a barrier to keep particulates carried in respiration from underlying tissue. Arsenic is a metalloid toxicant that can affect the lung via inhalation or ingestion. We have recently shown that chronic exposure of mice or humans to arsenic (10-50 ppb) in drinking water alters bronchiolar lavage or sputum proteins consistent with reduced epithelial cell migration and wound repair in the airway. In this report, we used an in vitro model to examine effects of acute exposure of arsenic (15-290 ppb) on conducting airway lung epithelium. We found that arsenic at concentrations as low as 30 ppb inhibits reformation of the epithelial monolayer following scrape wounds of monolayer cultures. In an effort to understand functional contributions to epithelial wound repair altered by arsenic, we showed that acute arsenic exposure increases activity and expression of matrix metalloproteinase (MMP)-9, an important protease in lung function. Furthermore, inhibition of MMP-9 in arsenic-treated cells improved wound repair. We propose that arsenic in the airway can alter the airway epithelial barrier by restricting proper wound repair in part through the upregulation of MMP-9 by lung epithelial cells.

Environmental exposure to arsenic results in multiple adverse effects in the lung. Our objective was to identify potential pulmonary protein biomarkers in the lung-lining fluid of mice chronically exposed to low-dose As and to validate these protein changes in human populations exposed to As.