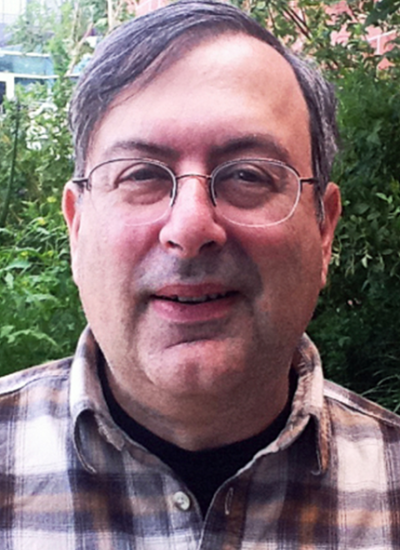 Professor, Applied BioSciences - GIDP
Professor, BIO5 Institute
Professor, Plant Sciences
Primary Department
School of Plant Sciences-Res
Department Affiliations
School of Plant Sciences-Res
(520) 621-1977
emherman@email.arizona.edu
Work Summary
My research is directed at producing enhanced traits in soybean that improves its use and sustainability to provide for growing global needs. In soybeans have produced enhanced seeds that contain much more protein content while minimizing or eliminating several food allergens and anti-nutritional proteins. This will provide better food and animal feed.
Research Interest
Eliot M Herman, Ph.D is a Professor in the School of Plant Sciences, CALS, and Bio5 Institute, University of Arizona. Dr. Herman’s primary research emphasis is directed at discovering how seeds specify composition that is enabling technology to produce enhanced food and feed and to use seeds to produce protein biologics including industrial enzymes and medically-active proteins. Current on-going projects include a NIH-funded project for the production of human epidermal growth factor to mitigate post-partum neonatal necrotic endocolitis and an industry-funded project to investigate how reprogramming the soybean seed transcriptome can be used to produce seeds with enhanced composition. Among Dr. Herman’s career accomplishments includes the discovery of the soybean protein that is the immunodominant neonatal allergen (P34/Gly m Bd 30k) that has subsequently been shown to be a significant feed allergen in neonatal swine. Dr. Herman led producing the first transgenic removed a major human food allergen by suppressing P34/Gly m Bd30k. This accomplishment resulted in numerous international print and electronic media and in the award to Dr. Herman of the USDA’s highest award by the Secretary of Agriculture in 2004. To expand potential use of allergen nulls Dr. Herman led a survey of the entire national soybean collection to isolate a conventional null that has been bred into agronomic lines and provide an equivalent low allergen content non-transgenic soybean. Dr. Herman has 118 articles and chapters and has presented in numerous domestic and international forums. He has served as NSF program director, member of grant panels for DOE, USDA, NIH, NIST, US-Israel BARD, US-AID, NSF, NSERC in Canada. He has been a visiting scientist in the Japan and Israel and has served as a Science Fellow in the US Embassy in Sweden where he was involved in policy of genetically modified crops working with the US foreign agriculture service and State Department in the Nordic and Baltic nations. Dr. Herman is a Fellow of AAAS and Explorers Club. Keywords: Crops Engineering enhancing-nutritional content

Necrotizing enterocolitis (NEC) is a devastating condition of premature infants that results from the gut microbiome invading immature intestinal tissues. This results in a life-threaten- ing disease that is frequently treated with the surgical removal of diseased and dead tis- sues. Epidermal growth factor (EGF), typically found in bodily fluids, such as amniotic fluid, salvia and mother’s breast milk, is an intestinotrophic growth factor and may reduce the onset of NEC in premature infants. We have produced human EGF in soybean seeds to lev- els biologically relevant and demonstrated its comparable activity to commercially available EGF. Transgenic soybean seeds expressing a seed-specific codon optimized gene encod- ing of the human EGF protein with an added ER signal tag at the N’ terminal were produced. Seven independent lines were grown to homozygous and found to accumulate a range of 6.7 +/- 3.1 to 129.0 +/- 36.7 μg EGF/g of dry soybean seed. Proteomic and immunoblot anal- ysis indicates that the inserted EGF is the same as the human EGF protein. Phosphoryla- tion and immunohistochemical assays on the EGF receptor in HeLa cells indicate the EGF protein produced in soybean seed is bioactive and comparable to commercially available human EGF. This work demonstrates the feasibility of using soybean seeds as a biofactory to produce therapeutic agents in a soymilk delivery platform.