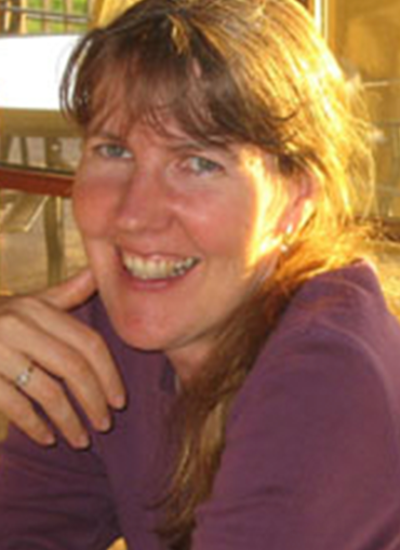 Professor, BIO5 Institute
Professor, Ecology and Evolutionary Biology
Professor, Entomology
Chair, Entomology / Insect Science - GIDP
Primary Department
Entomology-Res
Department Affiliations
Entomology-Res
(520) 621-9350
mhunter@ag.arizona.edu
Work Summary
Molly Hunter works to understand the role of heritable microbial symbionts in the biology of herbivorous arthropod, or pest biology. Current projects include: Investigating Rickettsia in the sweet potato whitefly, Bemisia tabaci, and investigating interactions between Cardinium and Wolbachia, in whitefly parasitoids in the genus Encarsia and Eretmocerus.
Research Interest
Martha Hunter, PhD, conducts research largely focused on understanding the evolutionary biology and ecology of parasitoids and predators important in biological control of agricultural pests. A group that has been central to much of her research are members of the aphelinid genus Encarsia, parasitoids of whiteflies and scale insects. Recently, the theme of her research has turned to the role of symbiotic microorganisms on the ecology and evolution of natural enemies. Dr. Hunter has found a bacterial symbiont in the Bacteroidetes, recently named Cardinium hertigii, that is unrelated to the better known proteobacterium, Wolbachia, but also manipulates the reproduction of is hosts in ways that enhances its transmission. Like Wolbachia, it induces parthenogenesis as well as cytoplasmic incompatibility in the autoparasitoid genus Encarsia, two reproductive phenotypes thought to be unique to Wolbachia.

Bacterial endosymbionts of insects are increasingly being recognized as common, diverse, and integral to the biology of their hosts. Inherited fungal symbionts have been largely overlooked, however, even though insect guts appear to be a key habitat for an incredible array of fungal diversity. Like bacteria, fungal symbionts also likely play important roles in the ecology and evolution of their insect associates. The objective of this study was to lay the foundations for understanding the roles of the vertically transmitted fungal and bacterial associates of both the brownbanded cockroach, Supella longipalpa, and its parasitic wasp, Comperia merceti. We used culture-dependent and culture-independent molecular methods and phylogenetic analyses in order to identify the symbionts. Two fungal associates of brownbanded cockroaches were found. To our knowledge, this is the first record of vertically transmitted fungal symbionts in the order Blattaria. The wasp was found to house a close relative of one of the cockroach fungi but no bacterial symbionts. Finally, the brownbanded cockroaches also harbored three lineages of bacterial symbionts: Blattabacterium and two lineages of Wolbachia, indicating the number of vertically transmitted symbionts in this insect may be as many as five.

Symbiotic associations between animals and inherited micro-organisms are widespread in nature. In many cases, hosts may be superinfected with multiple inherited symbionts. Acyrthosiphon pisum (the pea aphid) may harbour more than one facultative symbiont (called secondary symbionts) in addition to the obligate primary symbiont, Buchnera aphidicola. Previously we demonstrated that, in a controlled genetic background, A. pisum infected with either Serratia symbiotica or Hamiltonella defensa (called R- and T-type in that study) were more resistant to attack by the parasitoid Aphidius ervi. Here, we examined the consequences of A. pisum superinfected with both resistance-conferring symbionts. We found that an A. pisum line co-infected with both S. symbiotica and H. defensa symbionts exhibits even greater resistance to parasitism by A. ervi than either of the singly infected lines. Despite this added benefit to resistance, superinfections of S. symbiotica and H. defensa symbionts appeared rare in our survey of Utah A. pisum symbionts, which is probably attributable to severe fecundity costs. Quantitative polymerase chain reaction estimates indicate that while the density of H. defensa is similar in singly and superinfected hosts, S. symbiotica densities increased dramatically in superinfected hosts. Over-proliferation of symbionts or antagonistic interactions between symbionts may be harmful to the aphid host. Our results indicate that in addition to host-symbiont interactions, interactions among the symbionts themselves probably play a critical role in determining the distributions of symbionts in natural populations.