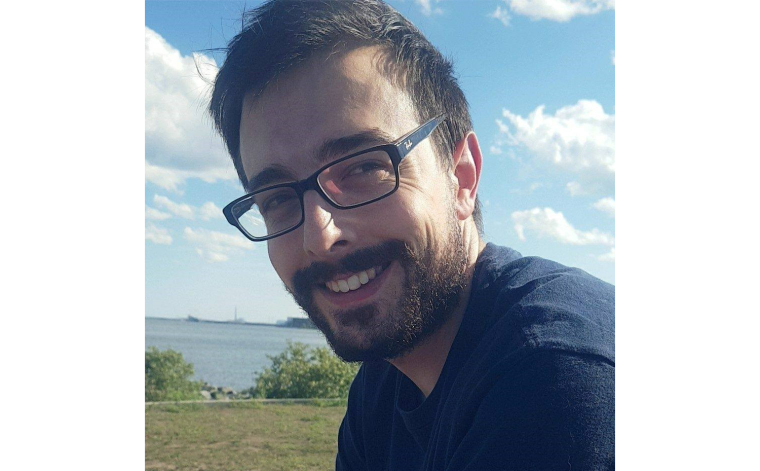 With two years of financial support from the Natural Sciences and Engineering Research Council of Canada, Dr. Robert Jackson will work to advance knowledge in the basic sciences and boost his academic career aspirations.
Dr. Brittany Uhlorn, BIO5 Institute

BIO5 Institute Postdoctoral Fellow Dr. Robert Jackson has earned the coveted Natural Sciences and Engineering Research Council of Canada (NSERC) Postdoctoral Fellowship. This award provides Jackson with $45,000 (Canadian dollars) per year for two years, supporting his research and independence to build a career as a future tenured-track faculty member at a research institution.

The NSERC Postdoctoral Fellowship program aims to “provide support to a core of the most promising researchers at a pivotal time in their careers.” Jackson, a fellow in the laboratory of BIO5 member Dr. Koenraad Van Doorslaer since 2019, is currently working to enhance knowledge in the fields of cellular and DNA tumor virus biology through his basic science project. Specifically, Jackson will elucidate the relationship between human papillomavirus (HPV) and the cellular differentiation (specialization) process.

“I think viruses are the coolest things in the world,” Jackson said. “Viruses are better biologists than we are because they’ve co-evolved with everything in biology, so we can use them as tools to study natural processes like differentiation.”

As a Canadian citizen completing his postdoctoral training in the U.S., Jackson’s fellowship opportunities are mostly limited to Canadian federal awards. Aside from that, Jackson’s motivation to apply was twofold. Since federal funding can often be scarce while research costs remain high, he desired to secure his own funding so Van Doorslaer could free up funds for research supplies, staff and trainees.

“Rob is my first post-doctoral fellow, and he is setting a high bar,” said Van Doorslaer, an assistant professor of immunobiology, virology, cancer biology and genetics. “The NSERC post-doctoral fellowship is very competitive. Rob’s proposal was scored as the third best overall, and I couldn’t be prouder.”

Obtaining this postdoctoral fellowship is also incredibly important to Jackson because it demonstrates he can acquire competitive funding during this stage of his training, paving the way for his next career step.

“Rob has a unique combination of skills that allow him to carve a niche towards research independence. This recognition is a critical next step in Rob’s career, I look forward to assisting Rob in his research and training over the coming years,” added Van Doorslaer.

Jackson studies HPV, the most common sexually transmitted virus and cause of 5% of all cancers worldwide, including essentially all cervical cancers and a growing number of oral cancers in both men and women. HPV infects cells within layers of the skin (epithelium) and alters their normal specialization process to support the creation of new virions. Jackson aims to address the gap in knowledge about the relationship between HPV and cellular differentiation.

With the award, Jackson will create a life-like 3D oral epithelial model to study the differentiation-dependent viral life cycle. He’ll use single-cell sequencing – a technique to examine the genes within an individual cell as opposed to an entire piece of tissue – to correlate host (infected cell) gene expression with that of the virus. To determine exactly which cellular genes are required to produce new virions in the upper, more specialized layers of the skin, the scientist will use state-of-the-art CRISPR-Cas9 genome editing tools.

Jackson plans to conduct his experiments in 3D models derived from both male and female tonsillar tissue.

“There’s a big misconception that cancers caused by HPV infection only affect women, which I think unfairly stigmatizes women, especially those that might be of vaccine-seeking age,” he said. “HPV is a problem for everybody, so it’s important to study HPV universally.”

Jackson’s NSERC project nicely dovetails with his recently awarded BIO5 Postdoctoral Fellowship proposal. To scale-up his studies, the scientist will collaborate with Dr. Melissa Herbst-Kralovetz at the UArizona College of Medicine – Phoenix to create life-like skin cultures with her specialized 3D bioreactor system.

While the postdoc is focused on uncovering these basic science mysteries, his work also has the potential to inform clinical markers for the diagnosis, progression, and treatment of HPV infection, persistence and cancer. In terms of innovation, techniques used in Jackson’s research could be applied to studying therapeutics outside of a lab setting.