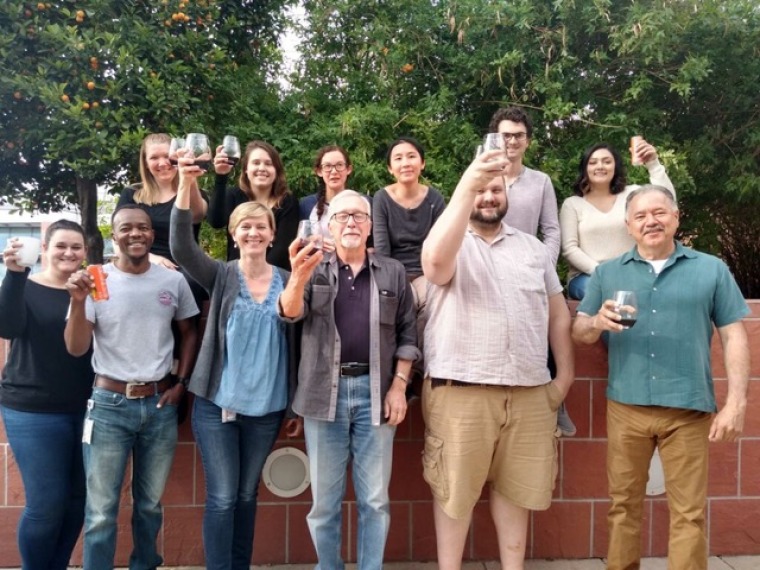 Felicia Goodrum has been nominated for a National Institutes of Health MERIT Award to continue studying mechanisms of human cytomegalovirus persistence and their implications on human health.
Brittany Uhlorn, BIO5 Institute

Researchers are continually faced with the daunting task of securing financial support to conduct their research. Highly competitive grants, limited opportunities, and poor availability of resources make it difficult for investigators to keep their labs afloat, much less thrive.

Felicia Goodrum, professor of immunobiology and member of the BIO5 Institute, has been nominated as the recipient of a National Institutes of Health (NIH) award designed to give productive and creative scientists long-term support, without the burden of constantly devoting time and staff resources to applying for multiple new grants to fund their research.

Created in 1986, the Method to Extend Research in Time (MERIT) Award program provides an investigator who demonstrates superior capability with an initial five-year award that may be extended for up to five additional years of support. Nominations are rare and only bestowed upon those who demonstrate outstanding productivity and have a documented high level of scientific achievement in a research area of critical importance. Recipients are afforded a simplified, non-competitive renewal for a second five-year period if they meet productivity milestones.

“This is a highly prestigious award earned only by the most outstanding scientists,” said Jennifer Barton, director of the BIO5 Institute. “Felicia’s superior record of accomplishment, reputation as an excellent and collaborative researcher, mentor, and champion for the greater scientific community earned her this recognition.”

“The MERIT award takes some of the pressure off,” Goodrum said. “We will have more freedom to ask bigger questions with a little more risk that may not yield immediate answers or pay-offs, but will seed deeper understanding and discovery, without having to renew the grant in five years. It definitely creates breathing room, especially in this funding climate, to know for the next ten years, our lab will have at least this grant.”

Goodrum studies human cytomegalovirus (CMV), a herpesvirus that persists in up to 99% of the population worldwide by establishing latent infection. Latency is a reversible, dormant state after initial infection during which the virus “lays low” by limiting the replication of its genes and production of new infectious particles.

Infection can be reactivated by several stressors or immune deficiencies, posing life-threatening disease risks, particularly for immunocompromised individuals and solid organ or stem cell transplant recipients. CMV infection is the leading cause of infectious disease-related birth defects and is now associated with age-related ailments like atherosclerosis, immune dysfunction and frailty.

Researchers in Goodrum’s lab have previously identified viral factors that are critical to latency and reactivation, as well as identified human elements that are targeted by the virus. With her MERIT-nominated grant proposal, Goodrum plans to investigate a new viral gene that might modulate the switch into and out of latency. She ultimately aims to discover a way to control the virus by targeting this delicate balance between latency and reactivation. Goodrum hypothesizes medical professionals may be able to one day either trigger reactivation, rendering the virus more susceptible to antiviral therapies, or to directly target latently infected cells to prevent reactivation all together.

A barren field before she entered, Goodrum has become a pioneer in the field of CMV latency and reactivation. As President-Elect of the American Society for Virology, Goodrum speculates her public service, K-12 outreach, and numerous op-ed columns in local and national media outlets also played a role in her award.

While she is being recognized for her contributions to scientific knowledge and the greater community with this award, Goodrum recognizes that the ability to secure funding is truly a team effort.

“The award comes to me…but it’s such a tribute to the hard work of the postdocs, students and technical staff and the dedication of so many people throughout the university,” Goodrum said. “The people in our lab have put forth the blood, sweat and tears to take the vision that I have and move it forward. It is a testament to that dedication.”