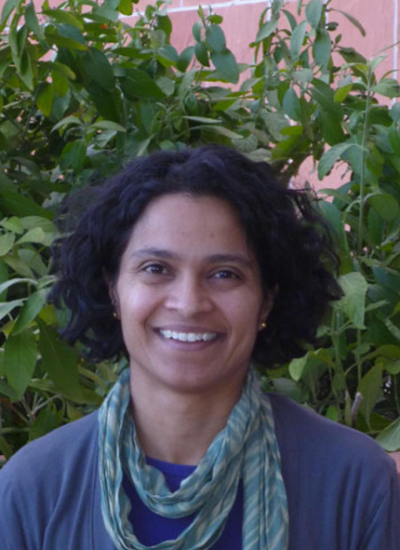 Work Summary
We study how a common intracellular parasite, Toxoplasma gondii, persists in, and potentially changes, the mammalian brain. Understanding the Toxoplasma-brain interaction offers the opportunity to develop better therapies to treat toxoplasmosis as well as giving new insights into how to manipulate the brain immune response which has been implicated in many neurodegenerative diseases.

Research Interest
Anita Koshy, MD is an Associate Professor in the Department of Neurology and the Department of Immunobiology, and an affiliate of the Clinical Translational Science Institute and the Evelyn F. McKnight Brain Institute. Clinically, Dr. Koshy is a recognized expert in the area of Infectious Diseases of the Nervous System, and has co-authored 4 chapters on this subject. Dr. Koshy’s lab focuses on understanding how a common human parasite, Toxoplasma gondii, is able to persist in the mammalian brain (including in up to 1/3 of the human population.) The goals of this work are to: 1) improve treatments for patients with symptomatic toxoplasmosis (there are no drugs to cure patients of Toxoplasma) and 2) use the co-evolution between the parasite and the mammalian CNS to better understand how immune responses in brain can be triggered and aborted. The latter research may have broad applicability to disorders of the brain in which the immune response is dysfunctional; these disorders include Multiple Sclerosis, traumatic brain injury, and neurodegenerative diseases such as Alzheimer’s disease. Keywords: Neuroscience, Infectious Disease, Parasitology

Intracellular pathogens can replicate efficiently only after they manipulate and modify their host cells to create an environment conducive to replication. While diverse cellular pathways are targeted by different pathogens, metabolism, membrane and cytoskeletal architecture formation, and cell death are the three primary cellular processes that are modified by infections. Toxoplasma gondii is an obligate intracellular protozoan that infects ∼30% of the world's population and causes severe and life-threatening disease in developing fetuses, in immune-comprised patients, and in certain otherwise healthy individuals who are primarily found in South America. The high prevalence of Toxoplasma in humans is in large part a result of its ability to modulate these three host cell processes. Here, we highlight recent work defining the mechanisms by which Toxoplasma interacts with these processes. In addition, we hypothesize why some processes are modified not only in the infected host cell but also in neighboring uninfected cells.

Like many intracellular microbes, the protozoan parasite Toxoplasma gondii injects effector proteins into cells it invades. One group of these effector proteins is injected from specialized organelles called the rhoptries, which have previously been described to discharge their contents only during successful invasion of a host cell. In this report, using several reporter systems, we show that in vitro the parasite injects rhoptry proteins into cells it does not productively invade and that the rhoptry effector proteins can manipulate the uninfected cell in a similar manner to infected cells. In addition, as one of the reporter systems uses a rhoptry:Cre recombinase fusion protein, we show that in Cre-reporter mice infected with an encysting Toxoplasma-Cre strain, uninfected-injected cells, which could be derived from aborted invasion or cell-intrinsic killing after invasion, are actually more common than infected-injected cells, especially in the mouse brain, where Toxoplasma encysts and persists. This phenomenon has important implications for how Toxoplasma globally affects its host and opens a new avenue for how other intracellular microbes may similarly manipulate the host environment at large.

Toxoplasma gondii is an obligate, intracellular parasite with a broad host range, including humans and rodents. In both humans and rodents, Toxoplasma establishes a lifelong persistent infection in the brain. While this brain infection is asymptomatic in most immunocompetent people, in the developing fetus or immunocompromised individuals such as acquired immune deficiency syndrome (AIDS) patients, this predilection for and persistence in the brain can lead to devastating neurologic disease. Thus, it is clear that the brain-Toxoplasma interaction is critical to the symptomatic disease produced by Toxoplasma, yet we have little understanding of the cellular or molecular interaction between cells of the central nervous system (CNS) and the parasite. In the mouse model of CNS toxoplasmosis it has been known for over 30 years that neurons are the cells in which the parasite persists, but little information is available about which part of the neuron is generally infected (soma, dendrite, axon) and if this cellular relationship changes between strains. In part, this lack is secondary to the difficulty of imaging and visualizing whole infected neurons from an animal. Such images would typically require serial sectioning and stitching of tissue imaged by electron microscopy or confocal microscopy after immunostaining. By combining several techniques, the method described here enables the use of thick sections (160 µm) to identify and image whole cells that contain cysts, allowing three-dimensional visualization and analysis of individual, chronically infected neurons without the need for immunostaining, electron microscopy, or serial sectioning and stitching. Using this technique, we can begin to understand the cellular relationship between the parasite and the infected neuron.