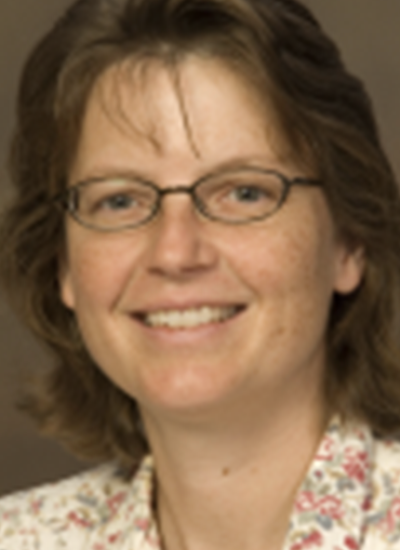 Associate Professor, BIO5 Institute
Associate Professor, Cancer Biology - GIDP
Associate Professor, Genetics - GIDP
Associate Professor, Pharmacology and Toxicology
Primary Department
Pharmacology and Toxicology
Department Affiliations
Pharmacology and Toxicology
(520) 626-8349
csmith@pharmacy.arizona.edu
Research Interest
Catharine Smith, PhD, focuses on epigenetic mechanisms of gene expression, particularly their regulation through signaling pathways and their modulation by anti-cancer drugs. Epigenetic mechanisms play a very important role in transcriptional regulation of genes but the specifics of these mechanisms require ongoing study. A very exciting new area of research focuses on how these mechanisms are disrupted during tumorigenesis but may also be harnessed to treat cancer. Signaling pathways control the expression of key genes in non-cancerous cells but are often misregulated during the process of oncogenesis. Chromatin proteins and transcription factors that interact with chromatin are often targets of these pathways. Two projects in the lab are directed at the interface of signaling pathways and chromatin. First, Dr. Smith is interested in the mechanism by which the female reproductive steroid, progesterone, regulates target genes in the physiological context of chromatin. Chronic progestin exposure has been linked to increased incidence of breast cancer in post-menopausal women on hormone-replacement therapy. However, the function of the progesterone receptor in mammary tissue and its role in oncogenesis are not well understood. Current studies in this area are directed at the role of chaperone proteins in determining how the progesterone receptor functions at target genes in chromatin and how it is impacted by other signaling pathways.Second, her lab has discovered a novel cAMP signaling pathway that regulates cell cycle progression and are focused on identifying specific components and targets of this pathway.Third, histone deacetylases (HDACs) are key transcriptional regulatory proteins. Inhibitors that target these enzymes have shown great promise as anti-cancer drugs and are currently in clinical trials. However, a lack of knowledge of HDAC biology has made it difficult to predict which tumors will respond to these drugs. HDACs are known to participate in gene repression, but recent work indicates that they are also transcriptional coactivators. Further studies on the mechanism of gene repression through HDAC inhibitors will provide insight into the role of these enzymes as coactivators.