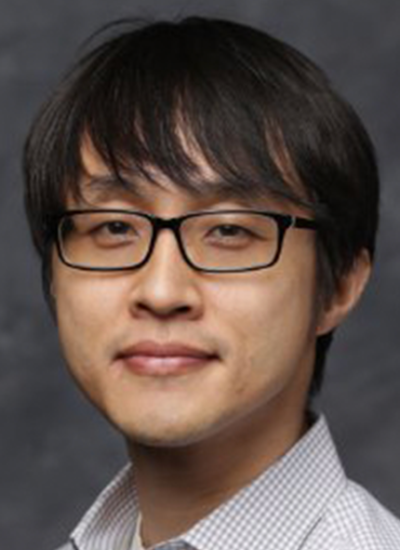 Work Summary
We are developing low-cost in vivo microscopy devices that can visualize cellular details of human tissues in vivo and help disease diagnosis and treatment in low-resource settings, high-speed tissue microscopy technologies that can examine entire organ under risk of having malignant diseases and detect small, early-stage lesions, and miniature microscopy devices that have the potential to examine anatomically-challenging human organs and facilitate integration of microscopic imaging with other imaging modalities.

Research Interest
My research is focused on developing novel optical microscopy technologies and improving patient care using these technologies. My research area includes (1) low-cost smartphone in vivo microscopy, (2) high-speed comprehensive in vivo endomicroscopy, and (3) ultraminiature endomicroscopy. (1) Low-cost smartphone in vivo microscopy: I am currently leading a NIH-sponsored research project for developing smartphone confocal microscope and diagnosing Kaposi's sarcoma in Uganda with the smartphone confocal microscope. I will further advance the smartphone microscopy technology and address other applications, including diagnosis of cervical and oral cancers in low-resource settings, large-population screening of skin cancers in the US, and aiding science and medical educations. (2) High-speed comprehensive in vivo endomicroscopy: I have previously developed a high-speed confocal microscopy system and endoscopic imaging catheters and acquired largest in vivo confocal images of human organ reported. At the UA, I plan to further advance the technology by i) increasing the imaging speed by orders of magnitude and ii) incorporating fluorescence imaging modality. (3) Ultraminiature endomicroscopy: In my previous research, I have developed miniature endoscopic catheters that can visualize internal organs in vivo through a needle-sized device. At the UA, I will develop microscopic imaging catheter with a extremely small diameter and utilize it for guiding cancer diagnosis and treatment.

Diagnosis of esophageal diseases is often hampered by sampling errors that are inherent in endoscopic biopsy, the standard of care. Spectrally encoded confocal microscopy (SECM) is a high-speed reflectance confocal endomicroscopy technology that has the potential to visualize cellular features from large regions of the esophagus, greatly decreasing the likelihood of sampling error. In this paper, we report results from a pilot clinical study imaging the human esophagus in vivo with a prototype SECM endoscopic probe.

Spectrally encoded confocal microscopy (SECM) is a form of reflectance confocal microscopy that can achieve high imaging speeds using relatively simple probe optics. Previously, the feasibility of conducting large-area SECM imaging of the esophagus in bench top setups has been demonstrated. Challenges remain, however, in translating SECM into a clinically-useable device; the tissue imaging performance should be improved, and the probe size needs to be significantly reduced so that it can fit into luminal organs of interest. In this paper, we report the development of new SECM endoscopic probe optics that addresses these challenges. A custom water-immersion aspheric singlet (NA = 0.5) was developed and used as the objective lens. The water-immersion condition was used to reduce the spherical aberrations and specular reflection from the tissue surface, which enables cellular imaging of the tissue deep below the surface. A custom collimation lens and a small-size grating were used along with the custom aspheric singlet to reduce the probe size. A dual-clad fiber was used to provide both the single- and multi- mode detection modes. The SECM probe optics was made to be 5.85 mm in diameter and 30 mm in length, which is small enough for safe and comfortable endoscopic imaging of the gastrointestinal tract. The lateral resolution was 1.8 and 2.3 µm for the single- and multi- mode detection modes, respectively, and the axial resolution 11 and 17 µm. SECM images of the swine esophageal tissue demonstrated the capability of this device to enable the visualization of characteristic cellular structural features, including basal cell nuclei and papillae, down to the imaging depth of 260 µm. These results suggest that the new SECM endoscopic probe optics will be useful for imaging large areas of the esophagus at the cellular scale in vivo.

Spectrally encoded confocal microscopy (SECM) is a reflectance confocal microscopy technology that can rapidly image large areas of luminal organs at microscopic resolution. One of the main challenges for large-area SECM imaging in vivo is maintaining the same imaging depth within the tissue when patient motion and tissue surface irregularity are present. In this paper, we report the development of a miniature vari-focal objective lens that can be used in an SECM endoscopic probe to conduct adaptive focusing and to maintain the same imaging depth during in vivo imaging. The vari-focal objective lens is composed of an aspheric singlet with an NA of 0.5, a miniature water chamber, and a thin elastic membrane. The water volume within the chamber was changed to control curvature of the elastic membrane, which subsequently altered the position of the SECM focus. The vari-focal objective lens has a diameter of 5 mm and thickness of 4 mm. A vari-focal range of 240 μm was achieved while maintaining lateral resolution better than 2.6 μm and axial resolution better than 26 μm. Volumetric SECM images of swine esophageal tissues were obtained over the vari-focal range of 260 μm. SECM images clearly visualized cellular features of the swine esophagus at all focal depths, including basal cell nuclei, papillae, and lamina propria.