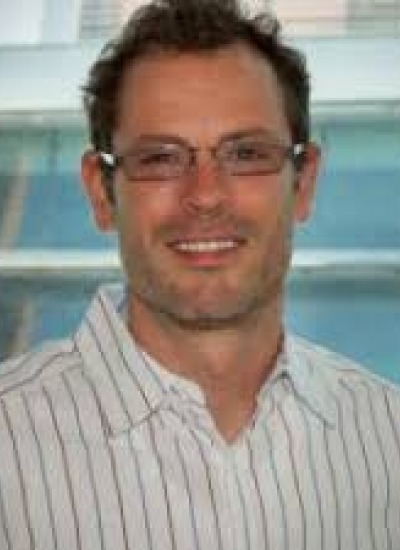 Eric Lyons, PhD is an assistant professor at the University of Arizona School of Plant Sciences. Dr. Lyons is internationally known for his work in understanding the evolution, structure, and dynamics of genomes. Core to his research activities is the development of software systems for managing and analyzing genomic data and cyberinfrastructure for the life sciences.Dr. Lyons has published over 30 original research papers and 5 book chapters, many in collaboration with investigators from around the world. He is a frequent presenter at national and international meetings, and has been invited to teach workshops on the analysis of genomic data to plant, vertebrate, invertebrate, microbe, and health researchers.Prior to joining the faculty in the School of Plant Sciences, Dr. Lyons worked with the iPlant Collaborative developing cyberinfrastructure, and managing its scientific activities. In addition, he spent five years working in industry at biotech, pharmaceutical, and software companies. Dr. Lyons’ core software system for managing and analyzing genomic data is called CoGe, and is available for use at http://genomevolution.org

Vascular plants appeared ∼410 million years ago, then diverged into several lineages of which only two survive: the euphyllophytes (ferns and seed plants) and the lycophytes. We report here the genome sequence of the lycophyte Selaginella moellendorffii (Selaginella), the first nonseed vascular plant genome reported. By comparing gene content in evolutionarily diverse taxa, we found that the transition from a gametophyte- to a sporophyte-dominated life cycle required far fewer new genes than the transition from a nonseed vascular to a flowering plant, whereas secondary metabolic genes expanded extensively and in parallel in the lycophyte and angiosperm lineages. Selaginella differs in posttranscriptional gene regulation, including small RNA regulation of repetitive elements, an absence of the trans-acting small interfering RNA pathway, and extensive RNA editing of organellar genes.

A tetraploidy left Arabidopsis thaliana with 6358 pairs of homoeologs that, when aligned, generated 14,944 intragenomic conserved noncoding sequences (CNSs). Our previous work assembled these phylogenetic footprints into a database. We show that known transcription factor (TF) binding motifs, including the G-box, are overrepresented in these CNSs. A total of 254 genes spanning long lengths of CNS-rich chromosomes (Bigfoot) dominate this database. Therefore, we made subdatabases: one containing Bigfoot genes and the other containing genes with three to five CNSs (Smallfoot). Bigfoot genes are generally TFs that respond to signals, with their modal CNS positioned 3.1 kb 5′ from the ATG. Smallfoot genes encode components of signal transduction machinery, the cytoskeleton, or involve transcription. We queried each subdatabase with each possible 7-nucleotide sequence. Among hundreds of hits, most were purified from CNSs, and almost all of those significantly enriched in CNSs had no experimental history. The 7-mers in CNSs are not 5′- to 3′-oriented in Bigfoot genes but are often oriented in Smallfoot genes. CNSs with one G-box tend to have two G-boxes. CNSs were shared with the homoeolog only and with no other gene, suggesting that binding site turnover impedes detection. Bigfoot genes may function in adaptation to environmental change. © 2007 American Society of Plant Biologists.

After the most recent tetraploidy in the Arabidopsis lineage, most gene pairs lost one, but not both, of their duplicates. We manually inspected the 3,179 retained gene pairs and their surrounding gene space still present in the genome using a custom-made viewer application. The display of these pairs allowed us to define intragenic conserved noncoding sequences (CNSs), identify exon annotation errors, and discover potentially new genes. Using a strict algorithm to sort high-scoring pair sequences from the bl2seq data, we created a database of 14,944 intragenomic Arabidopsis CNSs. The mean CNS length is 31 bp, ranging from 15 to 285 bp. There are ≈1.7 CNSs associated with a typical gene, and Arabidopsis CNSs are found in all areas around exons, most frequently in the 5′ upstream region. Gene ontology classifications related to transcription, regulation, or "response to..." external or endogenous stimuli, especially hormones, tend to be significantly overrepresented among genes containing a large number of CNSs, whereas protein localization, transport, and metabolism are common among genes with no CNSs. There is a 1.5% overlap between these CNSs and the 218,982 putative RNAs in the Arabidopsis Small RNA Project database, allowing for two mismatches. These CNSs provide a unique set of noncoding sequences enriched for function. CMS function is implied by evolutionary conservation and independently supported because CNS-richness predicts regulatory gene ontology categories. © 2007 by The National Academy of Sciences of the USA.