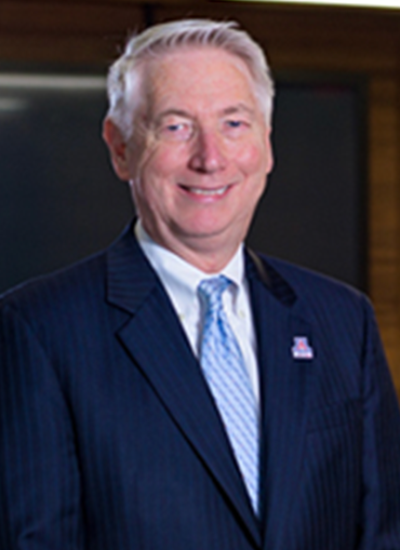 Dean, College of Medicine-Phoenix Campus
Professor, BIO5 Institute
Professor, Internal Medicine
Department Affiliations
BIO5 Institute
(602) 827-2066
guyreed@email.arizona.edu
Research Interest
Guy Reed, MD, MS, a noted cardiologist, physician-scientist and health administrator, is the Dean of the University of Arizona College of Medicine – Phoenix. Dr. Reed grew up in Colorado and graduated from Columbia University in New York City, where he received his bachelor’s degree in English literature and pre-medical studies. He received a master’s degree in mathematical statistics and a medical degree from Stanford University. He completed his internship, residency and chief residency in internal medicine at Yale University. He completed his fellowship in cardiovascular disease at Massachusetts General Hospital and a post-doctoral research fellowship in biochemistry and molecular biology at Harvard Medical School. For a decade and half, Dr. Reed served in positions of progressive responsibility as a cardiologist at Massachusetts General Hospital and on the faculty at Harvard Medical School and Harvard School of Public Health. His research interests led him to the "stroke belt" in the southern states. An internationally recognized cardiologist, Dr. Reed is known for his research on the mechanism of blood clots and vascular disease. Through grant support from the National Institutes of Health, he translated his laboratory research findings into an innovative, clot-dissolving therapy to treat patients with strokes and heart attacks, which is now in clinical trials. Recently, Dr. Reed received an innovation award from Inside Memphis Business magazine and a Discovery Award from the president of the University of Tennessee. In 2015, the company he founded to translate his science into therapy — Translational Sciences, Inc. — signed an exclusive licensing agreement with Daiichi Sankyo Company, Ltd., headquartered in Tokyo, to develop and commercialize the treatment for patients.