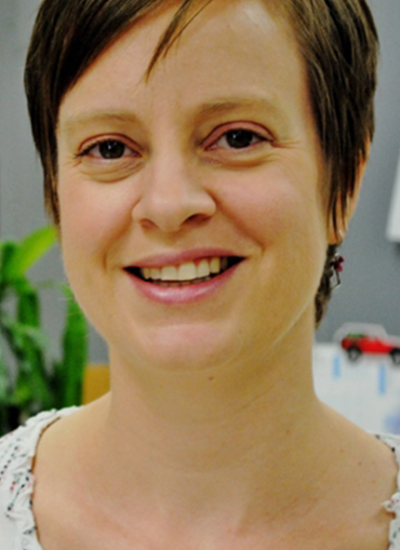 Research Interest
Our research focuses on the signal transduction pathways and molecular mechanisms controlling directed cell migration, or chemotaxis, in eukaryotic cells. Chemotaxis is central to many biological processes, including the embryonic development, wound healing, the migration of white blood cells (leukocytes) to sites of inflammation or bacterial infection, as well as the metastasis of cancer cells. Cells can sense chemical gradients that are as shallow as a 2% difference in concentration across the cell, and migrate towards the source of the signal, the chemoattractant. This is achieved through an intricate network of intracellular signaling pathways that are triggered by the chemoattractant signal. These pathways ultimately translate the detected chemoattractant gradient into changes in the cytoskeleton that lead to cell polarization and forward movement. In addition, many cells such as leukocytes and Dictyostelium, transmit the chemoattractant signal to other cells by themselves secreting chemoattractants, which increases the number of cells reaching the chemoattractant source.To investigate key mechanisms of signal transduction underlying chemotaxis, we are using the social amoeba Dictyostelium discoideum as well as human cancer cell models. Cell motility and chemotaxis of Dictyostelium cells is very similar to that of leukocytes and cancer cells, using the same underlying cellular processes as these higher eukaryotic cells. Dictyostelium is amenable to cell biological, biochemical, and genetic approaches that are unavailable in more complex systems. The discoveries we make using Dictyostelium are then confirmed in human cells and, in particular, in the context of directed cancer cell migration and metastasis. Our aim is to understand the molecular foundation of directed cell migration, which is expected to guide the design of efficient anti-metastatic treatments.Our approach is interdisciplinary, in which we combine molecular genetics and proteomics to identify new signaling proteins and pathways involved in the control of chemotaxis, with live cell imaging using fluorescent reporters to understand the spatiotemporal dynamics of the signaling events, as well as biochemical analyses and proximity assays [including Bioluminescence Resonance Energy Transfer (BRET) and FRET] to understand how proteins interact and function within the signaling network. In addition, in collaboration with Dr. Wouter-Jan Rappel at UC San Diego, we generate quantitative models of the chemotactic signaling networks to help identify key regulatory mechanisms and link them to whole cell behavior

Cells' ability to detect and orient themselves in chemoattractant gradients has been the subject of numerous studies, but the underlying molecular mechanisms remain largely unknown [1]. Ras activation is the earliest polarized response to chemoattractant gradients downstream from heterotrimeric G proteins in Dictyostelium, and inhibition of Ras signaling results in directional migration defects [2]. Activated Ras is enriched at the leading edge, promoting the localized activation of key chemotactic effectors, such as PI3K and TORC2 [2-5]. To investigate the role of Ras in directional sensing, we studied the effect of its misregulation by using cells with disrupted RasGAP activity. We identified an ortholog of mammalian NF1, DdNF1, as a major regulator of Ras activity in Dictyostelium. We show that disruption of nfaA leads to spatially and temporally unregulated Ras activity, causing cytokinesis and chemotaxis defects. By using unpolarized, latrunculin-treated cells, we show that tight regulation of Ras is important for gradient sensing. Together, our findings suggest that Ras is part of the cell's compass and that the RasGAP-mediated regulation of Ras activity affects directional sensing. © 2008 Elsevier Ltd. All rights reserved.

The most widely studied pathway underlying agonist-promoted internalization of G protein-coupled receptors (GPCRs) involves β-arrestin and clathrin-coated pits. However, both β-arrestin- and clathrin-independent processes have also been reported. Classically, the endocytic routes are characterized using pharmacological inhibitors and various dominant negative mutants, resulting sometimes in conflicting results and interpretational difficulties. Here, taking advantage of the fact that β-arrestin binding to the β2 subunit of the clathrin adaptor AP-2 (β2-adaptin) is needed for the β-arrestin-mediated targeting of GPCRs to clathrin-coated pits, we developed a bioluminescence resonance energy transfer-based approach directly assessing the molecular steps involved in the endocytosis of GPCRs in living cells. For 10 of the 12 receptors tested, including some that were previously suggested to internalize via clathrin-independent pathways, agonist stimulation promoted β-arrestin 1 and 2 interaction with β2-adaptin, indicating a β-arrestin-and clathrin-dependent endocytic process. Detailed analyses of β-arrestin interactions with both the receptor and β2-adaptin also allowed us to demonstrate that recruitment of β-arrestins to the receptor and the ensuing conformational changes are the leading events preceding AP-2 engagement and subsequent clathrin-mediated endocytosis. Among the receptors tested, only the endothelin A and B receptors failed to promote interaction between β-arrestins and β2-adaptin. However, both receptors recruited β-arrestins upon agonist stimulation, suggesting a β-arrestin- dependent but clathrin-independent route of internalization for these two receptors. In addition to providing a new tool to dissect the molecular events involved in GPCR endocytosis, the bioluminescence resonance energy transfer-based β-arrestin/β2-adaptin interaction assay represents a novel biosensor to assess receptor activation. © 2007 by The American Society for Biochemistry and Molecular Biology, Inc.

Adaptation in signaling systems, during which the output returns to a fixed baseline after a change in the input, often involves negative feedback loops and plays a crucial role in eukaryotic chemotaxis. We determined the dynamical response to a uniform change in chemoattractant concentration of a eukaryotic chemotaxis pathway immediately downstream from G protein - coupled receptors. The response of an activated Ras showed near-perfect adaptation, leading us to attempt to fit the results using mathematical models for the two possible simple network topologies that can provide perfect adaptation. Only the incoherent feedforward network accurately described the experimental results. This analysis revealed that adaptation in this Ras pathway is achieved through the proportional activation of upstream components and not through negative feedback loops. Furthermore, these results are consistent with a local excitation, global inhibition mechanism for gradient sensing, possibly with a Ras guanosine triphosphatase - activating protein acting as a global inhibitor.