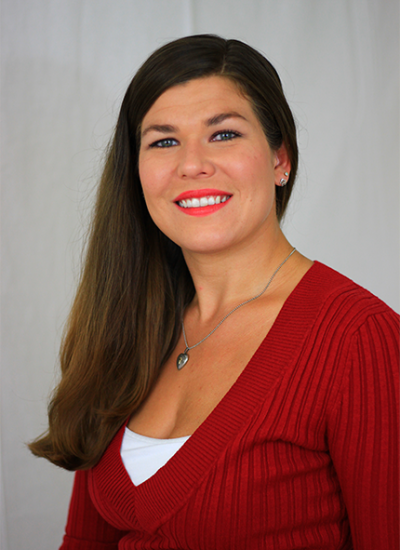 Dr. Tally Largent-Milnes Ph.D., is a Research Assistant Professor of Pharmacology at the University of Arizona. Dr. Largent-Milnes is a member of the International Association for the Study of Pain, the Society for Neuroscience, and the American Pain Society. Her major research focus is on trigeminal (Vc) synaptic physiology, neuropathic pain and rational design of multifunctional compounds to treat chronic pain. Dr. Largent-Milnes uses whole-cell patch clamp electrophysiology, immunohistochemistry, behavior, and pharmacology, to explore excitatory synaptic transmission between trigeminal afferents and nucleus caudalis (Vc) neurons as well as the adaptations that accompany certain pathologies/pharmacological interventions. Her work is critical to improve our understanding of the construction of the trigeminal system at the synaptic level, and will allow for the development of better therapeutics to treat select craniofacial pain disorders through her research.

Many cancerous solid tumors metastasize to the bone and induce pain (cancer-induced bone pain [CIBP]). Cancer-induced bone pain is often severe because of enhanced inflammation, rapid bone degradation, and disease progression. Opioids are prescribed to manage this pain, but they may enhance bone loss and increase tumor proliferation, further compromising patient quality of life. Angiotensin-(1-7) (Ang-(1-7)) binds and activates the Mas receptor (MasR). Angiotensin-(1-7)/MasR activation modulates inflammatory signaling after acute tissue insult, yet no studies have investigated whether Ang-(1-7)/MasR play a role in CIBP. We hypothesized that Ang-(1-7) inhibits CIBP by targeting MasR in a murine model of breast CIBP. 66.1 breast cancer cells were implanted into the femur of BALB/cAnNHsd mice as a model of CIBP. Spontaneous and evoked pain behaviors were assessed before and after acute and chronic administration of Ang-(1-7). Tissues were collected from animals for ex vivo analyses of MasR expression, tumor burden, and bone integrity. Cancer inoculation increased spontaneous pain behaviors by day 7 that were significantly reduced after a single injection of Ang-(1-7) and after sustained administration. Preadministration of A-779 a selective MasR antagonist prevented this reduction, whereas pretreatment with the AT2 antagonist had no effect; an AT1 antagonist enhanced the antinociceptive activity of Ang-(1-7) in CIBP. Repeated Ang-(1-7) administration did not significantly change tumor burden or bone remodeling. Data here suggest that Ang-(1-7)/MasR activation significantly attenuates CIBP, while lacking many side effects seen with opioids. Thus, Ang-(1-7) may be an alternative therapeutic strategy for the nearly 90% of patients with advanced-stage cancer who experience excruciating pain.

The misuse of prescription opiates is on the rise with combination therapies (e.g. acetaminophen or NSAIDs) resulting in severe liver and kidney damage. In recent years, cannabinoid receptors have been identified as potential modulators of pain and rewarding behaviors associated with cocaine, nicotine and ethanol in preclinical models. Yet, few studies have identified whether mu opioid agonists and CB2 agonists act synergistically to inhibit chronic pain while reducing unwanted side effects including reward liability. We determined if analgesic synergy exists between the mu-opioid agonist morphine and the selective CB2 agonist, JWH015, in rodent models of acute and chronic inflammatory, post-operative, and neuropathic pain using isobolographic analysis. We also investigated if the MOR-CB2 agonist combination decreased morphine-induced conditioned place preference (CPP) and slowing of gastrointestinal transit. Co-administration of morphine with JWH015 synergistically inhibited preclinical inflammatory, post-operative and neuropathic-pain in a dose- and time-dependent manner; no synergy was observed for nociceptive pain. Opioid-induced side effects of impaired gastrointestinal transit and CPP were significantly reduced in the presence of JWH015. Here we show that MOR + CB2 agonism results in a significant synergistic inhibition of preclinical pain while significantly reducing opioid-induced unwanted side effects. The opioid sparing effect of CB2 receptor agonism strongly supports the advancement of a MOR-CB2 agonist combinatorial pain therapy for clinical trials.