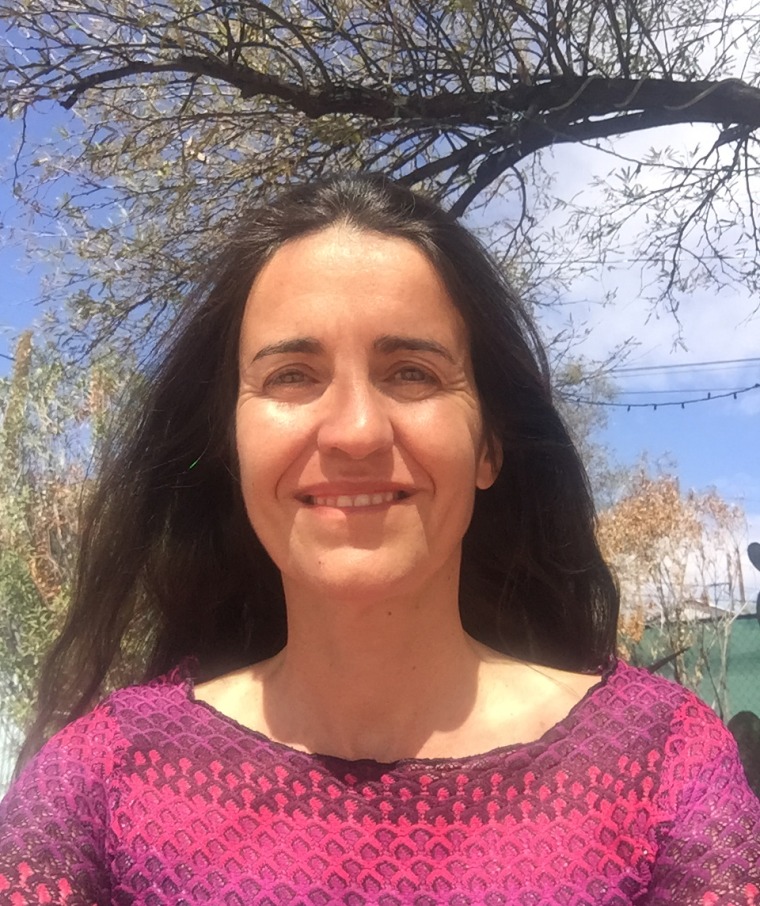 Between her academic prowess, national recognition for her newly published dose-response risk model, and her dedication to mentorship, Dr. Maria Sans-Fuentes is an inspiration.
Dr. Brittany Uhlorn, BIO5 Institute

Minority genders are highly underrepresented in the data science community, but the success of statistics and data science graduate student and researcher Dr. Maria Sans-Fuentes proves that women are a force to be reckoned with.

Sans-Fuentes, a first-year doctoral student mentored by BIO5 Institute member and director for statistical research and education Dr. Walter Piegorsch, was recently recognized for her outstanding contribution to the field of environmental risk assessment at the 2021 American Statistical Association Section on Risk Analysis Student Paper Competition. Not only will her novel risk analysis method change the way scientists, clinicians, and managers determine the hazardous potentials of toxic substances to people, but the technique’s impact surpasses solely human applications.

From the lab bench to the computer

Originally from Spain, Sans-Fuentes began her scientific journey 20 years ago in a wet lab, conducting animal studies to understand how chromosomal changes that may cause reproductive isolation can lead to new species development.

Sans-Fuentes’ interest in the statistical aspects of research peaked as a result of her experiences with this project. Upon seeing the possibilities of data analysis and performing her own experiments in silico (on the computer), Sans-Fuentes began to feel limited by her benchwork and decided to transition to statistics and data science.

She hasn’t looked back ever since.

“I’m the happiest person when you give me a set of data!” she exclaimed.

By harnessing the power of data science, researchers can use existing data to create models that explain current events or phenomena that are observed in the lab or the field. In turn, these data-driven models can help researchers, healthcare providers and business professionals determine future outcomes based on a variety of scenarios before they occur.

Over the years, Sans-Fuentes has continued her education, having earned several advanced degrees including a master’s of pharmaceutical sciences and doctorate in biology from the University of Barcelona, as well as a graduate certificate and master’s in statistics from UArizona. She’s now continuing her data science education through her latest doctoral pursuit.

A new model for risk assessment

Dose-response modeling is traditionally used to perform environmental risk assessment – a common process used by the Environmental Protection Agency and others to estimate the severity and likelihood of adverse responses associated with exposure to hazardous environmental stimuli. Potential toxicity is determined for varying doses of the same hazard, like a carcinogen, using this method. With this data, clinicians, scientists, and risk managers can assess safe levels of exposure to certain toxins for workers, patients and community members.

Benchmark analysis is now preferred to dose-response modeling because it better predicts low-dose effects. This more sensitive technique, however, has been restricted to just one factor (dose), while we know that other factors like gender, race and location may also play a part in determining overall risk.

Recognizing this limitation, Sans-Fuentes and Piegorsch, also a professor of agricultural-biosystems engineering and public health, set out to expand the single-factor method to involve a second factor. Not only was their new mixed-factor benchmark dose risk analysis technique recently published in Environmetrics, but it garnered high praise for Sans-Fuentes at the 2021 American Statistical Association Section on Risk Analysis Student Paper Competition.

“Simply put, I’m just amazed by Mari. She’s just out of the gate with multiple years to finish her degree, and yet she’s published this impactful paper and been recognized by this extremely competitive competition,” praised Piegorsch, also a professor of applied mathematics, statistics, and mathematics.

Though Sans-Fuentes and her mentor illustrated their method’s utility using classical data from a carcinogen study in lab animals, their method is highly translatable to other systems, including non-human situations like floods or airplane malfunctions. Their equation can also be expanded to include additional variables, providing risk assessors with a tool of “limitless potential” – an opportunity that Sans-Fuentes intends to explore after she passes her doctoral qualifying exams.

“Mari’s opened up a new door for this method to be translated to so many disciplines,” Piegorsch said. “She’s one of the most talented students I’ve ever mentored.”

Piegorsch also cites the power of their collaboration as a major factor in the project’s success.

“Neither of us singly could have accomplished this,” he said. “It’s the classic thing in collaboration where two minds work better than one, especially when they’re playing off each other. I call it the ‘upward spiral’ where you both start learning more the more you work together.”

An inspiration for young girls and women worldwide

Although the percentage of women in the data science field are disproportionately low, for Sans-Fuentes, finding a place within that community came more easily thanks to supportive mentors like Piegorsch. Because of this, she now is an “ambassador” to other women in data science.

A mother to a 5-year-old, Sans-Fuentes understands how difficult it can be to balance childcare, teaching, learning and research, despite having a supportive husband. Sans-Fuentes recognizes that many gender-based challenges, including being a mother, complicates pursuing an education by adding stress that affects efficiency at times.

Sans-Fuentes seeks out peers who are navigating similar life circumstances. She believes that by sharing stories and normalizing obstacles, women can feel more empowered to overcome barriers.

“It’s helpful to talk about these challenges so you don’t get so discouraged or feel like you’re alone,” she said.

Sans-Fuentes navigates her personal and professional roles by “taking one thing at a time.” The pandemic especially has taught her to prioritize, so she’s had to give up a few things to focus on her schoolwork and family.

By playing a role in the worldwide Women in Data Science (WiDS) Initiative that annually hosts a regional event in Tucson, Sans-Fuentes also hopes her experience can inspire the next generation of female data scientists. This global movement “aims to inspire and educate data scientists worldwide, regardless of gender, and to support women in the field.”