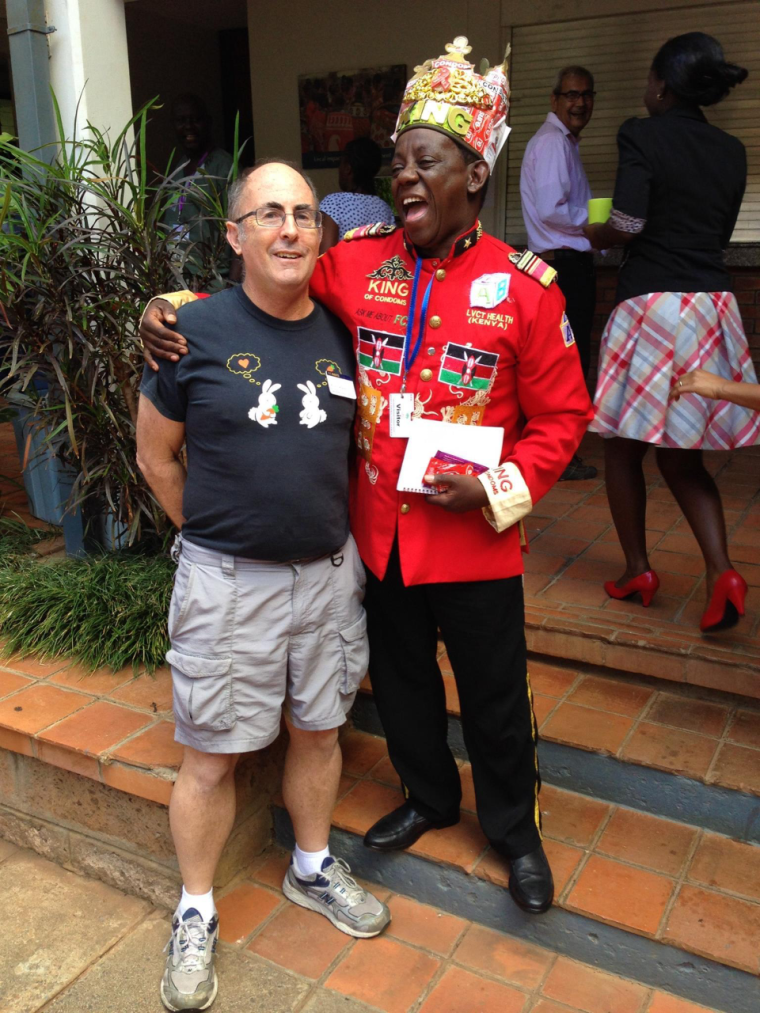 Dr. Bruce Walsh, professor of ecology and evolutionary biology at the University of Arizona, was presented with a Lifetime Achievement Award at the 2020 International Congress in Quantitative Genetics held virtually this November.

“I haven’t gotten an Oscar yet, so they felt bad and gave me a Lifetime Achievement Award to make up for it,” joked the BIO5 Institute member.

Walsh, also a professor of public health and plant sciences, is internationally acclaimed for his work in quantitative genetics. Since publishing the seminal textbook, “Genetics and Analysis of Quantitative Traits,” in 1998, Walsh has co-authored a second influential textbook, taught nearly 25,000 students across the globe, and is a leading force on two global plant breeding initiatives.

A study of complex traits
Quantitative genetics is the study of multifaceted traits that are influenced by both genetics and the environment. Essentially all traits fall into this category, including everything from height and weight to IQ score and disease characteristics.

A self-proclaimed “synthesis person,” Walsh became interested in quantitative genetics back in the 1980s because it combined several aspects of biology like statistics, evolution and genomics.

“Quantitative genetics is so fun because it’s used in a bunch of different fields that typically don’t talk to each other,” Walsh said.

As many of us learn in high school biology, crossing pea plants of different genetic backgrounds can shed light on how traits are passed from parent to offspring. However, these simple crosses aren’t feasible with organisms that have long life spans, nor is it ethical to crossbreed humans for scientific research.

By harnessing the integrated power of multiple fields, scientists like Walsh can utilize detailed information about a myriad of genes to ask genetic questions about plants and animals without the need to breed them.

Walsh and Lynch spent nearly 10 years writing their first textbook, “Genetics and Analysis of Quantitative Traits,” which covers aspects of the basic genetics, biology, and statistics of complex traits. This quickly became a staple in graduate student education across the globe in fields as diverse as animal and plant breeding, statistical genetics, and evolutionary biology. One focus of the book was the integration of the Best Linear Unbiased Predictor (BLUP) regression model – a mathematical tool that was originally developed by animal breeders. Thanks in part to Walsh and Lynch, BLUP is now used in a wide range of applications like disease biology and ecological genetics.

The duo published a second book, “Evolution and Selection of Quantitative Traits,” in 2018.  While their first book focused on the basic genetics, this second, much larger book focused on how such traits evolve and how breeders can efficiently select them.

Looking to the future, Walsh plans to revise the original textbook with updated genetic information, as well as create a third volume that discusses the simultaneous analysis of multiple traits.

When writing a new textbook, Walsh works one chapter at a time, brainstorming the idea, compiling research from the primary literature, writing, and rewriting to ultimately find the best way to present the information to the reader. The author typically requires a two-inch stack of references to write just two pages in a textbook.

Since it can take nearly 20 years to write a new textbook, Walsh is researching and writing every day.

“The more you write, the easier it gets,” Walsh said.

“Almost every student worldwide trained in quantitative genetics since 2000 has been influenced by me in some way, either through the books or directly through the classes I teach,” Walsh said.

Walsh enjoys devising lesson plans and helping students work through difficult concepts. As a person with dyslexia, Walsh uses the condition to his advantage as an instructor. Because he’s had difficulties with learning at times, Walsh can adapt his personal problem-solving skills to help his students make breakthroughs.

The instructor not only enjoys watching his students grow, but he also appreciates how much they help him transform as a scientist.

“As a teacher, the most exciting thing to do is to train people who are smarter than you because they push you to think differently about things, and you can give them the tools to be really successful,” Walsh said.

In the 1980s and 90s, many plant science departments replaced retiring classical breeders
with molecular-focused hires with little formal training in plant breeding fundamentals. To fill in the “missing generation” of plant breeders, Walsh initiated TBPI in 2013.

A staple program of the BIO5 Institute, TPBI offers state-of-the-art instruction and training in modern plant breeding tools such as statistics, molecular breeding and computation.  The TPBI has attracted graduate students, faculty, and industry plant breeders from over two dozen countries and is regarded as one of the world’s premier short courses in plant breeding. Walsh has taken Arizona’s TPBI across the globe to other countries including Korea, Ghana and Taiwan.

In addition to TPBI, Walsh also serves as one of four key instructors of the African Plant Breeding Academy. Through this program, Walsh aims to train nearly 150 Africans to transform the field of plant breeding in the continent. Despite the recent restrictions to travel and in-person instruction, the instructor has still been able to teach across the Atlantic with a little help from technology.

When he’s not writing textbooks and teaching students around the world, Walsh can be found identifying new species of moths in Southern Arizona – around two dozen to date, including three named after him, and one after his wife.

“I’m a big believer you want to have a hobby that’s a little bit different from what you work on full time so you can still keep your passion for it,” Walsh said.