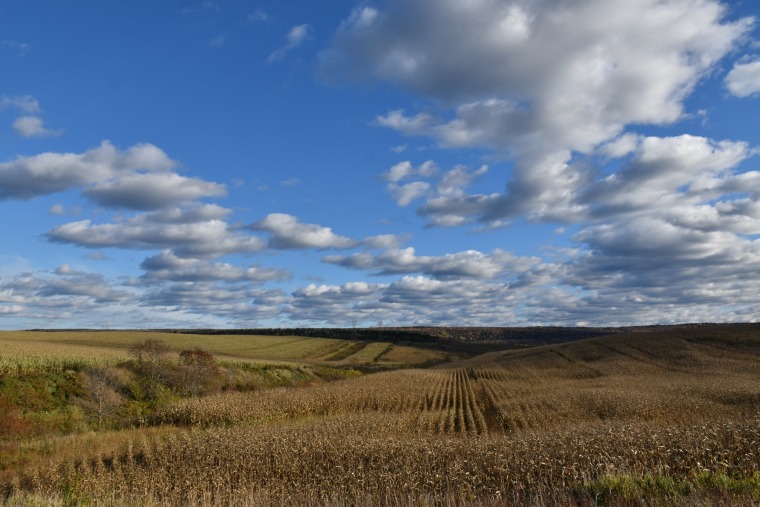 The world’s population is expected to reach 10 billion by 2050, creating an urgent need for more food to nourish hungry mouths. In addition, climate change further complicates the search for solutions to feed a growing planet by straining existing agricultural practices with increased periods of drought and warmer temperatures. 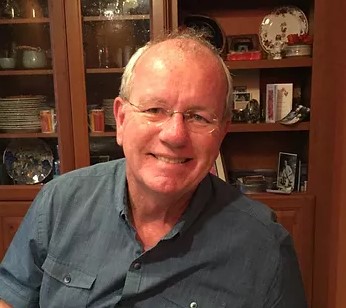 Dr. David Galbraith, professor of plant sciences and biomedical engineering and member of the BIO5 Institute, is a leader in the development of instrumentation and methods to study complex organisms like plants. His latest paper culminates nearly three decades of discovery in plant genomics that will help shape an aspect of “precision agriculture” – a technique in which crops can be developed in a highly-selective way to navigate the environmental challenges of today and the future.

“One of the big mysteries of biology is how living organisms, comprising complex mixtures of different cell types with unique functions, successfully coordinate the development and activities of these cells over their lifetimes,” said Galbraith.

This question can be addressed by developing methods to identify different cell types, selectively isolating these cells, and determining their functions. By combining innovative methods developed over the years in his laboratory, Galbraith has provided important insights that not only apply to plants, but all organisms that are made up of different cell types.

“Insights from my work have profound importance in agriculture and basic biology, but also in the study of human health and diagnosis and treatment of disease,” he said.

In the 1990s, scientists were increasingly interested in understanding how genes were regulated in cells. Importantly, they realized they needed ways to study cell type-specific gene regulation within complex multicellular organisms including plants and animals.

To meet this need, Galbraith and his team focused on plant nuclei. The nucleus of a cell contains DNA in the form of chromosomes, which serve as an organism’s genetic blueprint. While scientists had traditionally queried genetic information within an entire cell, Galbraith found that a single nucleus could serve as a powerful source of information that would help differentiate between cell types.

Though chromosomes contain the entire genetic blueprint for an organism, not all are “active” at the same time. Only those genes which undergo transcription, the process of turning the DNA blueprint into an RNA message, ultimately make the protein building blocks of organisms.

Galbraith’s group had previously described a novel technique to separate nuclei from cells that involved “chopping up” the plants and isolating the nuclei using a technique called flow cytometry. Flow cytometry allows scientists to measure nuclear size and DNA content, and this simple method is now globally used in basic and applied plant biology and agriculture. It can also be applied to isolate nuclei from any complex organism, including plants, mammals, and even post-mortem tissues.

Once separated from the rest of the cell, the team amplified RNA transcripts (the blueprint’s active messages) from the nuclei using the polymerase chain reaction (PCR), a technique that makes many copies of genetic material. They then separated those genetic pieces by size across solidified gels. In doing so, Galbraith’s group confirmed it was possible to assess distinctions in transcription across the different plant tissues they were studying.

At that time, sensitive and accurate methods for large scale DNA sequencing had not yet been developed. Their technique, "NEST analysis," was published in 1998 in the journal, Cytometry, and served as a key conceptual foundation that paved the way for scientists to analyze the transcripts of single nuclei.

Over the next few years, this tool led to numerous impactful discoveries in plant genetics and aspects of precision agriculture.

For example, it laid the foundation for creating an atlas of the Arabidopsis root that has impacted the understanding of root gene function. This work evolved from other pioneering work in the Galbraith laboratory that demonstrated for the first time the expression of a visible marker called the Green-Fluorescent Protein in plants that can be detected using flow cytometry. Additional gene expression atlases emerged for different cell types from these techniques.

Ultimately, the Galbraith laboratory described a breakthrough in the detection of gene transcripts within single sorted nuclei, and this discovery has rapidly been adopted across the globe. This seminal study has also allowed researchers to use nuclei to discover new cell types that are not identified under a microscope.

“These early studies defined new technologies of flow cytometry and sorting for use in plants and animals to ultimately discover new information that was not previously available,” Galbraith said. “The value of these technologies is reflected by their robust and widespread deployment in research, discovery, and applied agriculture over the years.”

Plant leaf surfaces contain specialized structures called stomata. Much as the pores in our skin open and close, plant stomata open and close in response to temperature, gas, and water in the environment. As climate change poses a critical threat to crop production, scientists are seeking to better understand how these specialized structures help plants better respond to drought.

Maize (corn) and other related crops have evolved an extra stomatal cell as compared to plants such as lettuce that are poorly adapted to drought. This specialized cell, the "subsidiary cell," accelerates a plant’s ability to open and close its stomata. Gaining understanding of the genetic and functional mechanisms of how this adaptation works is critical to improve food security.

Using the single nucleus isolation and sequencing techniques that he earlier developed, Galbraith, along with Dr. Guiling Sun and Dr. Chun Peng Song from Henan University in China and student Designated Campus Colleagues at BIO5, found differences in gene activation in the unique cell types of maize stomata. Their new findings shed light on how these specialized crops have evolved to swiftly respond to drought.

According to Galbraith, this cell-specific catalog of responsive genes within stomata will be invaluable in developing specific interventions directed at regulation of stomatal opening and closure in anticipation of changes in weather. It also provides a roadmap for further understanding of how such movement is achieved and regulated.

Implications for this work span precision agriculture. In one aspect of this, crops can be selectively developed to overcome environmental challenges and ultimately increase yield to feed the rapidly growing population.

Of local importance is the observation that more than 80% of the water in the Colorado River is dedicated to agriculture, but with poor monsoon seasons and increasing periods of drought, this precious resource is dwindling. Thus, by understanding how plant stomata have evolved to better handle drought, scientists can devise molecularly targeted ways to increase crop yields while decreasing needs for irrigation.

In another example, the Galbraith laboratory collaborated with Israeli scientists to illuminate the genetic mechanisms whereby grapes, triggered by cold, naturally enter a protective dormant stage during the winter.

“Dissection of cell type-specific responses at the level of genes using our new techniques should enable scientists to discover and deploy chemicals to push their crops into dormancy as the winters become warmer and shorter with the changing climate, thus ultimately protecting the crop to improve yield,” Galbraith said.

Isolating nuclei and assessing genetic information can also be useful in animals. These tiny structures and their genetic messages in postmortem samples might be able to give clues as to whether diseased tissues responded to treatments.

Though Galbraith and his colleagues have discovered a great deal about plants with their novel methodologies in the last thirty years, there are still many “unsolved puzzles.”

Galbraith is currently studying ways to further dissect multicellular organisms at the level of single cells. At the level of the cells themselves, scientists are still trying to determine the ways that they cooperate in growth from the fertilized egg to the final adult form of the organism. Finally, at the level of the nuclei, Galbraith says it’s not entirely clear whether cells within a single individual contain identical genomes.

These mysteries and more will likely be unraveled with the help of Galbraith’s pioneering technologies and dedication to enhancing the understanding of biology’s most complex organisms.

About the University of Arizona BIO5 Institute

The BIO5 Institute at the University of Arizona connects and mobilizes top researchers in agriculture, engineering, medicine, pharmacy, data and computational science, and basic science to find creative solutions to humanity’s most pressing health and environmental challenges. Since 2001, this interdisciplinary approach has been an international model of how to conduct collaborative research, and has resulted in disease prevention strategies, innovative diagnostics and devices, promising new therapies, and improved food sustainability. Learn more at BIO5.ORG.

About the Technology and Research Initiative Fund (TRIF)

The Technology and Research Initiative Fund (TRIF) that helped launch BIO5 in 2001 continues to be a catalyst in enabling effective, cross-disciplinary bioscience research and innovation at the University of Arizona, where initiatives and projects are carefully chosen to align with areas of state and national need. Since 2001, $135M has been invested in building critical facilities and research services that UArizona is leveraging today to respond to the world’s greatest scientific challenges. TRIF resources are also instrumental in funding events and programming that promotes STEM education, outreach, and training.