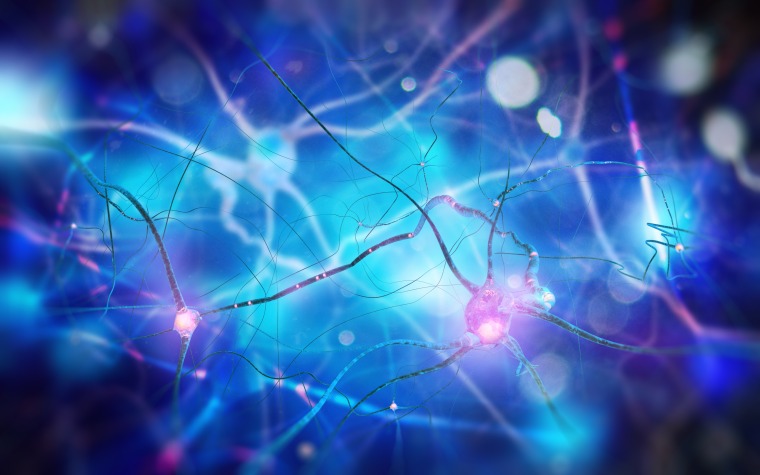 As we get older, we tend to forget things – where we left our keys, our neighbor’s name or the word for a common household item. While forgetfulness is a normal sign of age, declining memory function can accelerate and lead to irreversible brain damage.

Dr. Ying-hui Chou was recently awarded a $3.4M grant from the National Institutes of Health to learn more about how to prevent memory loss and enhance brain function in patients experiencing mild cognitive impairment (MCI).

Chou, director of the Brain Imaging and Transcranial Magnetic Stimulation (TMS) Laboratory at the University of Arizona and assistant professor of cognition and neural systems, as well as affiliate faculty in the Evelyn F. McKnight Brain Institute and a member of the BIO5 Institute, will combine her expertise in TMS with the brain imaging techniques to develop a personalized, non-invasive treatment for people with this condition.

“Our goal is to see if we can enhance the plasticity of the brain,” Chou said. “If we are able to target the hippocampus and modulate the communication between it and other connected brain regions, that would be really beneficial.”

The hippocampus, a region near the center of the brain, is critical to learning and memory. A decline in its function is a characteristic sign of aging, but because this part of the brain is highly vulnerable, its connections to other parts of the brain can be prematurely damaged.

Loss of these connections, or hippocampal plasticity, results in a decline of cognitive function. Neurodegeneration – the loss of brain cells – soon follows, leading to more severe, irreversible brain damage and dysfunction.

MCI is an intermediate stage between the expected decline in brain function associated with aging and the more serious decline of dementia. It is estimated that mild cognitive impairment affects nearly 10% of people 65 years of age or older.

People suffering from MCI often experience problems with memory, language, and reasoning. Those specifically experiencing trouble with their memory are diagnosed with amnestic MCI.

She will use TMS, a “non-invasive brain stimulation technology” developed in the 1980s, to target the hippocampus – something that’s never been done in this population before.

The magnetic field generated by TMS can penetrate the skull and induce an electrical current that can stimulate the brain.

“If the intensity is strong enough, it can depolarize neurons, elicit action potentials, cause the release of neurotransmitters, and change a person’s behavior,” Chou said.

Previous TMS studies have only been able penetrate 2.5 centimeters into the skull, but the hippocampus is about 10 times further beneath the surface.

To tackle this challenge, Chou will use MRI technology to create a roadmap of the brain. Once she determines which regions of the brain are directly connected to the hippocampus, she can then direct TMS to those more superficial areas to stimulate activity.

Chou speculates the brain-boosting effect of the proposed image-guided TMS therapy will be due to a positive change in the plasticity of the hippocampus.

“Previous animal studies have shown that post-synaptic neurons can become larger after TMS stimulation,” she said. “This leads to an increase in receptors, which allows signaling in the brain to become more efficient.”

By combining a person’s unique brain structure with their memory score, genetic profile, age and sex, Chou plans to tailor her TMS-based therapy each person.

TMS therapy is currently only FDA-approved for certain conditions, including obsessive-compulsive disorder, depression, and migraine.

“If we are able to generate more evidence to show that TMS is beneficial in MCI,” Chou said, “then the FDA might consider approving these protocols and TMS devices in neurodegenerative diseases.”

She also hopes to use MRI measures of brain connectivity and genetic polymorphisms, among other factors, to be able to predict whether a person will benefit from this therapy.

“It will be very helpful for future clinical studies to know which groups will benefit most,” she said.

Pilot data for the successful R01 application was generated with funds from Chou’s BIO5 Team Scholars Award and funding from the Arizona Alzheimer’s Consortium.

“We are very grateful,” Chou said of the BIO5 award.