UArizona Researcher Will Screen Drug Combos That Might Lengthen Our Lives 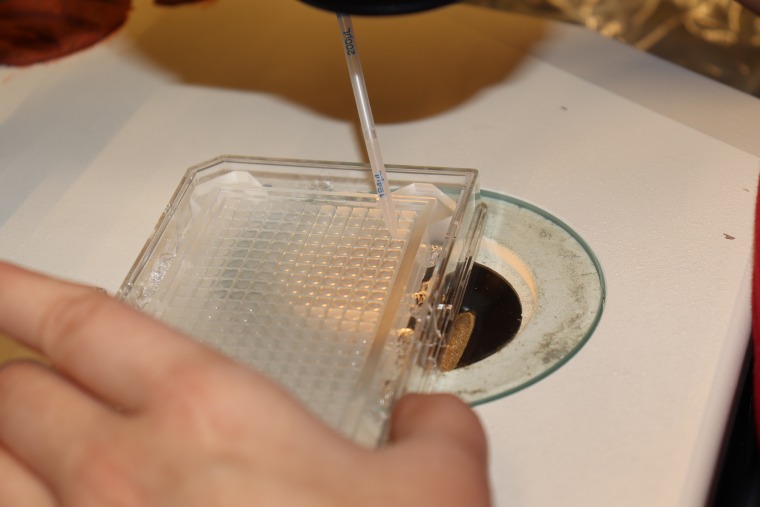 Most would agree life is too short, but what if the right combination of pills could make you live longer?

Dr. George Sutphin, assistant professor of molecular and cellular biology at the University of Arizona and member of the BIO5 Institute, has developed an innovative approach to systematically test drug combinations that could extend healthy lifespan. His research is funded by a recent Catalyst Award from the National Academy of Medicine’s Healthy Longevity Global Competition.

“This work will be the first to test combinations of age-enhancing compounds on individual animals in a high-throughput, automated manner,” he said.

Aging is a complex process affecting nearly every system in the body, and it’s the primary risk factor for seven of the top 10 causes of death in the U.S. and worldwide. It’s known that genetics considerably influence how long we live.

In the late 1980s, researchers at the University of California discovered that reducing activity of a single gene was enough to nearly double the lifespan of the roundworm, Caenorhabditis elegans. Over the past 35 years, hundreds of additional aging-influencing genes have been identified and characterized into nine hallmark processes that drive aging, including altered cellular communication and genomic instability.

Researchers have begun to identify therapeutic compounds that target these hallmarks and subsequently increase lifespan anywhere from 10 to 60%. But because aging is so complicated, single-drug studies are limited in their scope and potential benefits.

“Aging has a complex underlying biology with many hallmarks, so it’s very unlikely you’re going to find one drug that hits them all to dramatically extend life,” Sutphin said. “However, researchers have only started to scratch the surface of how to go beyond single compound interventions.”

To tap into this potential, Sutphin will perform multi-drug studies in C. elegans, a transparent roundworm with a three-week lifespan that is about as long as your credit card is wide.

Traditionally, researchers determined worm viability by peering under a microscope and gently tapping each worm on the head with a platinum wire. This method is not only labor-intensive, but it is difficult to track the same organism over time because dozens of wiggling worms typically live on the same experiment plate.

In the last 10 years, automated imaging technologies have begun to replace this time-consuming method. By refabricating a computer-controlled wood-cutting device with imaging and light sources, Sutphin’s precise worm-tracking robot shines light on each worm every 8 hours and records its response.

Not only is Sutphin’s method more efficient, but it also provides greater insights on how activity throughout life affects how long an organism lives. Because each worm is housed in its own tiny well of a larger plate, scientists can measure the change in activity over time for an individual organism.

Sutphin and his team selected 12 different compounds that are known to extend C. elegans lifespan on their own by 15 to 40%. They will determine whether combinations of these compounds can extend worm lifespan to an even greater extent. Some of these candidate drugs are already part of our lives, like caffeine and aspirin, while others are completely new compounds. The Sutphin team is also collaborating with several UArizona researchers to test their unique compounds, including two BIO5 members - College of Pharmacy Dean Dr. Rick Schnellmann and professor of chemistry and biochemistry Dr. Robin Polt – as well as Arizona Center for Drug Discovery Co-Director Dr. Celina Zerbinatti and colleagues at the University of Michigan.

Sutphin hopes to find drug combinations that produce synergistic effects where lifespan is lengthened to a greater extent than the sum of the individual effects of both drugs.

But it’s not just about simply extending the number of years on your life, rather, Sutphin is focused on combinations that lengthen the “healthspan,” or healthy life, of an individual.

“We are really trying to make your happy, healthy years longer,” he said.

Sutphin’s technology will not only assess whether a worm moved, but how much it moved at each point in time. If a worm can move one full body length, it’s still healthy, while unhealthy worms lose the ability to move forward.

These studies will serve as the first step in a broader pipeline for age-defying drug development.

“The Catalyst Award will let us run these first 12 compounds as a proof-of-principle,” Sutphin said. “Once we show that we can efficiently identify promising drug combinations, we will scale up to test thousands of compounds.”

After identifying drug combinations that extend healthy lifespan in roundworms, the team can perform genetic screens to determine exactly how these drugs are affecting the hallmarks of aging. Then, they’ll move their experiments to rodent models, including pre-clinical models of diseases such as cancer and Alzheimer’s. Finally, the most promising combinations will move forward to human trials.

“We have reached a stage in history where most of our health challenges are driven by aging,” Sutphin said. “The first drug trials for true anti-aging medicine are just getting underway. We are looking to the future, where multi-drug therapies will allow us to optimize our health to live longer, healthier lives.”