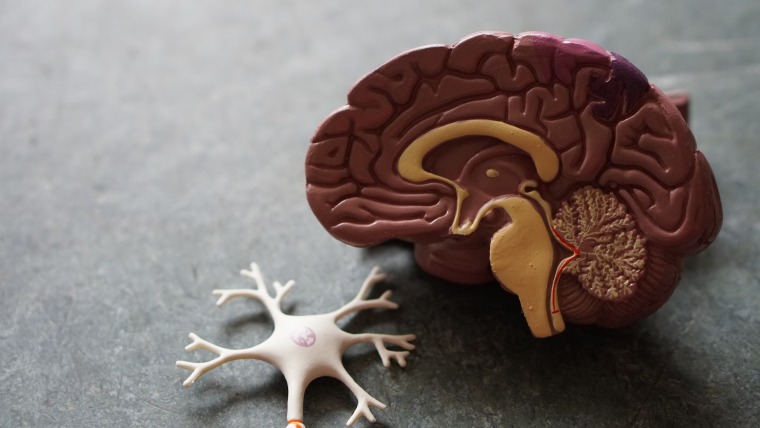 Parkinson’s disease, a progressive nervous system disorder, currently affects more than 10 million people worldwide. Scientists and clinicians don’t yet know what causes Parkinson’s, nor do they have a cure. Researchers at the BIO5 Institute are working to understand its etiology and devise targeted treatments.

In Parkinson’s, brain cells that produce dopamine, a powerful neurotransmitter involved in processes like motor control, deteriorate or die – though it’s not known why. Without dopamine-producing cells, the brain is unable to function properly, causing symptoms like tremor, slowed movement and impaired posture or balance. In addition to motor deficiencies, many Parkinson’s patients experience cognitive impairment, sleep and digestive problems, and mental illnesses.

Parkinson’s patients also lose nerve endings in cells that produce norepinephrine, the main chemical messenger that regulates functions like heart rate and digestion. Clumps of alpha-synuclein, a protein typically found at the active tips of neurons, are a large component of Lewy bodies, a tell tale brain feature of the disease.

Though the precise origins are unknown, inherited genetic mutations or environmental triggers may play roles. Being male, advancing age (greater than 60) and ongoing exposure to toxins like herbicides and pesticides are factors known to increase risk.

There is currently no cure for Parkinson’s. Medication to increase dopamine signaling in the brain might improve symptoms, and surgery can be used in extreme cases to help regulate brain function.

“This work has the potential to genuinely impact the quality of life of Parkinson’s disease patients and provide a real opportunity to develop treatments that would slow or deter the progression of disease,” she said.

Dr. David Harris, executive director of the UArizona Health Sciences Biorepository, also investigates the use of patient-specific iPSCs to study potential causes of and treatments for Parkinson’s disease and other age-related neurodegenerative disorders.

To better address the impact of aging and neurodegenerative disease on voice and speech, Dr. Julie Miller, assistant professor of speech, language and hearing sciences, uses zebra finch songbirds to understand the molecules, cells and circuits in the brain that support vocal production, ultimately laying the foundation for therapeutic intervention.

Together, these BIO5 members are making immense strides towards detecting and treating this highly prevalent neurodegenerative disease.