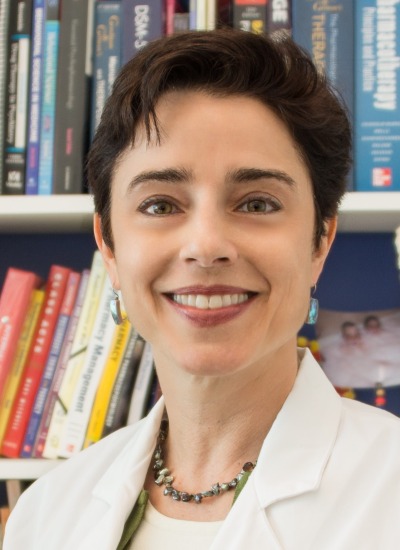 Member of the Graduate Faculty
Professor, BIO5 Institute
Professor, Basic Medical Sciences
Professor, Neuroscience - GIDP
Professor, Psychiatry
Primary Department
COM Phx Basic Medical Sci
Department Affiliations
COM Phx Basic Medical Sci
BIO5 Institute
(602) 827-2131
amelia@email.arizona.edu
Work Summary
The Gallitano Lab investigates the molecular mechanisms underlying the dual genetic and environmental risk for neuropsychiatric illnesses such as schizophrenia and mood disorders. We focus on immediate early genes that are activated in the brain by environmental stimuli, including stress, and regulate processes disrupted in mental illnesses. Ongoing studies examine how Egr3 regulates effectors including Arc and the serotonin 2A receptor to influence synaptic plasticity, memory, and behavior.
Research Interest
Amelia Gallitano, M.D., Ph.D. is an Associate Professor of Basic Medical Sciences and Psychiatry at the University of Arizona College of Medicine (UACOM) – Phoenix. Dr. Gallitano received her medical degree, and Ph.D. in Neuroscience, from The University of Pennsylvania School of Medicine. She completed residency training in Psychiatry at Columbia University, New York, and the New York State Psychiatric Institute, followed by a post-doctoral research fellowship at Washington University School of Medicine in St. Louis, where she was a faculty member in the Department of Psychiatry. She is a board-certified psychiatrist. Dr. Gallitano joined the UACOM - Phoenix as one of the founding faculty members in 2007, the year it opened to its first class of medical students. Research in her laboratory investigates how genes activated in the brain in response to stress may mediate the interaction between environment and genetic variations to influence the development of psychiatric illnesses such as schizophrenia and mood disorders. In addition to their molecular studies, the Gallitano Lab has recently initiated a translational research program to develop a biologically-based diagnostic test for schizophrenia emanating from their basic science findings. Since starting her laboratory, Dr. Gallitano has received numerous grants and awards, including one of the first National Institute of Health (NIH) R01 grants awarded to an Assistant Professor in the department of Basic Medical Sciences (BMS). Her laboratory has maintained continuous NIH funding since 2012. She is currently an Associate Professor with Tenure in the Department of BMS and Associate Professor of Psychiatry at the UACOM – Phoenix, and a member of the Interdisciplinary Graduate Program in Neuroscience. She is also a member of the Arizona State University Graduate Interdisciplinary Program in Neuroscience and an Adjunct Investigator at the Translational Genomics Research Institute. Her research focuses on investigating how immediate early genes may mediate the interaction of environmental stress and genetic predisposition to influence the development of psychiatric illnesses such as schizophrenia. Dr. Gallitano has published under the names: Gallitano, Gallitano-Mendel, and Mendel. Dr. Gallitano is also a co-founder and director of the UACOM-Phx Women in Medicine and Science Committee. She is committed to supporting the advancement of women and under-represented groups in the sciences and to mentoring trainees from all backgrounds who have a passion for neuroscience.