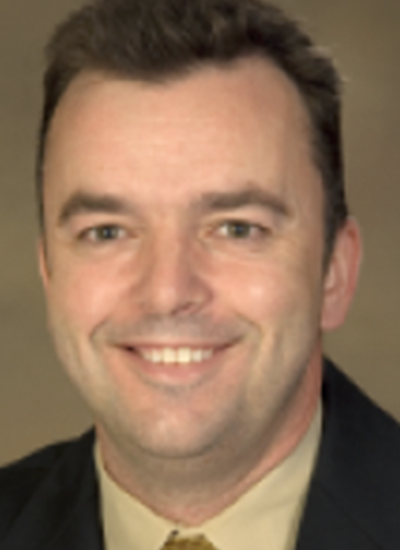 The Hulme group is focused on small molecule drug design and developing enabling chemical methodologies to expedite the drug discovery process. The development of small molecule inhibitors of kinases is of particular interest.

Christopher Hulme, PhD, focuses on small molecule drug design and developing enabling chemical methodologies to expedite the drug discovery process. Target families of particular current interest for the group are kinases, protein-protein interactions and emerging DNA receptors for indications in oncology. Such efforts are highly collaborative in nature and students will be exposed to the full array of design hurdles involved in progressing molecules along the value chain to clinical evaluation. These efforts will be aided by the group’s interest in both microwave assisted organic synthesis (MAOS) and flow chemistry. Both technologies enable ‘High-throughput Medicinal Chemistry’ (HTMC) and will be supported by similar High-throughput Purification capabilities.The group also has a long standing interest in the development of new reactions that produce biologically relevant molecules in an efficient manner. Front loading screening collections with molecules possessing high ‘iterative efficiency potential’ is critical for expediting the drug discovery process. The discovery of such tools that perturb cellular systems is of high value to the scientific community and may be facilitated by rapid forays into MCR space that can produce a multitude of novel scaffolds with appropriate decoration for evaluation with a variety of different screening paradigms.Novel hypervalent iodine mediated C-H activation methodologies is also an active area of interest. Probing the scope of the transformation below and investigating applications toward the synthesis of new peptidomimetics will be an additional pursuit in the Hulme group.

This report discloses a novel concise synthesis of a series of 3-hydroxypyrazoles 5 via a tandem Ugi/debenzylation /hydrazine-mediated cyclization sequence. Herein, n-butyl isocyanide 4b was utilized as an alternative to classical convertible isocyanides enabling high yielding hydrazine-mediated cyclization. Taken together, a novel class of 3-hydroxypyrazoles 5a-5i was synthesized with potential to be of interest in future library enrichment strategies.

With 24.3 million people affected in 2005 and an estimated rise to 42.3 million in 2020, dementia is currently a leading unmet medical need and costly burden on public health. Seventy percent of these cases have been attributed to Alzheimer's disease (AD), a neurodegenerative pathology whose most evident symptom is a progressive decline in cognitive functions. Dual specificity tyrosine phosphorylation regulated kinase-1A (DYRK1A) is important in neuronal development and plays a variety of functional roles within the adult central nervous system. The DYRK1A gene is located within the Down syndrome critical region (DSCR) on human chromosome 21 and current research suggests that overexpression of DYRK1A may be a significant factor leading to cognitive deficits in people with Alzheimer's disease (AD) and Down syndrome (DS). Currently, treatment options for cognitive deficiencies associated with Down syndrome, as well as Alzheimer's disease, are extremely limited and represent a major unmet therapeutic need. Small molecule inhibition of DYRK1A activity in the brain may provide an avenue for pharmaceutical intervention of mental impairment associated with AD and other neurodegenerative diseases. We herein review the current state of the art in the development of DYRK1A inhibitors.

The aldol reaction has been evaluated in combination with the Ugi multicomponent reaction to assemble richly decorated mono- and polycyclic systems via expeditious cascade pathways. A small collection of pyrrolinones was generated thereof, and the scarcely accessible pyridoquinoxalinedione scaffold was also prepared by designing an additional nucleophilic substitution step in this domino sequence requiring minimal operational effort.