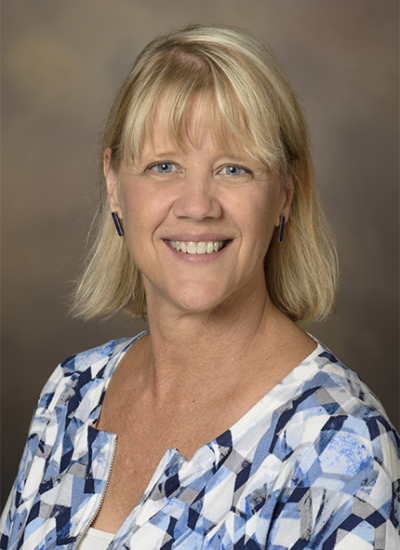 Research Interest
Research Interests Our objective is to define how integrin interactions within the tumor microenvironment impact prostate cancer development, hormonal resistance, and metastasis. Our approach is to understand the normal biology of the prostate gland and its microenvironment, as well as the bone environment, to inform on the mechanisms by which tumor cells remodel and use that environment to develop, acquire hormonal resistance, and metastasize. Our research is focused in three primary areas: 1) developing in vitro and in vivo models that recapitulate human disease based on clinical pathology, 2) identifying signal transduction pathway components that could serve as both clinical markers and therapeutic targets, and 3) defining the genetic/epigenetic programming involved in prostate cancer development.

In 2008 we published the first set of guidelines for standardizing research in autophagy. Since then, research on this topic has continued to accelerate, and many new scientists have entered the field. Our knowledge base and relevant new technologies have also been expanding. Accordingly, it is important to update these guidelines for monitoring autophagy in different organisms. Various reviews have described the range of assays that have been used for this purpose. Nevertheless, there continues to be confusion regarding acceptable methods to measure autophagy, especially in multicellular eukaryotes. A key point that needs to be emphasized is that there is a difference between measurements that monitor the numbers or volume of autophagic elements (e.g., autophagosomes or autolysosomes) at any stage of the autophagic process vs. those that measure flux through the autophagy pathway (i.e., the complete process); thus, a block in macroautophagy that results in autophagosome accumulation needs to be differentiated from stimuli that result in increased autophagic activity, defined as increased autophagy induction coupled with increased delivery to, and degradation within, lysosomes (in most higher eukaryotes and some protists such as Dictyostelium) or the vacuole (in plants and fungi). In other words, it is especially important that investigators new to the field understand that the appearance of more autophagosomes does not necessarily equate with more autophagy. In fact, in many cases, autophagosomes accumulate because of a block in trafficking to lysosomes without a concomitant change in autophagosome biogenesis, whereas an increase in autolysosomes may reflect a reduction in degradative activity. Here, we present a set of guidelines for the selection and interpretation of methods for use by investigators who aim to examine macroautophagy and related processes, as well as for reviewers who need to provide realistic and reasonable critiques of papers that are focused on these processes. These guidelines are not meant to be a formulaic set of rules, because the appropriate assays depend in part on the question being asked and the system being used. In addition, we emphasize that no individual assay is guaranteed to be the most appropriate one in every situation, and we strongly recommend the use of multiple assays to monitor autophagy. In these guidelines, we consider these various methods of assessing autophagy and what information can, or cannot, be obtained from them. Finally, by discussing the merits and limits of particular autophagy assays, we hope to encourage technical innovation in the field.

Integrin-mediated adhesion of epithelial cells to extracellular matrix (ECM) proteins induces prolonged tyrosine phosphorylation and partial activation of epidermal growth factor receptor (EGFR) in an integrin-dependent and EGFR ligand-independent manner. Integrin-mediated activation of EGFR in epithelial cells is required for multiple signal transduction events previously shown to be induced by cell adhesion to matrix proteins, including tyrosine phosphorylation of Shc, Cbl, and phospholipase Cgamma, and activation of the Ras/Erk and phosphatidylinositol 3'-kinase/Akt signaling pathways. In contrast, activation of focal adhesion kinase, Src, and protein kinase C, adhesion to matrix proteins, cell spreading, migration, and actin cytoskeletal rearrangements are induced independently of EGFR kinase activity. The ability of integrins to induce the activation of EGFR and its subsequent regulation of Erk and Akt activation permitted adhesion-dependent induction of cyclin D1 and p21, Rb phosphorylation, and activation of cdk4 in epithelial cells in the absence of exogenous growth factors. Adhesion of epithelial cells to the ECM failed to efficiently induce degradation of p27, to induce cdk2 activity, or to induce Myc and cyclin A synthesis; subsequently, cells did not progress into S phase. Treatment of ECM-adherent cells with EGF, or overexpression of EGFR or Myc, resulted in restoration of late-G(1) cell cycle events and progression into S phase. These results indicate that partial activation of EGFR by integrin receptors plays an important role in mediating events triggered by epithelial cell attachment to ECM; EGFR is necessary for activation of multiple integrin-induced signaling enzymes and sufficient for early events in G(1) cell cycle progression. Furthermore, these findings suggest that EGFR or Myc overexpression may provoke ligand-independent proliferation in matrix-attached cells in vivo and could contribute to carcinoma development.