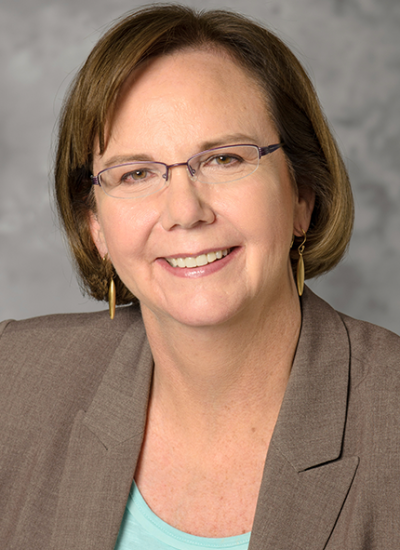 Division Chief, Infectious Disease
Professor, BIO5 Institute
Professor, Immunobiology
Professor, Medicine
Primary Department
Medicine
Department Affiliations
Medicine
(520) 626-6887
connicke@deptofmed.arizona.edu
Work Summary
Dr. Connick is a physician scientist who has dedicated her career to the improvement of health of individuals living with or at risk for HIV-1 infection. Her research ranges from laboratory based investigations of HIV-1 immunopathogenesis to clinical and epidemiological studies of novel immunotherapies and other interventions to improve health outcomes in people living with HIV-1.
Research Interest
Elizabeth Connick, M.D.'s laboratory focuses on the immunopathogenesis of HIV infection, particularly strategies employed by the virus to evade cellular immunity. Because most HIV replication occurs in secondary lymphoid tissues, much of her work has been focused on understanding the biology of HIV replication within lymphoid tissues and unique features of the host immune response at those sites. Other areas of interest include investigation of sex differences in HIV-1 infection as well as factors that promote accelerated cardiovascular disease in HIV-infected individuals.

We previously demonstrated that HIV replication is concentrated in lymph node B cell follicles during chronic infection and that HIV-specific CTL fail to accumulate in large numbers at those sites. It is unknown whether these observations can be generalized to other secondary lymphoid tissues or whether virus compartmentalization occurs in the absence of CTL. We evaluated these questions in SIVmac239-infected rhesus macaques by quantifying SIV RNA(+) cells and SIV-specific CTL in situ in spleen, lymph nodes, and intestinal tissues obtained at several stages of infection. During chronic asymptomatic infection prior to simian AIDS, SIV-producing cells were more concentrated in follicular (F) compared with extrafollicular (EF) regions of secondary lymphoid tissues. At day 14 of infection, when CTL have minimal impact on virus replication, there was no compartmentalization of SIV-producing cells. Virus compartmentalization was diminished in animals with simian AIDS, which often have low-frequency CTL responses. SIV-specific CTL were consistently more concentrated within EF regions of lymph node and spleen in chronically infected animals regardless of epitope specificity. Frequencies of SIV-specific CTL within F and EF compartments predicted SIV RNA(+) cells within these compartments in a mixed model. Few SIV-specific CTL expressed the F homing molecule CXCR5 in the absence of the EF retention molecule CCR7, possibly accounting for the paucity of F CTL. These findings bolster the hypothesis that B cell follicles are immune privileged sites and suggest that strategies to augment CTL in B cell follicles could lead to improved viral control and possibly a functional cure for HIV infection.

Moderna Vaccine Vs Pfizer Vaccine
Better Sleep Health May Make It Easier For Smokers To Quit
Leaving Women Out of Study Populations Can Cause ‘Great Harm’
Experts: COVID-19 Vaccine Trial Is Safe
Push To End HIV Epidemic in Us Complicated by ‘Brain Drain’
How Dr. Fauci, 5 Other Health Specialists Deal With COVID-19 Risks In Their Everyday Lives
More News