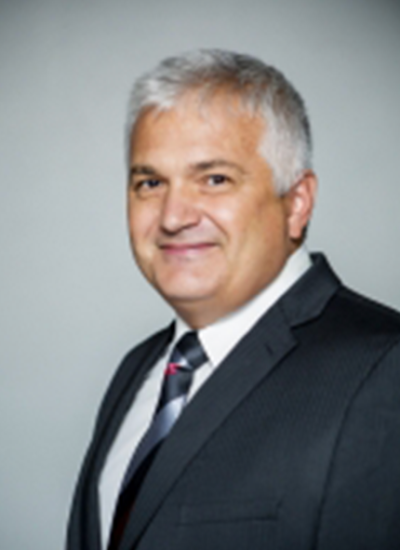 Dr. Enikov's area of expertise is the design of micro-actuators, MEMS devices, and sensors. Ongoing projects include the production of Inflatable Drug-Delivery Stents through the process of Dynamic Stabilization of Electro-Spinning. The research will examine theoretically the feasibility of trapping charged fibers and will establish the required trapping parameters.

Dr. Enikov's area of expertise is the design of micro-actuators, MEMS devices, and sensors. After completion of his training, he established the Advanced Micro- and Nanosystems Laboratory at the University of Arizona, where they have carried out numerous research projects involving precision assembly of micro-systems under optical feedback, development of wet actuators using ion-exchange polymers, pressure sensors, and accelerometers. In the last 8-years, his research has applied micro-technology to the development of medical devices. More specifically, they have developed a through-the-eye lid tactile tonometer capable of estimating intraocular pressure using an array of MEMS sensors. A second invention pertains to the development of an implantable ventricular peritoneal shunt with flow sensing capabilities. The present project represents a major focus of his laboratory. They have completed several early-stage studies on tactile tonometery supporting the present application. Given Dr. Enikov's technical background and prior effort in the area of tactile tonometery, he believes he is uniquely qualified to lead the proposed effort.

Purpose. To examine the interaction between the excimer laser and residual tissue. Methods. Ten cadaveric porcine eyes with exposed corneal stroma and plastic test spheres underwent uniform 6-mm ablation with a scanning excimer laser. Corneal profilometry of the central 3 mm was measured with submicrometer resolution optical interferometry, before and after uniform excimer ablation. Eleven surface-marked eyes were photomicrographed before and after excimer ablation. Images were superimposed, and mark positional changes were measured. Results. Uniform scanning excimer laser ablation of the corneal stroma produces a significant central steepening and peripheral flattening in the central 3-mm of the diameter. The central 1-mm corneal curvature radius (r) decreased from r = 10.07 ± 0.44 (95% CI) to 7.22 ± 0.30 mm, and the central 2-mm radius decreased from r = 10.16 ± 0.44 to 8.10 ± 0.43 mm. Q values, measuring asphericity in the 2-mm radius of the central cornea, were significantly lower before than after ablation (-5.03 ± 4.01 vs. -52.4 ± 18.7). Surface roughness increased significantly from 0.65 ± 0.06 to 1.75 ± 0.32 μm after ablation. The central 2 mm of the stromal surface contracted by 2.21% ± 0.80% at a sustained temperature of 5°C. Ablation of plastic spheres produced no significant change. Conclusions. The excimer laser interacts with the nonablated residual stromal surface in a characteristic fashion not seen with isotropic, inorganic material. Increases in asphericity, surface roughness, surface contraction, and stromal morphologic changes are supportive of this interaction. The surface changes demonstrated may be indicative of temperature-induced transverse collagen fibril contraction and stress redistribution, or the ablation threshold of the stromal surface may be altered. This phenomenon may be of increased importance using lasers with increased thermal load. © 2012 The Association for Research in Vision and Ophthalmology, Inc.

Tactile perception of complex symbols through tactile stimulation is an exciting application of a phenomenon known as tactile illusion (TI). Sensation of motion on the skin can be produced by a limited number of discrete mechanical actuators applying light pressure over the skin. This phenomenon can thus be used as a neurophysiological testing tool to determine central and peripheral nervous system injury as well as providing an additional human-machine communication channel. This paper describes the development of a 4 × 5 actuator array of individual vibrating pixels for fingertip tactile communication. The array is approximately one square centimeter and utilizes novel micro-clutch MEMS technology. The individual pixels are turned ON and OFF by pairs of microscopic composite thermal actuators, while the main vibration is generated by a vibrating piezo-electric plate. The physiological parameters required for inducing tactile illusion are described. The fabrication sequence for the thermal micro-actuators along with actuation results are also presented.

A composite actuator based on a polymer electrolyte and metal electrodes is described. Electrode deposition is described qualitatively with corresponding experimental results. A general continuum model describing the transport and deformation of solid polymer electrolyte processes is developed. The formulation is based on global integral postulates for the conservation of mass, momentum, energy, charge, and the second law of thermodynamics. The global equations are then localized in the volume and on the material surfaces bounding the polymer. The model is simplified to a three component system of a fixed negatively charged polymeric matrix, diffusing hydroxonium ions, and free water within the polymer matrix. Contrary to the existing electrostatic models, the deformation is attributed to water induced swelling. The proposed internal pressure based model includes the stress relaxation phenomenon due to water redistribution governed by Darcy's law.