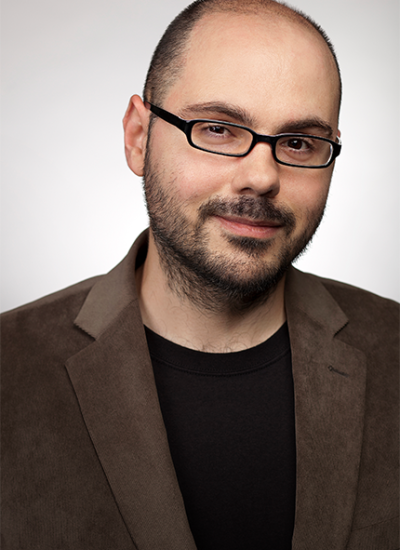 Assistant Professor, BIO5 Institute
Assistant Professor, Evelyn F Mcknight Brain Institute
Assistant Professor, Neurology
Assistant Professor, Neuroscience - GIDP
Assistant Professor, Psychology
Primary Department
Psychology
Department Affiliations
Neurology
Psychology
BIO5 Institute
(520) 621-7447
fabianf@email.arizona.edu
Work Summary
Fabian Fernandez's work includes a focus on identifying circadian factors during middle age that increase risk for later-life cognitive impairment, developing novel, light-based treatments to stem loss of cognition during aging, and establishing basic principles for how circadian function shapes memory processing.
Research Interest
Fabian Fernandez, PhD, Departments of Psychology and Neurology, McKnight Brain InstituteOur circadian profile, the relationship across time between our body's internal clock and the natural 24-hour schedule of light produced by the earth's rotation about its axis and orbital motion around the sun, shapes our biological fabric: how we develop, thrive, and ultimately decline. My laboratory uses animal models to define individual differences in circadian function that are likely to impact memory performance as people age. Episodic memory loss is one of the earliest features of cognitive, age-related disease and is often correlated with flattening of the circadian activity rhythm (CAR) amplitude and high CAR fragmentation. Based on my findings, I hope to characterize biomarkers that will identify 'midlife' individuals at risk for later memory problems, or Alzheimer's or vascular dementia, the two most common brain diseases affecting the elderly. A natural bedfellow to these efforts will be efforts to understand how the non-visible and visible light spectrum can be exploited to rehabilitate chronic circadian dysrhythmia. The eye uses a photoreceptor system to process circadian timing that is independent of the one it uses for visual perception. Unfortunately, little is known about the logic by which it does so. My laboratory will draw from the comparative biology literature to understand what features of naturally occurring daytime/nighttime light most influence the circadian pacemaker, and—with data we empirically collect—will put together a basic “programming language” for how to deliver light pulses to strengthen the pacemaker's operation when it has fallen into disrepair. Our long-term goal will be to embody this programming language in a small medical device that can give rhythms and cognition back to an unhealthy person while they are asleep.

Ts65Dn mice, like individuals with Down syndrome (DS), demonstrate a functional dissociation between explicit and implicit forms of memory, showing selective impairment in explicit or declarative learning tasks. Here, we explored Ts65Dn explicit memory deficits further by evaluating the ability of these mice to assimilate the temporal and spatial contexts under which previously novel objects had been encountered. We found that Ts65Dn mice could in fact form contextual representations of objects over the course of a few hours, contrary to their inability to discriminate object novelty over a more prolonged period of 24h. These results suggest that Ts65Dn mice might have particular difficulties in declarative tasks requiring long-term memory, presenting an especially important putative therapeutic target for pre-clinical and clinical DS research.

Classic IRES sequences are notorious for exerting biased expression in favor of upstream coding regions when placed into polycistronic vectors. Here, we report the development of a bicistronic lentiviral system based on the 1D/2A sequence from the foot-and-mouth disease virus that is able to maintain tightly balanced control of upstream and downstream protein expression for several days at a stoichiometry very closely approaching 1.0. Our results suggest that the 1D/2A sequence can be optimized in an FUGW lentiviral setting to coordinate expression of multiple polypeptides, presenting a potentially valuable tool to signaling network researchers and to the gene therapy community.

Recent studies have highlighted the dentate gyrus as a region of increased vulnerability in mouse models of Down syndrome (DS). It is unclear to what extent these findings are reflected in the memory profile of people with the condition. We developed a series of novel tasks to probe distinct medial temporal functions in children and young adults with DS, including object, spatial, and temporal order memory. Relative to mental age-matched controls (n = 45), individuals with DS (n = 28) were unimpaired on subtests involving short-term object or configural recall that was divorced from spatial or temporal contexts. By contrast, the DS group had difficulty recalling spatial locations when contextual information was salient and recalling the order in which objects were serially presented. Results are consistent with dysfunction of spatial and temporal contextual pattern separation abilities in individuals with DS, mediated by the hippocampus, including the dentate gyrus. Amidst increasing calls to bridge human and animal work, the memory profile demonstrated here in humans with DS is strikingly similar to that of the Ts65Dn mouse model of DS. The study highlights the trisynaptic circuit as a potentially fruitful intervention target to mitigate cognitive impairments associated with DS.

Decades of studies have shown that eliminating circadian rhythms of mammals does not compromise their health or longevity in the laboratory in any obvious way. These observations have raised questions about the functional significance of the mammalian circadian system, but have been difficult to address for lack of an appropriate animal model. Surgical ablation of the suprachiasmatic nucleus (SCN) and clock gene knockouts eliminate rhythms, but also damage adjacent brain regions or cause developmental effects that may impair cognitive or other physiological functions. We developed a method that avoids these problems and eliminates rhythms by noninvasive means in Siberian hamsters (Phodopus sungorus). The present study evaluated cognitive function in arrhythmic animals by using a hippocampal-dependent learning task. Control hamsters exhibited normal circadian modulation of performance in a delayed novel-object recognition task. By contrast, arrhythmic animals could not discriminate a novel object from a familiar one only 20 or 60 min after training. Memory performance was not related to prior sleep history as sleep manipulations had no effect on performance. The GABA antagonist pentylenetetrazol restored learning without restoring circadian rhythms. We conclude that the circadian system is involved in memory function in a manner that is independent of sleep. Circadian influence on learning may be exerted via cyclic GABA output from the SCN to target sites involved in learning. Arrhythmic hamsters may have failed to perform this task because of chronic inhibitory signaling from the SCN that interfered with the plastic mechanisms that encode learning in the hippocampus.