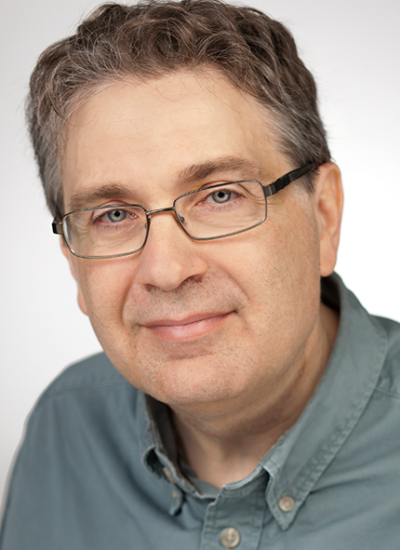 My research focuses on advancing our understanding of how and why aging impacts the brain and associated cognitive abilities. I use neuroimaging scans of brain function and structure together with measures of cognition and health status to identify those factors that influence brain aging and the risk for Alzheimer's disease. My work also includes identifying how health and lifestyle interventions can help to delay or prevent the effects of brain aging and Alzheimer's disease.

Dr. Alexander is Professor in the Departments of Psychology and Psychiatry, the Evelyn F. McKnight Brain Institute, and the Neuroscience and Physiological Sciences Graduate Interdisciplinary Programs of the University of Arizona. He is Director of the Brain Imaging, Behavior and Aging Lab, a member of the Internal Scientific Advisory Committee for the Arizona Alzheimer’s Consortium, and a member of the Scientific Advisory Board for the Arizona Evelyn F. McKnight Brain Institute. He received his post-doctoral training in neuroimaging and neuropsychology at Columbia University Medical Center and the New York State Psychiatric Institute. Prior to coming to Arizona, Dr. Alexander was Chief of the Neuropsychology Unit in the Laboratory of Neurosciences in the Intramural Research Program at the National Institute on Aging. Dr. Alexander has over 20 years experience as a neuroimaging and neuropsychology researcher in the study of aging and age-related neurodegenerative disease. He is a Fellow of the Association for Psychological Science and the American Psychological Association (Division 40) Society for Clinical Neuropsychology. His research has been supported by grants from the National Institutes of Health, the Evelyn F. McKnight Brain Research Foundation, the State of Arizona, and the Alzheimer’s Association. He uses structural and functional magnetic resonance imaging (MRI) and positron emission tomography (PET) combined with measures of cognition and behavior to investigate the effects of multiple health and lifestyle factors on the brain changes associated with aging and the risk for Alzheimer’s disease. Keywords: "Aging/Age-Related Disease", "Brain Imaging", "Cognitive Neurosicence", "Alzheimer's Disease"

Fluorodeoxyglucose positron emission tomography (PET) studies have found that patients with Alzheimer's dementia (AD) have abnormally low rates of cerebral glucose metabolism in posterior cingulate, parietal, temporal, and prefrontal cortex, We previously found that cognitively normal, late-middle-aged carriers of the apolipoprotein E ε4 allele, a common susceptibility gene for late-onset Alzheimer's dementia, have abnormally low rates of glucose metabolism in the same brain regions as patients with probable AD. We now consider whether ε4 carriers have these regional brain abnormalities as relatively young adults. Apolipoprotein E genotypes were established in normal volunteers 20-39 years of age. Clinical ratings, neuropsychological tests, magnetic resonance imaging, and PET were performed in 12 ε4 heterozygotes, all with the ε3/ε4 genotype, and 15 noncarriers of the ε4 allele, 12 of whom were individually matched for sex, age, and educational level. An automated algorithm was used to generate an aggregate surface-projection map that compared regional PET measurements in the two groups. The young adult ε4 carriers and noncarriers did not differ significantly in their sex, age, educational level, clinical ratings, or neuropsychological test scores. Like previously studied patients with probable AD and late-middle-aged ε4 carriers, the young ε4 carriers had abnormally low rates of glucose metabolism bilaterally in the posterior cingulate, parietal, temporal, and prefrontal cortex. Carriers of a common Alzheimer's susceptibility gene have functional brain abnormalities in young adulthood, several decades before the possible onset of dementia.

Brain imaging methods can be used to track declines in the cerebral metabolic rate for glucose (CMRgl) in the absence of symptoms in persons and laboratory animals at risk for Alzheimer's disease (AD). In fluorodeoxyglucose (FDG) positron emission tomography studies, late middle-aged, cognitively normal carriers of a common Alzheimer's susceptibility gene (the apolipoprotein E ε4 allele) had progressively reduced CMRgl in the same regions of the brain as patients with Alzheimer's dementia. In an FDG autoradiography study, transgenic mice carrying two copies of an Alzheimer's gene (a mutation in the amyloid precursor protein gene) had a similar CMRgl pattern, including progressively reduced CMRgl in the posterior cingulate cortex. Functional brain imaging techniques could be used to help bridge the gap between studies of patients with Alzheimer's dementia, cognitively normal persons at genetic risk for AD, and suitable laboratory animals. By providing a potential indicator of AD, these techniques could help clarify disease mechanisms and screen candidate treatments in at least some transgenic mice, and they could efficiently test the potential of candidate Alzheimer's prevention therapies in persons at genetic risk for the disorder. © 2001 Association for Research in Nervous and Mental Disease. Published by Elsevier Science B.V. All rights reserved.

We recently reported evidence for an association between the individual variation in normal human episodic memory and a common variant of the KIBRA gene, KIBRA rs17070145 (T-allele). Since memory impairment is a cardinal clinical feature of Alzheimer's disease (AD), we investigated the possibility of an association between the KIBRA gene and AD using data from neuronal gene expression, brain imaging studies, and genetic association tests. KIBRA was significantly over-expressed and three of its four known binding partners under-expressed in AD-affected hippocampal, posterior cingulate and temporal cortex regions (P