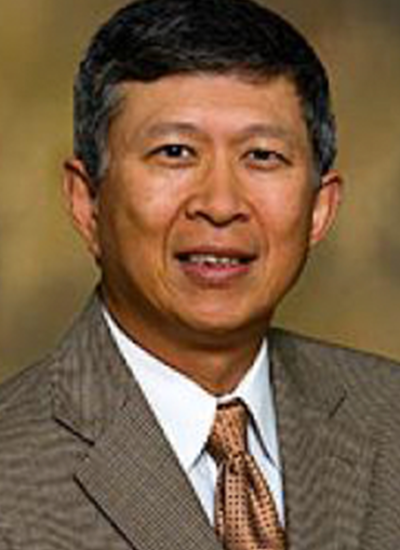 An integrated Web portal aiming to provide a one-stop shopping service to satisfy the information needs of researchers and practitioners in the field of nanotechnology, or nanoscale science and engineering (NNSE), is described. The portal, so called NanoPort system, features vertical searching, meta-searching, noun phrasing, self-organized topic map, and automatic summarization.

Recommender systems have been widely adopted in online applications to suggest products, services, and contents to potential users. Collaborative filtering (CF) is a successful recommendation paradigm that employs transaction information to enrich user and item features for recommendation. By mapping transactions to a bipartite user-item interaction graph, a recommendation problem is converted into a link prediction problem, where the graph structure captures subtle information on relations between users and items. To take advantage of the structure of this graph, we propose a kernel-based recommendation approach and design a novel graph kernel that inspects customers and items (indirectly) related to the focal user-item pair as its context to predict whether there may be a link. In the graph kernel, we generate random walk paths starting from a focal user-item pair and define similarities between user-item pairs based on the random walk paths. We prove the validity of the kernel and apply it in a one-class classification framework for recommendation. We evaluate the proposed approach with three real-world datasets. Our proposed method outperforms state-of-the-art benchmark algorithms, particularly when recommending a large number of items. The experiments show the necessity of capturing user-item graph structure in recommendation. © 2012 Elsevier B.V.

The rapid growth of the Internet has created a tremendous number of multilingual resources. However, language boundaries prevent information sharing and discovery across countries. Proper names play an important role in search queries and knowledge discovery. When foreign names are involved, proper names are often translated phonetically which is referred to as transliteration. In this research we propose a generic transliteration framework, which incorporates an enhanced Hidden Markov Model (HMM) and a Web mining model. We improved the traditional statistical-based transliteration in three areas: (1) incorporated a simple phonetic transliteration knowledge base; (2) incorporated a bigram and a trigram HMM; (3) incorporated a Web mining model that uses word frequency of occurrence information from the Web. We evaluated the framework on an English-Arabic back transliteration. Experiments showed that when using HMM alone, a combination of the bigram and trigram HMM approach performed the best for English-Arabic transliteration. While the bigram model alone achieved fairly good performance, the trigram model alone did not. The Web mining approach boosted the performance by 79.05%. Overall, our framework achieved a precision of 0.72 when the eight best transliterations were considered. Our results show promise for using transliteration techniques to improve multilingual Web retrieval. © Springer Science+Business Media, LLC 2007.

China, Russia, and India are playing an increasingly important role in global nanotechnology research and development (R&D). This paper comparatively inspects the paper and patent publications by these three countries in the Thomson Science Citation Index Expanded (SCI) database and United States Patent and Trademark Office (USPTO) database (1976-2007). Bibliographic, content map, and citation network analyses are used to evaluate country productivity, dominant research topics, and knowledge diffusion patterns. Significant and consistent growth in nanotechnology papers are noted in the three countries. Between 2000 and 2007, the average annual growth rate was 31.43% in China, 11.88% in Russia, and 33.51% in India. During the same time, the growth patterns were less consistent in patent publications: the corresponding average rates are 31.13, 10.41, and 5.96%. The three countries' paper impact measured by the average number of citations has been lower than the world average. However, from 2000 to 2007, it experienced rapid increases of about 12.8 times in China, 8 times in India, and 1.6 times in Russia. The Chinese Academy of Sciences (CAS), the Russian Academy of Sciences (RAS), and the Indian Institutes of Technology (IIT) were the most productive institutions in paper publication, with 12,334, 6,773, and 1,831 papers, respectively. The three countries emphasized some common research topics such as "Quantum dots," "Carbon nanotubes," "Atomic force microscopy," and "Scanning electron microscopy," while Russia and India reported more research on nano-devices as compared with China. CAS, RAS, and IIT played key roles in the respective domestic knowledge diffusion. © 2009 Springer Science+Business Media B.V.