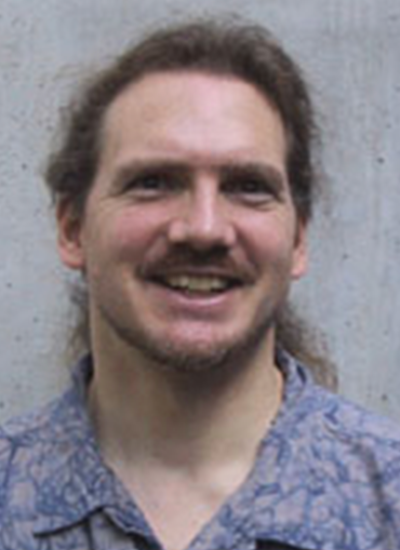 Kobus Barnard, PhD, is an associate professor in the recently formed University of Arizona School of Information: Science, Technology, and Arts (SISTA), created to foster computational approaches across disciplines in both research and education. He also has University of Arizona appointments with Computer Science, ECE, Statistics, Cognitive Sciences, and BIO5. He leads the Interdisciplinary Visual Intelligence Lab (IVILAB) currently housed in SISTA. Research in the IVILAB revolves around building top-down statistical models that link theory and semantics to data. Such models support going from data to knowledge using Bayesian inference. Much of this work is in the context of inferring semantics and geometric form from image and video. For example, in collaboration with multiple researchers, the IVILAB has applied this approach to problems in computer vision (e.g., tracking people in 3D from video, understanding 3D scenes from images, and learning models of object structure) and biological image understanding (e.g., tracking pollen tubes growing in vitro, inferring the morphology of neurons grown in culture, extracting 3D structure of filamentous fungi from the genus Alternaria from brightfield microscopy image stacks, and extracting 3D structure of Arabidopsis plants). An additional IVILAB research project, Semantically Linked Instructional Content (SLIC) is on improving access to educational video through searching and browsing.Dr. Barnard holds an NSF CAREER grant, and has received support from three additional NSF grants, the DARPA Mind’s eye program, ONR, the Arizona Biomedical Research Commission (ABRC), and a BIO5 seed grant. He was supported by NSERC (Canada) during graduate and post-graduate studies (NSERC A, B and PDF). His work on computational color constancy was awarded the Governor General’s gold medal for the best dissertation across disciplines at SFU. He has published over 80 papers, including one awarded best paper on cognitive computer vision in 2002.

We present a new method to fit grammar-based stochastic models for biological structure to stacks of microscopic images captured at incremental focal lengths. Providing the ability to quantitatively represent structure and automatically fit it to image data enables important biological research. We consider the case where individuals can be represented as an instance of a stochastic grammar, similar to L-systems used in graphics to produce realistic plant models. In particular, we construct a stochastic grammar of Alternaria, a genus of fungus, and fit instances of it to microscopic image stacks. We express the image data as the result of a generative process composed of the underlying probabilistic structure model together with the parameters of the imaging system. Fitting the model then becomes probabilistic inference. For this we create a reversible-jump MCMC sampler to traverse the parameter space. We observe that incorporating spatial structure helps fit the model parts, and that simultaneously fitting the imaging system is also very helpful. © 2007 IEEE.

We propose the idea of an online, user submitted digital library of recreation trails. Digital libraries of trails offer advantages over paper guidebooks in that they are more accurate, dynamic and not limited to the experience of the author(s). The basic representation of a trail is a GPS track log, recorded as recreators travel on trails. As users complete trips, the GPS track logs of their trips are submitted to the central library voluntarily. A major problem is that track logs will overlap and intersect each other. We present a method for the combination of overlapping and intersecting GPS track logs to create a network of GPS trails. Each trail segment in the network can then be characterized by automatic and manual means, producing a digital library of trails. We also describe the TopoFusion system which creates, manages and visualizes GPS data, including GPS networks.

We decided to test a surprisingly simple hypothesis; namely, that the relationship between an image of a scene and the chromaticity of scene illumination could be learned by a neural network. The thought was that if this relationship could be extracted by a neural network, then the trained network would be able to determine a scene's Illuminant from its image, which would then allow correction of the image colors to those relative to a standard illuminance, thereby providing color constancy. Using a database of surface reflectances and illuminants, along with the spectral sensitivity functions of our camera, we generated thousands of images of randomly selected illuminants lighting `scenes' of 1 to 60 randomly selected reflectances. During the learning phase the network is provided the image data along with the chromaticity of its illuminant. After training, the network outputs (very quickly) the chromaticity of the illumination given only the image data. We obtained surprisingly good estimates of the ambient illumination lighting from the network even when applied to scenes in our lab that were completely unrelated to the training data.

We develop a comprehensive Bayesian generative model for understanding indoor scenes. While it is common in this domain to approximate objects with 3D bounding boxes, we propose using strong representations with finer granularity. For example, we model a chair as a set of four legs, a seat and a backrest. We find that modeling detailed geometry improves recognition and reconstruction, and enables more refined use of appearance for scene understanding. We demonstrate this with a new likelihood function that rewards 3D object hypotheses whose 2D projection is more uniform in color distribution. Such a measure would be confused by background pixels if we used a bounding box to represent a concave object like a chair. Complex objects are modeled using a set or re-usable 3D parts, and we show that this representation captures much of the variation among object instances with relatively few parameters. We also designed specific data-driven inference mechanisms for each part that are shared by all objects containing that part, which helps make inference transparent to the modeler. Further, we show how to exploit contextual relationships to detect more objects, by, for example, proposing chairs around and underneath tables. We present results showing the benefits of each of these innovations. The performance of our approach often exceeds that of state-of-the-art methods on the two tasks of room layout estimation and object recognition, as evaluated on two bench mark data sets used in this domain. © 2013 IEEE.