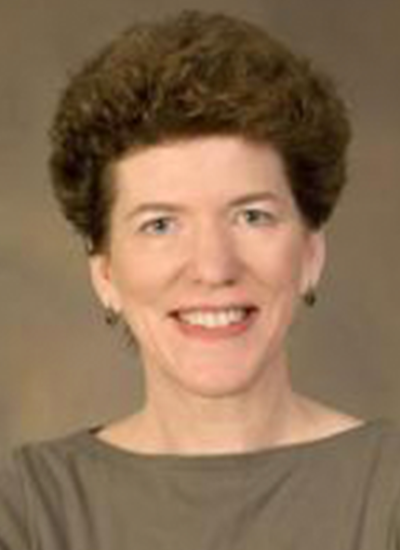 Work Summary
Janet Funk's work includes a focus on metastatic breast cancer that spans the research spectrum from bench to bedside, translational arthritis studies of the pharmacokinetics and safety of turmeric, and collaborative endocrinological studies evaluating the effects of obesity and insulin resistance on bone development in Hispanic girls, as well as effects of obesity on breast cancer risk in older women.

Research Interest
Janet L. Funk, MD, FACP, is a Professor of Medicine at the University of Arizona College of Medicine. Dr. Funk leads a federally-funded research team that is focused on identifying new treatments for chronic diseases that have strong inflammatory components, including metabolic bone diseases, such as arthritis, bone tumors and osteoporosis, and cardiovascular diseases, including diabetes. Recent studies have focused on the use of medicinal plants that have historically been used to treat inflammatory conditions, such as arthritis. By understanding whether and how these plants work in blocking inflammatory pathways in the body, we are striving to harness the power of nature and the wisdom of our ancestors to indentify new treatments for diseases that are common in our modern society. Discoveries we have made at the lab bench have allowed us to move forward into the clinics, building upon the old to discover the new.

4-Vinylcyclohexene diepoxide (VCD), an occupational chemical that targets ovarian follicles and accelerates ovarian failure in rodents, was used to test the effect of early-onset reproductive senescence on mammary fibroadenoma formation. One-month female Sprague Dawley rats were dosed with VCD (80 mg/kg or 160 mg/kg) and monitored for 22 months for persistent estrus and tumor development. Only high-dose VCD treatment accelerated the onset of persistent estrus relative to controls. However, both doses of VCD accelerated mammary tumor onset by 5 months, increasing incidence to 84% (vs. 38% in controls). Tumor development was independent of time in persistent estrus, 17 β-estradiol, androstenedione and prolactin. Delay in VCD administration until after completion of mammary epithelial differentiation (3 months) did not alter tumor formation despite acceleration of ovarian senescence. VCD administration to 1-month rats acutely decreased mammary alveolar bud number and expression of β-casein, suggesting that VCD's tumorigenic effect requires exposure during mammary epithelial differentiation.

Previous work showed that retaining residual ovarian tissue protects young mice from accelerated bone loss following ovarian failure. The present study was designed to determine whether this protection is also present in aged animals. Aged (9-12 months) C57BL/6Hsd female mice were divided into: CON (vehicle), VCD (160 mg/kg; 15d), or OVX (ovariectomized). Lumbar BMD was monitored by DXA and μCT used to assess vertebral microarchitecture. BMD was not different between VCD and CON at any time point but was lower (P

Previous studies have shown that endotoxin (lipopolysaccharide [LPS])-induced death can be prevented by preincubating LPS with lipoproteins in vitro or by infusing large quantities of lipids into animals prior to LPS administration. In the present study we determined whether physiological levels of lipids also provide protection. Serum lipid levels were decreased by two different mechanisms: administration of 4-aminopyrolo-(3,4-D)pyrimide, which prevents the hepatic secretion of lipoproteins, and administration of pharmacological doses of estradiol, which increases the number of hepatic low-density lipoprotein receptors, leading to increased lipoprotein clearance. In both hypolipidemic models, LPS-induced mortality is markedly increased compared with that of controls with normal serum lipid levels. In both hypolipidemic models, administration of exogenous lipoproteins, which increase levels of serum lipids into the physiological range, reduces the increased mortality to levels similar to that seen in normal animals. In normal lipidemic animals, 63% of 125I-LPS in plasma is associated with lipoproteins, where it would not be capable of stimulating cytokine production. In contrast, in hypolipidemic animals, very little LPS (12 to 17%) is associated with lipoproteins. Rather, more LPS is in the lipoprotein-free plasma compartment, where it could exert biological effects. In both hypolipidemic models, LPS produces a greater increase in serum tumor necrosis factor levels than it does in controls (three- to fivefold increase), and administration of exogenous lipoproteins prevents this increase. Cytokines, in particular tumor necrosis factor, are responsible for most of the toxic effects of LPS. These data provide evidence that physiological levels of serum lipids protect animals from LPS toxicity. Thus, lipoproteins, in addition to playing a role in lipid transport, may have protective functions. Moreover, as part of the immune response, cytokine-induced increases in serum lipid levels may play a role in host defense by decreasing the toxicities of biological and chemical agents.