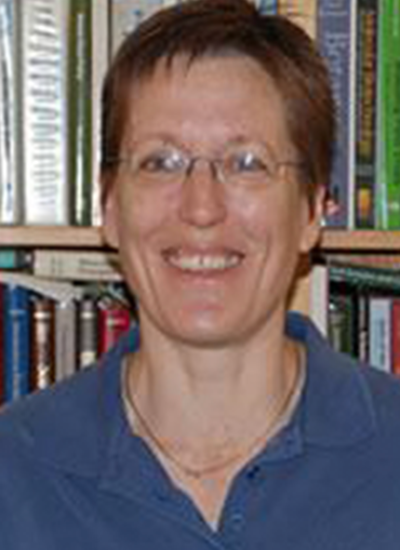 Research Interest
Joan Curry, PhD, stands in the field of research related to interfacial chemistry, which is a focus within physical chemistry. Within interfacial chemistry, she focuses on chemistry of molecules at the interfaces where solids and liquids come together. The term solid here includes mineral and bacterial surfaces found in soils and sediments, metal and oxide machine surfaces and cell surfaces found in the human body. Molecules can be water and ions that bathe soil surfaces, organics that lubricate machine parts and large biomacromolecules, such as proteins and lipopolysaccharides, attached to cells that mediate cell adhesion. Her specific interests are: 1) determining the effect of confinement on liquids in general and lubricants in particular and 2) characterizing the adhesive properties of cell surface biomacromolecules. The primary goal of this work is to understand how biomacromolecules that cover cell surfaces influence the interaction and adhesion of cells with other cells and with solid surfaces. Cells can be either bacteria or human cells. It is important to understand bacterial adhesion because it is the first step in biofilm formation, which has numerous undesirable consequences ranging from heat exchanger fouling to medical implant infections. Currently, very little is known about how bacterial surface biomacromolecules mediate adhesion and therefore it is still not possible to control or manipulate the process. Human cell adhesion is also mediated by biomacromolecules, in particular proteins that bind to one another through specific lock and key mechanisms. The structure of many cell adhesion proteins is well known but their function is still poorly understood. In collaboration with Ronald Heimark (Surgery), Dr. Curry is working to understand how heavy metals such as cadmium affect the binding of cell adhesion proteins called cadherins. This work will help scientists understand better how heavy metals may lead to birth defects and in adults could accelerate cardiovascular disease. This work is experimental and involves direct force measurements between biomembrane covered mica surfaces with the Surface Forces Apparatus (SFA). With the SFA it is possible to measure the magnitude and distance dependence of molecular forces acting between two flat surfaces with angstrom and nanonewton resolution.

This research investigated activated adsorption of a hydrophobic organic contaminant(HOC) in mineral micropores using experimental and molecular modeling techniques. Adsorption of trichloroethylene (TCE) on a silica gel adsorbent was measured using a frontal analysis chromatography technique at atmospheric and elevated fluid pressures. Increasing the fluid pressure yielded increased TCE uptake that was not released upon lowering the pressure back to atmospheric conditions. This showed that the increase in pressure was able to rapidly induce the formation of a desorption-resistant fraction that previous investigations have shown requires months to develop at atmospheric pressure. Grand Canonical Monte Carlo (GCMC) modeling was then used to elucidate the nature of water and TCE behavior within silica micropores. The GCMC modeling showed that molecular scale packing restrictions resulted in pore fluid densities that ranged from 0.28 to 0.78 of those in the bulk solution. The modeling also showed that TCE was able to displace water from hydrophilic mineral pores due to molecular scale packing restrictions. Exothermic isosteric heats for TCE adsorption up to -27 kJ/mol were observed and were greatest in pores of 7 and 8 A. This indicated that TCE adsorption was energetically most favorable in pores that were minimally large enough to accommodate a TCE molecule. The pressure-induced uptake appeared to result primarily from an increase in the packing density in the smallest pores. Ab initio calculations showed that small distortions of a TCE molecule from its low energy conformation require high activation energies. Results from this study indicate that activated adsorption requiring bond angle distortions in the adsorbate may be responsible forthe slow attainment of adsorptive equilibrium of HOCs on microporous solids. Likewise, activated desorption from molecular-sized adsorption sites may contribute to the slow release of HOCs from aquifer sediments.

Here we present the work of the 2006 University of Arizona team in the iGEM (international Genetically Engineered Machine) competition sponsored by MIT. Our aim was to develop an inducible water colour system for painting bacteria in three colours. Using BioBricks, a plasmid was designed for insertion into E. coli which would allow the bacterium to respond to each of three different chemical inducers by producing yellow, cyan or red fluorescent proteins. In principle the inducers could be deposited on a bacterial lawn using a high-resolution printer so that three colour images could be produced with a spatial resolution matching the size of the bacterium. This could be the first step towards producing a bacterial lawn that behaves like a canvas for watercolour painting or eventually a three-colour television set. The application connects with current interest in precise control of cellular response desired in biosensors and bioengineered materials. The University of Arizona iGEM team called the 'Cell Raisers' was assembled in May 2006 and worked enthusiastically throughout the summer. The team was comprised of six undergraduates (Tyler Brown, Brian Heinze, Patrick Hollinger, Josh Kittleson, Kevin MacDow, and Dan Reavis), one graduate student (Carlos Chang), and two faculty members (Joan Curry and Mark Riley). This proved to be an ambitious project, and while the final goal was not fully realised, first steps were made in terms of design, plasmid construction and bacterial deposition with an inkjet printer. Patrick Hollinger and Brian Heinze gave the technical presentation to judges and competing teams on Saturday, November 4, 2006 in MIT's Stata Center. The team also presented a poster that was viewed in the evening after all the presentations. For their efforts, the University of Arizona team received honourable mention with special consideration: 'For progress toward synthetic biology in three colours'. © 2007 The Institution of Engineering and Technology.

One to three layer cyclohexane films confined between mica-like surfaces are studied to elucidate changes in the film's lattice-type. The laterally confined film in equilibrium with the bulk fluid that is well into the liquid regime of its phase diagram. Monte Carlo simulations are conducted at constant chemical potential, temperature, and V = Ah, where A is the lateral area and h is the separation between the walls. One and two layers of fluid freeze as h increases. The one layer fluid has a triangular lattice, while the two layer fluid exhibits first a square lattice and then a triangular lattice with increasing surface separation. In contrast to previous studies, solidlike order is induced primarily by the strong fluid-solid interaction and is largely a function of pore width. A shift in the relative alignment of the surfaces perturbs the solidlike fluid structure but does not cause the sudden shear melting transition associated with epitaxial alignment of the fluid atoms with the surface. There is a correlation between the shear stress calculated in the computer experiments and that measured in Surface Forces Apparatus experiments.