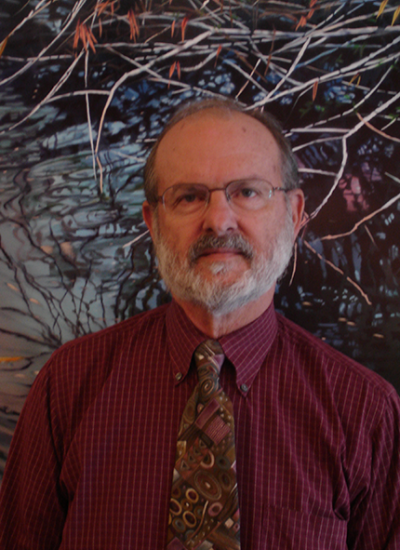 Valley Fever (coccidioidomycosis) occurs more in Arizona than anywhere else. My research and others at the Valley Fever Center for Excellence involve understanding how disease is caused by infection, how the immune system stops or prevents illness, and how we can better diagnose, treat, or prevent this public health problem.

Dr. Galgiani has focused his career on Arizona’s special problems with Valley Fever. His work has included studies of the impact of Valley Fever on the general population and on special groups such as organ transplant recipients and patients with AIDS. For 19 years, as part of the NIH-sponsored Mycoses Study Group, Dr. Galgiani has been the project director of a coccidioidomycosis clinical trials group. Through collaboration, this group has evaluated new therapies for Valley Fever more rapidly and with greater clarity than might otherwise have been possible by investigators working in isolation. Dr. Galgiani has also been involved with efforts to prevent Valley Fever through vaccination. His group discovered and patented a recombinant antigen which is the basis for a vaccine candidate suitable for further development and clinical trials. Most recently, he has become the project leader for developing a new drug, nikkomycin Z, for treating Valley Fever. With recent NIH and FDA grant awards, clinical trials with this drug were resumed in 2007. Dr. Galgiani is also Chief Medical Officer of Valley Fever Solutions, Inc, a start-up company founded to assist in the drug’s development. In 1996, the Arizona Board of Regents accepted Dr. Galgiani’s proposal to establish the Valley Fever Center for Excellence for the Arizona universities. Based at the University of Arizona, the Center is pledged to spread information about Valley Fever, help patients with the severest complications of this disease, and to encourage research into the biology and diseases of its etiologic agent. The Center maintains a website (www.VFCE.Arizona.edu) and answers inquiries from health care professionals located in Arizona, other parts of the United States, and even from other countries. The Valley Fever Corridor Project, begun in 2009, intends to facilitate communication among Arizona clinicians to also improve patient care. In 2011, The Valley Fever Center in Phoenix was announced as a partnership between St. Joseph’s Hospital and the UA College of Medicine in Phoenix. It began operation in June, 2012. Research is increasing into the environmental biology of the fungus within its desert soil habitat as well as how the fungus caused disease and the body’s immunity controls it. Since Arizona has the only medical schools situated directly within the endemic region for Valley Fever, it is quite appropriate that Arizona lead in solving this problem. As Director of the Center, Dr. Galgiani is working for its full implementation as a means of ensuring an institutional commitment to accomplish this goal. Keywords: Coccidioidomycosis, Valley Fever, antifungal drugs, vaccines, serologic tests,

Two recombinant antigens which individually protect mice from lethal intranasal infection were studied in combination, either as a mixture of two separately expressed proteins or as a single chimeric expression product. Mice vaccinated with either combination survived longer than mice given single antigens. Immunized mice also exhibited specific IgG immunoglobulins and yielded splenocytes which produced interferon-gamma in response to either antigen. The chimeric antigen has the practical advantage of offering enhanced protection from multiple components without increasing production costs.

Of 150,000 new coccidioidomycosis infections that occur annually in the United States, ≈1% disseminate; one third of those cases are fatal. Immunocompromised hosts have higher rates of dissemination. We identified 8 patients with disseminated coccidioidomycosis who had defects in the interleukin-12/interferon-γ and STAT3 axes, indicating that these are critical host defense pathways.

Valley fever (VF) is difficult to diagnose, partly because the symptoms of VF are confounded with those of other community-acquired pneumonias. Confirmatory diagnostics detect IgM and IgG antibodies against coccidioidal antigens via immunodiffusion (ID). The false-negative rate can be as high as 50% to 70%, with 5% of symptomatic patients never showing detectable antibody levels. In this study, we tested whether the immunosignature diagnostic can resolve VF false negatives. An immunosignature is the pattern of antibody binding to random-sequence peptides on a peptide microarray. A 10,000-peptide microarray was first used to determine whether valley fever patients can be distinguished from 3 other cohorts with similar infections. After determining the VF-specific peptides, a small 96-peptide diagnostic array was created and tested. The performances of the 10,000-peptide array and the 96-peptide diagnostic array were compared to that of the ID diagnostic standard. The 10,000-peptide microarray classified the VF samples from the other 3 infections with 98% accuracy. It also classified VF false-negative patients with 100% sensitivity in a blinded test set versus 28% sensitivity for ID. The immunosignature microarray has potential for simultaneously distinguishing valley fever patients from those with other fungal or bacterial infections. The same 10,000-peptide array can diagnose VF false-negative patients with 100% sensitivity. The smaller 96-peptide diagnostic array was less specific for diagnosing false negatives. We conclude that the performance of the immunosignature diagnostic exceeds that of the existing standard, and the immunosignature can distinguish related infections and might be used in lieu of existing diagnostics.

Previous studies have shown that dendritic cells (DC) pulsed with T27K, an antigenic preparation derived from spherules (of Coccidioides posadasii), activate peripheral blood mononuclear cells (PBMC) from nonimmune subjects as well as from patients with disseminated coccidioidomycosis. In this study, we have assessed the interaction between human DC and C. posadasii spherules in order to better understand the initial response between Coccidioides and the human host. Whole autoclaved spherules induced lymphocyte transformation in PBMC obtained from immune but not from nonimmune donors. Immature DC (iDC) bound fluorescein isothiocyanate-labeled spherules in a time- and temperature-dependent manner. This binding was blocked by the addition of mannan, suggesting mannose receptor involvement in the DC-Coccidioides interaction. Binding was subsequently associated with ingestion and intracellular processing of spherules. Coculturing of spherules with iDC was associated with the development of mature DC that were morphologically, phenotypically, and functionally similar to those induced by tumor necrosis factor alpha and prostaglandin E2. Finally, spherules incubated with iDC induced activation of PBMC from nonimmune donors. These data indicate that human DC are capable of binding, internalizing, and presenting antigens from Coccidioides spherules and suggest that DC may play a critical early role in the formation of a cellular immune response in human coccidioidomycosis.

Mouse models have facilitated the study of fungal pneumonia. In this report, we present the working protocols of groups that are working on the following pathogens: Aspergillus, Coccidioides, Cryptococcus, Fusarium, Histoplasma and Rhizopus. We describe the experimental procedures and the detailed methods that have been followed in the experienced laboratories to study pulmonary fungal infection; we also discuss the anticipated results and technical notes, and provide the practical advices that will help the users of these models.