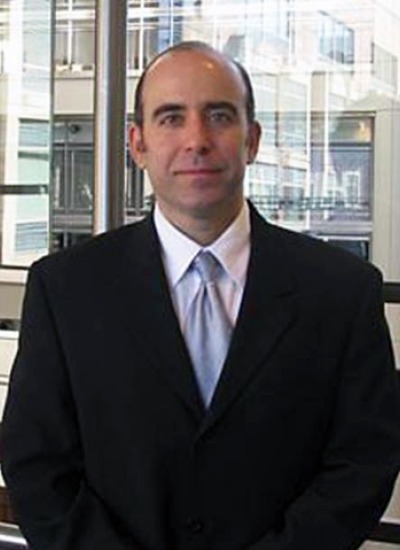 We use integrative omics, physiological human imaging and human iPSC-based microphysiological systems to elucidate the science of nutrient-responsive sensing and signaling processes with the aim of rationally applying this knowledge in development of effective personalized interventions. My topical expertise is in age-related macular degeneration and nutrition. My research teams have a central interest in mitochondrial physiology as a target system.

Dr. John Paul SanGiovanni joined the University of Arizona Department of Nutritional Sciences, Precision Nutrition and Wellness Initiative and BIO5 in the fall of 2019 after nearly twenty years as a scientist at the National Institutes of Health. Dr. SanGiovanni trained as a scholar and researcher in neuroscience, visual psychophysics, nutritional biochemistry, biostatistics, and epidemiologic research design at Harvard University, Brandeis University, and Boston College. He was the scientific director (Scientific Project Officer) and responsible party for the Age-Related Eye Disease Study (AREDS) and the Age-Related Eye Disease Study 2 (AREDS2). Dr. SanGiovanni earned his master and doctoral degrees from Harvard University. Profiles may be found on NeuroTree, LinkedIn and Google Scholar.

Dr. SanGiovanni’s teams work to advance knowledge on individual differences in nutrient sensing, transport, metabolism and nutrient-related signaling processes as a means to inform rational planning of effective interventions aimed at the enhancement of human health, extension of life and reduction of illness and disability.

At NIH, Dr. SanGiovanni acted as a central leader of teams advancing knowledge on the role of conditionally essential tissue-resident nutrients in health and disease of the retina and brain. His achievements span multi-center clinical trials that led to standard-of-care treatments for age-related degeneration (JAMA, 2013) to the first successful genome-wide association study on complex disease (Science, 2006) to mechanistic in vivo model-based studies elucidating actions of diet-based fatty acids in the retina (Nature Medicine, 2007). He received NIH Director’s Award from Dr. Elias Zerhouni in 2008 and Dr. Francis Collins in 2011 for his key contributions in developing the first resource in the NIH Database on Genotype and Phenotype (dbGaP) – in 2010 he was awarded the Norman Salem Jr. Early Career Award from the International Society on the Study of Fatty Acids and Lipids. Dr. SanGiovanni has published in Science (cover feature), Nature Medicine (cover feature), Science Translational Medicine, JAMA, PNAS, J. Neurosci., Pediatrics, FASEB Journal, Circulation, Oncotarget, and American Journal of Clinical Nutrition. His works have been cited over 19,900 times. He received > 1000 citations per year over the past decade, has seven works with over 500 citations, four works with over 1000 citations, two works with over 3000 citations and one work with over 5000.