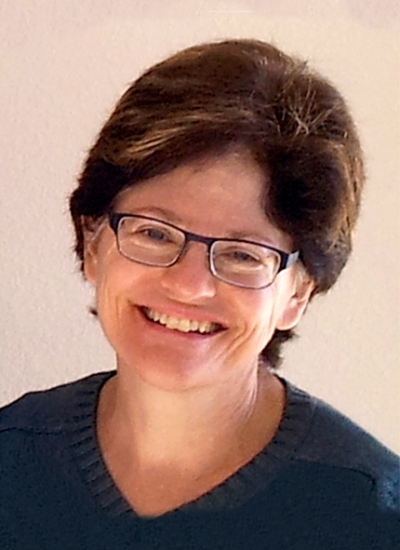 Judith L. Bronstein is University Distinguished Professor of Ecology and Evolutionary Biology, with a joint appointment in the Department of Entomology. Dr. Bronstein’s large, active lab focuses on the ecology and evolution of interspecific interactions, particularly on the poorly-understood, mutually beneficial ones (mutualisms). Using a combination of field observations, experiments, and theory, they are examining how population processes, abiotic conditions, and the community context determine net effects of interactions for the fitness of each participant species. Specific conceptual areas of interest include: (i) conflicts of interest between mutualists and their consequences for the maintenance of beneficial outcomes; (ii) the causes and consequences of "cheating" within mutualism; (iii) context-dependent outcomes in both mutualisms and antagonisms; and (iv) anthropogenic threats to mutualisms. In addition, she is Editor-in-Chief of The American Naturalist, a leading international journal in ecology and evolution. An award-winning instructor, Dr. Bronstein teaches at both the undergraduate and graduate levels; she has also run a large training grant administered by BIO5 that places life sciences graduate students in public school classrooms around Tucson. She serves in leadership positions in the College of Science (including chairing the College of Science Promotion and Tenure Committee for 2013), at the University, and at the Arizona-Sonora Desert Museum, where she is a member of the Board of Trustees and Chair of the Science and Conservation Council.

Some 25% of the hollow thorns of Acacia collinsii and 29% of those of A. cornigera at Palo Verde National Park, Guanacaste Province, Costa Rica were inhabited by arthropods. The fauna is composed of arthropods from 3 classes and 11 orders with ants, thrips, centipedes and larvae of various insect taxa most common. Overall, arthropods exhibited no trend towards use of thorns of a particular size or height on the plant, but Pseudomyrmex ants were found in larger than average A. cornigera thorns and centipedes in higher than average A. collinsii thorns. Several taxa occurred wholly or predominantly on one of the Acacia species. Hollow thorns appear to be an overabundant resource commonly available to arthropods once resident ants have deserted the dead or dying plant.-from Authors

Social insect colonies are complex systems in which the interactions of many individuals lead to colony-level collective behaviors such as foraging. However, the emergent properties of collective behaviors may not necessarily be adaptive. Here, we examine symmetry breaking, an emergent pattern exhibited by some social insects that can lead colonies to focus their foraging effort on only one of several available food patches. Symmetry breaking has been reported to occur in several ant species. However, it is not clear whether it arises as an unavoidable epiphenomenon of pheromone recruitment, or whether it is an adaptive behavior that can be controlled through modification of the individual behavior of workers. In this paper, we used a simulation model to test how symmetry breaking is affected by the degree of non-linearity of recruitment, the specific mechanism used by individuals to choose between patches, patch size, and forager number. The model shows that foraging intensity on different trails becomes increasingly asymmetric as the recruitment response of individuals varies from linear to highly non-linear, supporting the predictions of previous work. Surprisingly, we also found that the direction of the relationship between forager number (i.e., colony size) and asymmetry varied depending on the specific details of the decision rule used by individuals. Limiting the size of the resource produced a damping effect on asymmetry, but only at high forager numbers. Variation in the rule used by individual ants to choose trails is a likely mechanism that could cause variation among the foraging behaviors of species, and is a behavior upon which selection could act.

Mutualisms arc of central importance in biological systems. Despite growing attention in recent years, however, few conceptual themes have yet to be identified that span mutualisms differing in natural history. Here I examine the idea that the ecology and evolution of mutualisms are shaped by diverse costs, not only by the benefits they confer. This concept helps link mutualism to antagonisms such as herbivory, prédation, and parasitism, interactions defined largely by the existence of costs. I first briefly review the range of costs associated with mutualisms, then describe how one cost, the consumption of seeds by pollinator offspring, was quantified for one fig/pollinator mutualism. I compare this cost to published values for other fig/pollinator mutualisms and for other kinds of pollinating seed parasite mutualisms, notably the yucca/yucca moth interaction. I then discuss four issues that fundamentally complicate comparative studies of the cost of mutualism:. problems of knowing how to measure the magnitude of any one cost accurately; problems associated with using average estimates in the absence of data on sources of variation; complications arising from the complex correlates of costs, such as functional linkages between costs and benefits; and problems that arise from considering the cost of mutualism as a unilateral issue in what is fundamentally a reciprocal interaction. The rich diversity of as-yet unaddressed questions surrounding the costs of mutualism may best be investigated via detailed studies of individual interactions.