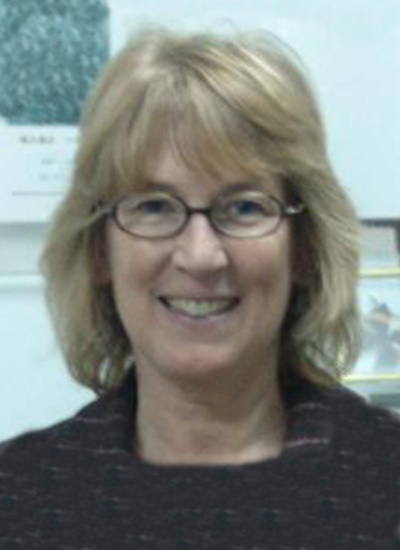 Judith Brown, PhD, and her research interests include the molecular epidemiology of whitefly-transmitted geminiviruses (Begomoviruses, Family: Geminiviridae), the basis for virus-vector specificity and the transmission pathway, and the biotic and genetic variation between populations of the whitefly vector, B. tabaci, that influence the molecular epidemiology and evolution of begomoviruses. Keywords: Plant viral genomics, emergent virus phylodynamics, functional genomics of insect-pathogen interactions

A study was undertaken to establish the diversity within the Bemisia tabaci (Gennadius) species complex in Argentina using the mitochondria cytochrome oxidase I gene (mt COI) as a molecular marker. For one haplotype, common to cotton in the Santiago Province, biotic characters were evaluated, and included host range and life history traits: fecundity, generation time, intrinsic rate of increase, longevity, and rate of reproduction. To investigate genetic diversity, B. tabaci were collected from representative geographical locations and host plants in six provinces of Argentina. Also, B. tabaci found colonizing tomato plants in nearby Bolivia, which exhibited viruslike symptoms, were included in the study. We report, for the first time, the presence of the introduced 'B' biotype in Argentina, and present evidence for indigenous or 'local' B. tabaci haplotypes in both Argentina (ARG) and Bolivia (BOL), which collectively formed a distinctive, South American phylogeographic grouping of New World B. tabaci. Two closely related ARG haplotypes, ARG2/3 from Salta and Tucamán, and ARGI from Santiago, shared 98.7% identity, whereas the Bolivian haplotype (BOL), their closet relative, shared 99.4% and 99.9% identity with ARGI and ARG2/3, respectively. Mt COI sequences for collections identified as the 'B' biotype from Argentina (ARG4/5) shared 99.5-100% nt identity with the five 'B' biotype reference sequences and colonies established for ARG4 and ARG5 were capable of inducing silvering in Cucurbita spp., confirming their identity as the B biotype. The closest relatives to the ARG/BOL haplotypes were members of the North/Central American clade of B. tabaci with which they shared 4.6 to 8.6% identity, indicating that the ARG and BOL B. tabaci are of New World origin. The latter range of divergence is similar to that estimated for the Old World B biotype and its closest relatives from the Mediterranean region, at 5.4 to 6.4%. Divergence estimates for Old World X Old World and New World X Old World phylogeographical clades were 14.6 to 16.2% and 14.4 to 17.4%, respectively, indicating that haplotypes in both eastern and western hemispheres exhibit substantial diversity from one another. Despite the somewhat more moderate interclade divergence for New World compared with Old World clades, the South American B. tabaci formed a distinctive New World clade, suggesting a common ancestry with other previously studied New World taxa, from which they are separated by geographical barriers. Life history traits for the cotton-associated B. tabaci haplotype (ARGI) were most similar to those previously reported for the polyphagous A biotype, AZA, from Arizona, and differed substantially with respect to the B biotype.

The recent upsurgence of Bemisia tabaci (Genn.) as an important insect pest and vector of Tomato yellow leaf curl virus (TYLCV) is directly linked to serious damage to tomato crops grown throughout Japan. The molecular genetic identification and phylogenetic relationships of 12 B. tabaci populations collected from representative locations in Japan were determined based on the mitochondrial cytochrome oxidase I (mtCOI) sequence. Phylogenetic analysis of the whitefly mtCOI sequence indicated that both the invasive B and Q biotypes now occur in Japan. The Q biotype was found at four locations: Mihara in Hiroshima, Nishigoshi in Kumamoto, Miyanojo and Okuchi in Kagoshima prefectures; the remaining eight collections were identified as the B biotype. This is the first report of the introduction of Q biotype in Japan.