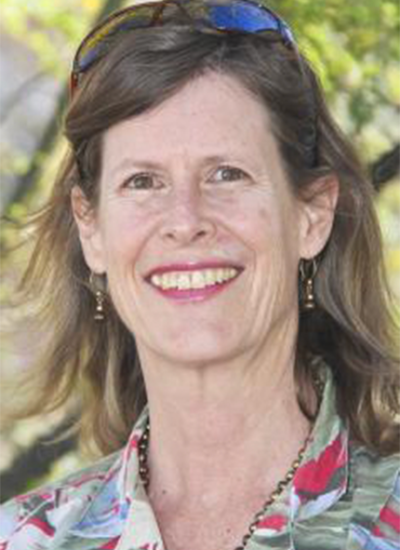 Research Interest
Dr. Farrell-Poe is the head of the Department of Agricultural and Biosystems Engineering. Her work focuses on developing extension education programs in cooperation with county faculty and their clientele including county, state, and federal agency staff, local public officials, elementary and secondary teachers, farmers, and ranchers.

The disposal of waste rinsate is a problem confronting commercial pesticide applicators. Environmental and legal issue must be addressed, and economic concerns continue to grow. In arid regions of the U.S. evaporation is a viable solution to reducing waste rinsate. This paper outlines recommendations for the construction of on-site facilities to assist in the collection and reduction of waste rinsate. A flat concrete pad with watertight curbing is recommended as the ideal facility for commercial applicators. Surface area as it relates to evaporation potential is discussed, and consideration is given to the variations in equipment boom width, nozzle discharge height and nozzle spray pattern.

Four rural municipalities were evaluated for their bacterial contributions to the nonpoint source pollution (NPSP) in the Little Bear agricultural watershed. Total and fecal coliform were investigated to determine the bacterial contributions of these municipalities. Grab samples collected from perennial streams upstream and downstream of these municipalities were collected for about 15 months in 1993-1994. Total and fecal coliform were statistically significantly higher downstream compared to upstream for each municipality. The number of total coliform bacteria in either the upstream or downstream samples did not exceed the State criterion of 5000/100 mL. However, the State numerical criteria for fecal coliform, 200/mL, was exceeded in downstream samples at least five times over the 15-month period for all four municipalities. Bacterial nonpoint source pollution from rural municipalities should be incorporated in the predictive computer models used to determine total NPSP from agricultural watersheds.

Onsite/decentralized terminology originated and evolved on the state or regional level in conjunction with regulatory or Agricultural Engineering Extension activities. Adapting terminology from one locale to match that used in another is increasingly cumbersome since resources originally developed to address local issues and inform consumers are now shared nationally. Significant advances from proprietary and academic research and development have resulted in a wide range of treatment options and best management practices in use nation wide. Several national initiatives are also underway to standardize industry practices, but inconsistent terminology is a barrier to acceptance of nationally-developed training materials and guidance documents. Ever-increasing interaction among industry sectors across the country now dictates the use of consistent vocabulary. To promote standardized terminology, the Consortium of Institutes for Decentralized Wastewater Treatment (CIDWT) has developed a glossary by gathering terms and definitions from a variety of sources. With funding provided by the US Environmental Protection Agency (EPA) through the Water Environment Research Federation (WERF), the project produced a glossary of commonly-used terms used in the onsite/decentralized wastewater treatment field. Standardization of terms and definitions will facilitate continued education and the exchange of information within both the academic and field practitioner realms. This paper discusses the project concept and goals and provides insight into the initial development of the glossary. It also presents an overview of the rigorous review process used to refine the terminology and definitions. Lastly, it describes the extensive scope of the stakeholders who to participated in the review and refinement process.