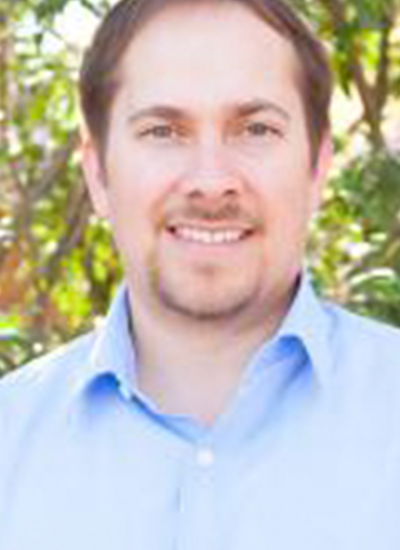 Approximately 795,000 Americans suffer a stroke each year, and 400,000 will experience long-term disability. The number of stroke survivors in the population is expected to double by 2025. Currently, treatments for stroke patients are limited to tissue plasminogen activator (TPA), but its use is limited to the first few hours after stroke. Therefore, the goal of our research is to develop new therapeutics that can promote repair and recovery in this rapidly growing population.

The Doyle lab investigates the role of the immune system in causing dementia after stroke. Up to 30% of stroke patients develop dementia in the months and years after their stroke and we are testing the hypothesis that in some patients this is due to a chronic inflammatory response that persists at the site of the stroke infarct. We suspect that in the weeks, months and possibly years after stroke, neurotoxic inflammatory mediators, including T cells, cytokines and antibodies, leak out of the stroke infarct and cause bystander damage to the surrounding tissue, which then both impairs recovery, and in some instances leads to cognitive decline. In support of this hypothesis we have data that demonstrates that inflammation persists for months at the site of the infarct after stroke, and that a single stroke can directly lead to the development of immune-mediated delayed cognitive deficits. We are currently in the process of targeting different components of the prolonged inflammatory response to stroke to determine if post stroke dementia can be treated by selectively ablating individual immune mediators such as B lymphocytes, T lymphocytes, and CCR2. Keywords: Neuroinflammation, stroke, dementia, Alzheimer's disease

Stroke is the leading cause of long-term disability in the United States, yet no drugs are available that are proven to improve recovery. Brain-derived neurotrophic factor stimulates neurogenesis and plasticity, processes that are implicated in stroke recovery. It binds to both the tropomyosin-related kinase B and p75 neurotrophin receptors. However, brain-derived neurotrophic factor is not a feasible therapeutic agent, and no small molecule exists that can reproduce its binding to both receptors. We tested the hypothesis that a small molecule (LM22A-4) that selectively targets tropomyosin-related kinase B would promote neurogenesis and functional recovery after stroke.

Ferumoxytol is an ultrasmall superparamagnetic iron oxide (USPIO) nanoparticle that is FDA-approved as an intravenous iron replacement therapy for the treatment of iron deficiency anemia in patients with chronic kidney disease. Ferumoxytol has also been used as a contrast agent for cerebral blood volume mapping by magnetic resonance imaging (MRI), which suggests it could be used for imaging hemodynamic abnormalities after stroke. However, circulating macrophages can internalize USPIOs, and recent data indicate that the accumulation of iron in macrophages can lead them to adopt the M1 pro-inflammatory phenotype. Therefore, the uptake of intravenously administered iron particles by circulating macrophages that home to the stroke core could potentially alter the inflammatory response to stroke. To test this possibility in vivo we administered a dose of ferumoxytol previously used to obtain cerebral blood volume maps in healthy humans by steady-state susceptibility contrast (SSC) MRI to BALB/cJ mice 48h after stroke and examined cytokine levels, microglial/macrophage activation, and lesion volume in the brain 5 days later. Treatment with ferumoxytol did not lead to any differences in these parameters. These data indicate that the use of ferumoxytol as a contrast agent for brain imaging after stroke does not alter the inflammatory response to stroke in mice, and is therefore unlikely to do so in human subjects.

Primate models are essential tools for translational research in stroke but are reportedly inconsistent in their ability to produce cortical infarcts of reproducible size. Here, we report a new stroke model using a transorbital, reversible, two-vessel occlusion approach in male rhesus macaques that produces consistent and reproducible cortical infarcts. The right middle cerebral artery (distal to the orbitofrontal branch) and both anterior cerebral arteries were occluded with vascular clips. Bilateral occlusion of the anterior cerebral artery was critical for reducing collateral flow to the ipsilateral cortex. Reversible ischemia was induced for 45, 60, or 90 mins (n=2/timepoint) and infarct volume and neurologic outcome were evaluated. The infarcts were located predominantly in the cortex and increased in size with extended duration of ischemia determined by T(2)-weighted magnetic resonance imaging . Infarct volume measured by 2,3,5-triphenyl tetrazolium chloride and cresyl violet staining corroborated magnetic resonance imaging results. Neurologic deficit scores worsened gradually with longer occlusion times. A subset of animals (n=5) underwent 60 mins of ischemia resulting in consistent infarct volumes primarily located to the cortex that correlated well with neurologic deficit scores. This approach offers promise for evaluating therapeutic interventions in stroke.