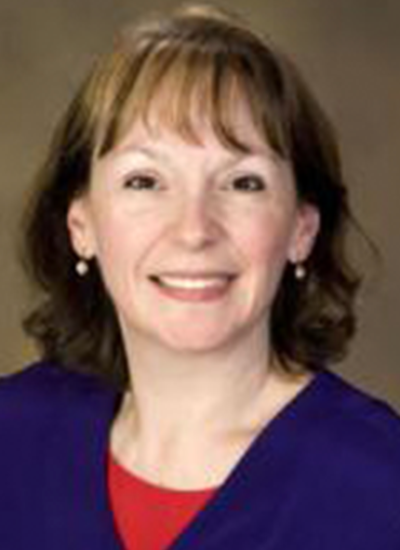 Linda L. Restifo, MD, PhD, has an overarching interest in the genetics of brain development, ranging from the control of large-scale morphogenetic movements to the remodeling of individual neurons. Her lab uses the fruit fly model system, Drosophila melanogaster, in part because of its phylogenetic similarities to mammals. In particular, they are using fruit flies to understand human developmental brain disorders, such as mental retardation and autism, and as a drug-discovery tool. Methods include genetic manipulations, primary neuron cell culture, immunostaining and confocal microscopy, expression profiling (with Affymetrix microarrays), bioinformatics, and software development for neuron-image analysis.In order to study genetic pathways that control brain morphogenesis and neuronal plasticity, the focus pertains to the metamorphosis portion of development because the nervous system undergoes dramatic changes, including neuronal remodeling. These changes are under the control of a steroid hormone, 20-hydroxyecdysone (20E), whose receptor subunits are members of the nuclear receptor superfamily. At the cellular level, steroid hormone-induced changes in neuronal structure and function are very similar in mammals and insects.Many of our studies deal with a fascinating brain region known as mushroom bodies. They are remodeled during metamorphosis and mediate complex adult behaviors, including some forms of learning and memory. Using dissociated cell culture methods, the lab group demonstrated that 20E promotes neurite outgrowth of mushroom body neurons harvested early in the metamorphic interval. Dr. Restifo’s group also found a number of neuronal morphology phenotypes in vitro, which suggested that cell culture could provide a sensitive assay system for identifying neuronal defects.Broad Complex transcription factors play a pivotal role in mediating 20E-regulated nervous system metamorphosis. This family of BTB-zinc-finger proteins (BRC-Z1 through -Z4) is generated by alternative splicing of transcripts from a large gene directly induced by 20E in the CNS and other tissues. Transgenic-rescue and spatial expression studies support a model of BRC function in coordinating cell-cell interactions that underlie central nervous system morphogenetic movements.Hundreds of human genes can mutate to a mental retardation (MR) phenotype, either in isolation or as part of a syndrome. Bioinformatics methods show that 75% of human MR genes have a candidate functional ortholog in Drosophila. To date, four of the Drosophila genes have been shown by others to have learning or memory phenotypes, and we predict that this will be true for many more of them. Dr. Restifo has shown that mutants of Drosophila fragile X mental retardation 1 (dfmr1) have defects in mushroom body development during metamorphosis. A major new initiative uses mushroom body cell culture methods to search for neuronal phenotypes of MR gene mutants in vitro. Her long-term goal is to use the Drosophila system as a stepping stone for discovery of drugs that will benefit human MR patients... :)