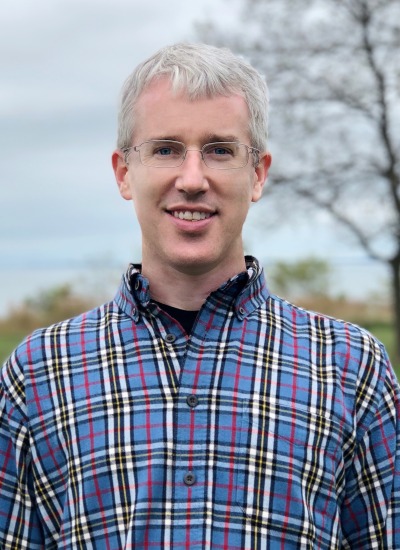 The Wohlgemuth Lab is focused on how circuits in the brain contribute to sensory-guided adaptive behaviors. The goal is to study how an integrated bottom-up and top-down cortico-fugal network controls behavior on multiple time-scales: from the rapid reactions to arriving sensing information indicative of bottom-up processing, to the longer time-scale governance of categorical behavioral control that is directed by top-down signaling. To study these phenomena, the lab uses the model system of the echolocating bat. The bat provides a way to study how the brain evolved to perform under controlled, laboratory experimentation. To research these questions, the lab employs computer modeling of behavior, multi-channel electrophysiology to relate changes in behavior to changes in brain activity, and optogenetics to test causal hypotheses about the role of different circuit components in sensorimotor integration across time-scales. By combining computational ethology and modeling, electrophysiology, calcium imaging, and optogenetics, the Wohlgemuth Lab offers new insights into circuit-level processing for both rapid control of sensory-guided adaptive behaviors and long-term goal-planning.

The Wohlgemuth Lab was started at University of Arizona in January, 2020. The lab combines computational ethology of natural behaviors, computational modeling of neural data, and multi-channel wireless physiology and optogenetics in freely behaving animals to understand how the brain interacts with the natural environment. Specifically, the lab is focused on the control of the echolocating bat’s natural hunting and navigation behaviors across time-scales as a general model for how the brain receives and reacts to sensory cues under real-world conditions.

Dr. Wohlgemuth’s primary goal as a scientist is to understand how circuits in the brain contribute to natural behaviors for interacting with the world on multiple timescales and dimensions (i.e. azimuth, elevation, and distance). Dr. Wohlgemuth completed his Ph.D. studying the motor control of vocal behaviors, examining how the brain of the bird controls its vocal musculature for the production of song in the laboratory of Dr. Michael Brainard at the University of California, San Francisco. This research involved chronically recording single neuron activity from the vocal motor cortex of the singing bird, relating neuronal activity with the moment-by-moment coding of individual syllables of the bird’s song, as well as overall control of global syllable sequencing. The focus was on how differences in brain activity lead to differences in motor control, and through this research, Dr. Wohlgemuth became very interested in how arriving sensory information is processed to adapt these vocal motor programs. Therefore, as a postdoctoral research Dr. Wohlgemuth chose to work on the echolocating bat because the influence of auditory information on vocal planning is a robust behavior for laboratory studies in this animal.

In his time in Dr. Cynthia Moss’s laboratory as a postdoctoral fellow, Dr. Wohlgemuth completed a variety of related projects investigating dynamic neural activity in relationship to the natural behaviors of the echolocating bat. He studied the superior colliculus (SC) because it sits at the hub of a circuit responsible for processing incoming sensory information about an object’s location into species-specific orienting behaviors. For the bat, this process involves the integration of sonar echo acoustic information into sonar vocalizations as well as adaptive ear and head movements. To research natural, adaptive behavioral control in the echolocating bat, as well as the role of the SC in these sensorimotor processes, Dr. Wohlgemuth completed several projects examining both the behavior of the bat, as well as underlying neural activity in the SC and hippocampus. The first project examined the encoding of the bat’s own sonar vocalizations in the SC. This research determined that the selectivity of auditory neurons in the more superficial sensory layers of the SC was greater than in the deeper, more motor-related layers. Interestingly, auditory selectivity was only found in response to biologically-relevant sounds, with artificial sounds failing to elicit selective responses in the SC. This result points to the importance of neuronal selectivity for sounds related to orientation by sonar, identified signals related to target selection for adaptive motor planning in the SC, and further motivated an ethological approach to understanding brain function.

In addition, Dr. Wohlgemuth also performed several studies evaluating the vocal and body orientation adaptations performed by a bat while it tracks moving prey and navigates through space. These experiments characterized the adaptive planning of signal design (i.e., sonar vocalizations) and signal reception (i.e., head and pinna positioning) for the bat’s active sensing systems. This work found that the bat coordinates adaptive vocal behaviors with movements of the head and ears at millisecond precision with respect, as well as over longer time-frames related to gross target motion. Additionally, this research identified how the bat must simultaneously adapt two motor behaviors (i.e., vocal and postural) in the context of its natural, active-sensing behaviors. The results of these experiments were important for additional projects examining the activity of single neurons in the SC while the bat was engaged in several naturally inspired, acoustic orienting tasks including hunting and spatial navigation behaviors. This work identified sensory, sensorimotor, and motor neurons related to each facet of adaptive sonar behaviors, and interestingly, how the activity of SC neurons is dynamically modified with respect to adaptive changes in the bat’s echolocation behaviors. This research was the first to identify 3D tuning of SC neurons (i.e., azimuth, elevation, and distance) to physical objects in the world, as well as how the spatial tuning of SC neurons sharpen as the bat increases vocal rate, thus increasing the sensory sample rate of its environment. In order to compare results discovered on egocentric tuning of SC neurons, Dr. Wohlgemuth also performed studies on the hippocampus in the echolocating bat to examine allocentric space tuning. This work demonstrated an inverse relationship between the size of hippocampal place fields and the ongoing vocal rate of the bat used to sense the environment. These results demonstrate the importance of studying the brain in a biologically-relevant context: without the bat performing its natural behaviors, it would not have been possible to uncover these novel features of the SC or hippocampus in the context of behaviors for interacting with the natural world.

Current research efforts are focused on how circuits in the brain of the bat contribute to sensory-guided adaptive behaviors. The goal is to study how an integrated bottom-up and top-down cortico-fugal network controls behavior on multiple time-scales: from the rapid reactions to arriving sensing information indicative of bottom-up processing, to the longer time-scale governance of categorical behavioral control that is directed by top-down signaling. The lab employs computational modeling behaviors and multi-channel electrophysiology to relate changes in behavior to changes in brain activity. Additionally, the lab recently developed new technologies of virus injections to both monitor (e.g., calcium imaging) and manipulate (e.g., optogenetics) circuits in the brain of the bat. These efforts will involve existing collaborations with colleagues at Johns Hopkins University (2-photon imaging in Dr. Kishore Kuchibhotla’s Lab), and with members of the Department of Biomedical Engineering at the University of Arizona (Dr. Philipp Gutruf) to develop wireless optogenetic technologies. By combining computational ethology and modeling, electrophysiology, calcium imaging, and optogenetics, the Wohlgemuth Lab will offer new insights into circuit-level processing for both rapid control of sensory-guided adaptive behaviors and long-term goal-planning.