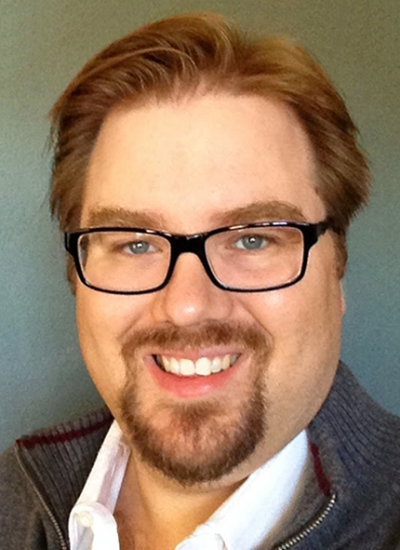 Michael Barker is an evolutionary biologist studying the origins of biological diversity, particularly how abrupt genomic changes such as polyploidy, chromosomal change, and hybridization have contributed to the evolution of plant diversity. Biologists have long been fascinated by these processes because they create unique opportunities for the evolution of ecological and phenotypic novelty with the potential for relatively rapid speciation. Although assessing the importance of these abrupt changes has historically been a difficult task, advances in genomics and bioinformatics have created new opportunities for addressing these longstanding questions. By integrating new computational and evolutionary genomic tools with traditional approaches such as molecular evolution, phylogenetics, mathematical modeling, and experimental work Barker's lab currently studies 1.) the contributions of recent and ancient polyploidy to eukaryotic diversity; 2.) the evolution of chromosome number and genome organization; and 3.) the impact of hybridization on speciation and novelty.

The Asteraceae (Compositae) is a large family of over 20,000 wild, weedy, and domesticated species that comprise approximately 10% of all angiosperms, including annual and perennial herbs, shrubs and trees, and species on every continent except Antarctica. As a result, the Asteraceae provide a unique opportunity to understand the evolutionary genomics of lineage radiation and diversification at numerous phylogenetic scales. Using publicly available expressed sequence tags from 22 species representing four of the major Asteraceae lineages, we assessed neutral and nonneutral evolutionary processes across this diverse plant family. We used bioinformatic tools to identify candidate genes under selection in each species. Evolution at silent and coding sites were assessed for different Gene Ontology functional categories to compare rates of evolution over both short and long evolutionary timescales. Our results indicate that patterns of molecular change across the family are surprisingly consistent on a macroevolutionary timescale and much more so more than would be predicted from the analysis of one (or many) examples of microevolution. These analyses also point to particular classes of genes that may be crucial in shaping the radiation of this diverse plant family. Similar analyses of nuclear and chloroplast genes in six other plant families confirm that many of these patterns are common features of the plant kingdom. © 2011 The Author.

Background and AimsTo assess the number and phylogenetic distribution of large-scale genome duplications in the ancestry of Actinidia, publicly available expressed sequenced tags (ESTs) for members of the Actinidiaceae and related Ericales, including tea (Camellia sinensis), were analysed.MethodsSynonymous divergences (Ks) were calculated for all duplications within gene families and examined for evidence of large-scale duplication events. Phylogenetic comparisons for a selection of orthologues among several related species in Ericales and two outgroups permitted placement of duplication events in relation to lineage divergences. Gene ontology (GO) categories were analysed for each whole-genome duplication (WGD) and the whole transcriptome.Key ResultsEvidence for three ancient WGDs in Actinidia was found. Analyses of paleologue GO categories indicated a different pattern of retained genes for each genome duplication, but a pattern consistent with the dosage-balance hypothesis among all retained paleologues.ConclusionsThis study provides evidence for one independent WGD in the ancestry of Actinidia (Ad-), a WGD shared by Actinidia and Camellia (Ad-), and the well-established At- WGD that occurred prior to the divergence of all taxa examined. More ESTs in other taxa are needed to elucidate which groups in Ericales share the Ad- or Ad- duplications and their impact on diversification. © The Author 2010.

Sceptridium dissectum, the most variable North American grapefern species, demonstrates variation in degree of blade dissection, blade color, pinnule shape, and pinnule margins. Historically, various morphologies have been included within S. dissectum. For example, Clausen's monograph recognized five infraspecific taxa in S. dissectum, of which only the morphologies of variety dissectum and obliquum are currently retained. However, the taxonomic status of the two varieties has been debated. We used ISSR (Inter-Simple Sequence Repeat) markers to assess the genetic distinctness of S. dissectum var. dissectum and var. obliquum in 17 Ohio populations. Five ISSR primers generated 69 reproducible loci. In UPGMA analyses and AMOVA, S. dissectum var. dissectum individuals did not cluster separately from var. obliquum individuals, nor did individuals from the same population cluster together. ISSR markers revealed levels of population genetic structure in S. dissectum similar to levels detected by previous isozyme investigations. Our results concur with recent treatments of S. dissectum that do not formally recognize infraspecific taxa, and may bring into question current species circumscriptions in Sceptridium. We illustrate the use of ISSR markers for examining taxonomic boundaries in Sceptridium.

Twenty-first century technology is addressing many of the questions posed by 20th-century biology. Although the new approaches, especially those involving genomic data and bioinformatic tools, were first applied to model organisms, they are now stretching across the tree of life. Here, we review some recent revelations in the ferns. We first examine how DNA sequence data have contributed to our understanding of fern phylogeny. We then address evolution of the fern plastid genome, including reports of high levels of RNA editing. Recent studies are also shedding light on the evolution of fern nuclear genomes. Initial analyses of genomic data suggest that despite their very high chromosome numbers homosporous ferns may have experienced relatively few rounds of genome duplication. Genomic data are enabling researchers to examine speciation rates and the mechanisms underlying the formation of new fern species. We also describe genetic tools that have been used to study gene function and development in ferns. Recent findings in fern biology are providing insights that are not only pertinent to this major component of the land flora but can also help to provide an improved evolutionary context for research on flowering plants. © 2010 by American Institute of Biological Sciences. All rights reserved.