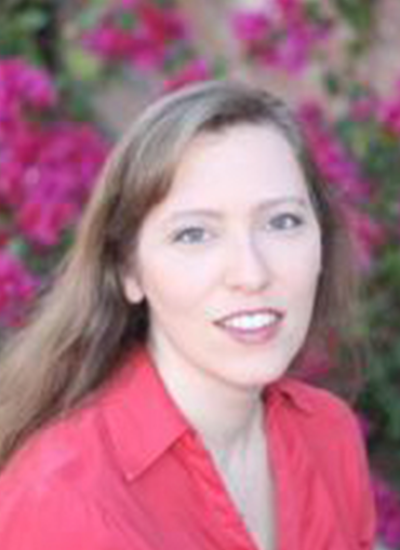 Dr. Mosher studies methylation of DNA in plants and how these epigenetic marks are transmitted from parent to offspring.

The fission yeast clade - comprising Schizosaccharomyces pombe, S. octosporus, S. cryophilus, and S. japonicus - occupies the basal branch of Ascomycete fungi and is an important model of eukaryote biology. A comparative annotation of these genomes identified a near extinction of transposons and the associated innovation of transposon-free centromeres. Expression analysis established that meiotic genes are subject to antisense transcription during vegetative growth, which suggests a mechanism for their tight regulation. In addition, trans-acting regulators control new genes within the context of expanded functional modules for meiosis and stress response. Differences in gene content and regulation also explain why, unlike the budding yeast of Saccharomycotina, fission yeasts cannot use ethanol as a primary carbon source. These analyses elucidate the genome structure and gene regulation of fission yeast and provide tools for investigation across the Schizosaccharomyces clade.

In plants, the most abundant class of small RNAs are 24-nucleotide short interfering (si)RNA. These siRNAs are produced at thousands of discrete genomic locations through the action of the plant-specific DNA-dependent RNA polymerase IV (Pol IV). Pol IV-dependent siRNAs catalyze repressive DNA methylation on transposable elements and other repetitive sequences, but might trigger diverse chromatin modifications at distinct genomic locations, such as DNA demethylation or histone modification. Pol IV-dependent siRNAs are expressed abundantly, and sometimes exclusively, in the developing endosperm, where they are produced from only the maternal chromosomes. The biological role of Pol IV-dependent siRNAs is unclear, but might involve interaction between different genomes or alleles, or stabilizing and buffering the genome from genetic and epigenetic modifications.

Small RNA-mediated chromatin modification is a conserved feature of eukaryotes. In flowering plants, the short interfering (si)RNAs that direct transcriptional silencing are abundant and subfunctionalization has led to specialized machinery responsible for synthesis and action of these small RNAs. In particular, plants possess polymerase (Pol) IV and Pol V, multi-subunit homologs of the canonical DNA-dependent RNA Pol II, as well as specialized members of the RNA-dependent RNA Polymerase (RDR), Dicer-like (DCL), and Argonaute (AGO) families. Together these enzymes are required for production and activity of Pol IV-dependent (p4-)siRNAs, which trigger RNA-directed DNA methylation (RdDM) at homologous sequences. p4-siRNAs accumulate highly in developing endosperm, a specialized tissue found only in flowering plants, and are rare in nonflowering plants, suggesting that the evolution of flowers might coincide with the emergence of specialized RdDM machinery. Through comprehensive identification of RdDM genes from species representing the breadth of the land plant phylogeny, we describe the ancient origin of Pol IV and Pol V, suggesting that a nearly complete and functional RdDM pathway could have existed in the earliest land plants. We also uncover innovations in these enzymes that are coincident with the emergence of seed plants and flowering plants, and recent duplications that might indicate additional subfunctionalization. Phylogenetic analysis reveals rapid evolution of Pol IV and Pol V subunits relative to their Pol II counterparts and suggests that duplicates were retained and subfunctionalized through Escape from Adaptive Conflict. Evolution within the carboxy-terminal domain of the Pol V largest subunit is particularly striking, where illegitimate recombination facilitated extreme sequence divergence.