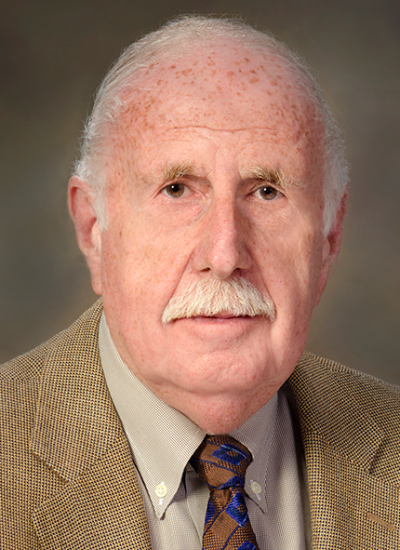 Professor, Pathology - (Research Scholar Track)
Research Professor, BIO5 Institute
Primary Department
Pathology
Department Affiliations
Pathology
BIO5 Institute
(520) 626-6283
ablinrj@email.arizona.edu
Work Summary
The personalized diagnosis, prognosis and treatment of cancer.
Research Interest
Dr. Richard J. Ablin is Professor, Department of Pathology, University of Arizona College of Medicine, Arizona Cancer Center and BIO5 Institute and President, Robert Benjamin Ablin Foundation for Cancer Research, founded in memory of his father, since 1979. Dr. Ablin received his Ph.D. in Microbiology from SUNY at Buffalo in 1967, and continued his training in immunology as a USPHS Postdoctoral Fellow at the Medical School under the late renowned Distinguished Professor Ernest Witebsky. Dr. Ablin is the recipient of a D.Sc., honoris causa, from Lake Forest College, his undergraduate alma mater, and a Doctoris Honoris Causa from the "Carol Davila" University of Medicine and Pharmacy Bucharest. He was honored as recipient of the First Award for Scientific Excellence by The Haakon Ragde Foundation for Advanced Cancer Studies in recognition “for his invaluable contribution to humankind and exceptional scientific insight and valiant fight against cancer.” Dr. Ablin discovered prostate-specific antigen (PSA) in 1970, which led to the development of the PSA test, and was a nominee for the Lasker Award in 1997. A pioneer of cryosurgery and the concept of “cryoimmunotherapy” for the treatment of cancer, he has extensive experience in cancer research, particularly the development and progression of cancer. Dr. Ablin is a member of Sigma Xi (of which he is President, the University of Arizona Chapter), Phi Beta Kappa and numerous professional societies. Cited in several biographical references, including American Men and Women of Science, Who’s Who of Emerging Leaders in America and Who’s Who in the World, Dr. Ablin has been an invited speaker at numerous national and international meetings; has contributed numerous articles to professional journals and texts; is co-editor of the book series Cancer Metastasis -Biology and Treatment and serves on the editorial board of several journals, and the author of the recent book: The Great Prostate Hoax: How Big Medicine Hijacked the PSA Test and Caused a Public Health Disaster. Keywords: Development and Progression of Metastatasis

More men die with prostate cancer (PCa) than from it. However, once PCa is no longer organ-confined, it is associated with significant mortality. Epithelial-to-mesenchymal transition (EMT) is one mechanism facilitating progression in cancer. Our studies of transglutaminase-4 (TGase-4), a member of the TGase family, expressed in the prostate gland, have implicated it in the regulation of the invasive properties of PCa. The present study investigated the role of TGase-4 on EMT of PCa cells.