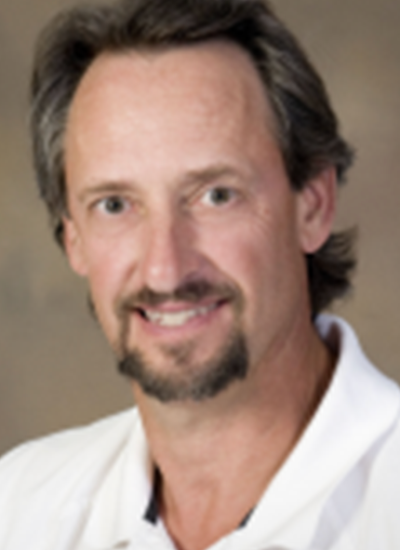 Associate Professor, BIO5 Institute
Associate Professor, Pharmacology and Toxicology
Associate, Center for Toxicology
Co-Director, Bachelor of Science - Pharmaceutical Sciences Program
Primary Department
Pharmacology and Toxicology
Department Affiliations
Pharmacology and Toxicology
(520) 626-4374
vaillancourt@pharmacy.arizona.edu
Research Interest
Richard Vaillancourt, PhD, studies the regulation of serine/threonine protein kinase pathways that function in stress-related signal transduction pathways. These intracellular serine/threonine protein kinase pathways, which are referred to as mitogen-activated protein (MAP) kinase pathways, are activated by a number of hormones, growth factors, cytokines, and environmental agents. Currently, at least five MAP kinase pathways have been identified, and there are many protein kinases that function within a defined MAP pathway. One role for these sequential kinase pathways is to transmit an extracellular signal from the plasma membrane to the nucleus. Simply stated, these sequential protein kinase pathways provide the cell with an intracellular signal, which elicits a biological response that is appropriate for the type of stimulus. The cytoplasmic kinases that transmit the signal from the plasma membrane to various MAP kinase proteins include the MAP/Extracellular signal-regulated kinase (ERK) Kinase Kinase (MEKK) proteins. To date, at least four MEKK proteins have been identified based on a homology to similar protein kinases found in the budding yeast, Saccharomyces cerevisiae. However, the extracellular molecules that regulate the MEKK proteins remain largely undefined in mammalian cells. A major focus in Dr. Vaillancourt's lab is to characterize the role of MEKK3 and MEKK4 in cellular signal transduction pathways. Current research focuses on the regulation of MEKK3 by the serine/threonine kinase, Akt, which functions in cell survival pathways and the inhibition of apoptosis. In another project, Dr. Vaillancourt and his team are characterizing the regulation of MEKK4 in response to arsenic in human keratinocytes. Finally, they are also studying the role of the PITSLRE protein kinase in the regulation of tyrosine hydroxylase, as it relates to nicotine signal transduction.