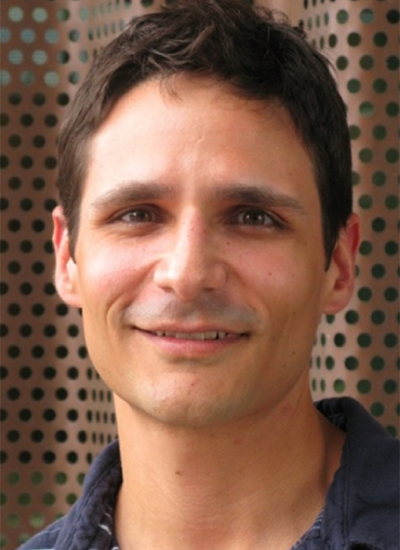 We aim to understand the mechanisms of HPV infection, the cellular responses to HPV infection, and how the interplay between host and virus influences the outcome

Samuel Campos, PhD, studies early events of Human Papillomavirus (HPV) infection. HPVs are small, non-enveloped DNA viruses that cause a variety of lesions ranging from benign waters to cervical cancers. Although over 100 types of HPVs have been identified, HPV16 is the most prevalent, and is alone responsible for more than 50% of cervical cancers in women worldwide. Dr. Campos and his lab study the mechanisms of HPV virus transmission at a cellular level, in hopes to discover new approaches for the prevention and treatment of HPV.HPV16 virions consist of an ~8kb circular dsDNA genome packaged into a ~60 nm protein capsid. The genome is condensed with cellular histones and exists in a chromatin-like state. The capsid is comprised of 72 pentamers of the major capsid protein L1 and up to 72 molecules of the minor capsid protein L2, localized along the inner capsid surface, within the central cavities beneath the L1 pentamers. Mature HPV16 virions exist in an oxidized state, with adjacent L1 pentamers crosslinked together by disulfide bonds to stabilize the capsid. In order to establish an infection, HPV16 virions must bind and penetrate host cells, ultimately delivering their genomes to the host cell nucleus to initiate early gene expression, cell cycle progression, and genome replication. Non-enveloped viruses are faced with the challenge of getting their genetic material across a cellular membrane and often overcome this by disrupting the endosomal or lysosomal membranes and translocating to the cellular cytoplasm during the course of intracellular virion trafficking. Keywords: virology, microbiology, virus-host interaction, HPV

While genetic modification of adenoviral vectors can produce vectors with modified tropism, incorporation of targeting peptides/proteins into the structural context of the virion can also result in destruction of ligand targeting or virion integrity. To combat this problem, we have developed a versatile targeting system using metabolically biotinylated adenoviral vectors bearing biotinylated fiber proteins. These vectors have been demonstrated to be useful as a platform for avidin-based ligand screening and vector targeting by conjugating biotinylated ligands to the virus using high-affinity tetrameric avidin (K(d) = 10(-15) M). The biotinylated vector could also be purified by biotin-reversible binding on monomeric avidin (K(d) = 10(-7) M). In this report, a second metabolically biotinylated adenovirus vector, Ad-IX-BAP, has been engineered by fusing a biotin acceptor peptide (BAP) to the C-terminus of the adenovirus pIX protein. This biotinylated vector displays twice as many biotins and was markedly superior for single-step affinity purification on monomeric avidin resin. However, unlike the fiber-biotinylated vector, Ad-IX-BAP failed to retarget to cells with biotinylated antibodies including anti-CD71 against the transferrin receptor. In contrast, Ad-IX-BAP was retargeted if transferrin, the cognate ligand for CD71, was used as a ligand rather than the anti-CD71. This work demonstrates the utility of metabolic biotinylation as a molecular screening tool to assess the utility of different viral capsid proteins for ligand display and the biology and compatibility of different ligands and receptors for vector targeting applications. These results also demonstrate the utility of the pIX-biotinylated vector as a platform for gentle single-step affinity purification of adenoviral vectors.

Development of cell-targeting vectors is an important focus for gene therapy. While some ligands can be genetically inserted into virus capsid proteins for cell targeting, for many ligands, this approach can disrupt either ligand function or vector function. To address this problem for adenovirus type 5 vectors, the fiber capsid protein was genetically fused to a biotin acceptor peptide (BAP). Adenovirus particles bearing this BAP were metabolically biotinylated during vector production by the endogenous biotin ligase in 293 cells to produce covalently biotinylated virions. The resulting biotinylated vector could be retargeted to new receptors by conjugation to biotinylated antibodies using tetrameric avidin (K(d) = 10(-15) M). The biotinylated vector could also be purified by biotin-reversible binding on monomeric avidin (K(d) = 10(-7) M). Finally, this vector was used as a ligand screening platform for dendritic cells in which a variety of structurally diverse protein, carbohydrate, and nucleic acid ligands were easily added to the vector using the biotin-avidin interaction. This work demonstrates the utility of metabolically biotinylated viruses for ligand screening, vector targeting, and virus purification applications.

The avidin-biotin system is a fundamental technology in biomedicine for immunolocalisation, imaging, nucleic acid blotting and protein labelling. This technology has recently been adapted for use in gene therapy vector applications to add proteins or cell-targeting ligands to non-viral and viral vectors. Two biotinylation technologies are being used in these applications: chemical biotinylation and metabolic biotinylation. In chemical biotinylation, reactive alkylating agents couple biotin to proteins by random covalent attachment to amino acid side chains. In metabolic biotinylation, proteins are genetically engineered with a biotin acceptor peptide (BAP), such that they are covalently biotinylated by cellular biotin ligases during viral vector production. Both technologies show promise for cell-targeting in vitro and in vivo, and for ligand screening applications. Metabolic biotinylation has the added feature of allowing viruses, vectors and vaccines to be produced from cells already biotinylated, thereby allowing them to purified by affinity chromatography on monomeric avidin columns.

Papillomaviruses are species-specific and epitheliotropic DNA viruses that cause tumors in their natural hosts. Certain infections with genital human papillomavirus (HPV) types are causally related to cervical cancer development. Most papillomaviruses are thought to infect cells via a clathrin-dependent pathway, yet no studies have determined the entry route in permissive host epithelial cells. Employing fluorescently labeled and native virions, we tested the effects of dominant-negative and biochemical inhibitors of cellular endocytosis pathways. Infections of human keratinocytes, a natural host cell type for HPVs, were assessed visually and by infectious entry assays. We found that HPV type 31 (HPV31) entry and initiation of early infection events require both caveolin 1 and dynamin 2 and occur independently of clathrin-mediated endocytosis. Treatment with chlorpromazine and filipin had opposing effects on HPV31 and HPV16 infection. HPV31 entry was remarkably slow, with a half-time of approximately 14 h, whereas the entry half-time of HPV16 was 4 h. Consistent with a caveola-mediated entry pathway for HPV31, the virions associated with detergent-resistant lipid rafts. During a 16-h microscopic tracking of HPV31 and HPV16 virions, no colocalization of the two viral types was observed. These data suggest that HPV31 and HPV16 virions use distinct routes for host epithelial cell entry.

Deciphering Causes of and Developing Treatments for Oral, Head and Neck Cancer
UArizona Researchers Team Up to Address COVID-19 with the Help of TRIF and BIO5 Support
More News