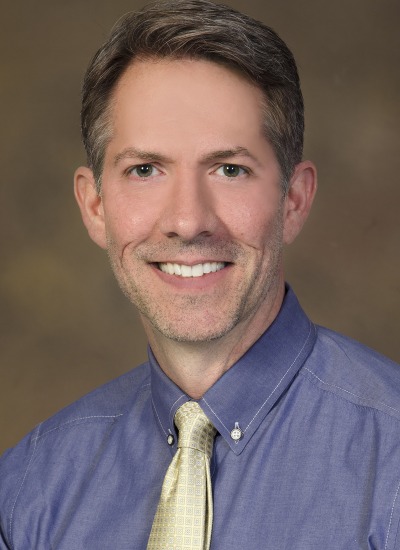 Professor, Medical Imaging
Professor, Psychiatry
Professor, Psychology
Primary Department
Psychiatry
Department Affiliations
Psychiatry
BIO5 Institute
(520) 621-0605
killgore@email.arizona.edu
Work Summary
Dr. Killgore is the Director of the Social, Cognitive, and Affective Neuroscience (SCAN) Lab in the Department of Psychiatry at the University of Arizona. He is a clinical neuropsychologist and research neuroscientist whose research focuses on understanding the brain systems involved in emotional processes and cognitive performance. For the past decade, his work has focused nearly exclusively on the factors affecting the mental health, wellbeing, and performance of military personnel and combat Veterans. His work combines neurocognitive assessment with state-of-the-art neuroimaging methods to study the role of emotion in complex cognitive processes such as moral judgment, decision-making, and risk-taking. He is also interested in how these brain-behavior systems may be affected by environmental and lifestyle factors such as insufficient sleep, nutrition, light exposure, physical activity, and stimulants such as caffeine. In particular, Dr. Killgore has explored the role of sleep as a mediator of psychological and emotional health and the potential role of insufficient sleep as a contributor to psychiatric disturbance, emotional dysregulation, and risk-related behavior. He is currently conducting several Department of Defense funded studies on problems affecting military personnel including mild traumatic brain injury and post-traumatic stress disorder (PTSD).
Research Interest
Dr. Killgore holds a Ph.D. in Clinical Psychology from Texas Tech University, and has completed postdoctoral training in Clinical Neuropsychology at the University of Oklahoma and the University of Pennsylvania, and postdoctoral training in Cognitive Neuroimaging at Harvard Medical School. As Principal investigator, Dr. Killgore currently has over $17 million in active grant funding from the Department of Defense to study methods for accelerating recovery from mild traumatic brain injury and post-traumatic stress disorder, to develop online training programs for enhancing emotional intelligence and resilience skills in military personnel, to study the effects of stress on cognitive processing, and to validate a machine-learning cell-phone application that will individually tailor caffeine administration to sustain optimal performance during sleep deprivation. Presently, Dr. Killgore is principal investigator on multiple projects, including three aimed at improving sleep-wake patterns among individuals with mild traumatic brain injuries and/or post-traumatic stress disorder, while a fourth study is focused on modeling the recovery patterns of brain connectivity and cognitive performance at various stages of recovery following concussion, a fifth study is focused on developing internet-based methods for enhancing emotional intelligence and resilience capacities, and a sixth project aimed at identifying the personality factors that contribute to the ability to cope with emotional stress. He recently completed a DARPA funded study to identify the neurocircuitry that underlies the ability to sustain cognitive resilience during periods of sleep deprivation. Dr. Killgore also has over 18 years of military service, including 5 years on active duty as a Medical Service Corps officer and Research Psychologist in the United States Army during the Global War on Terror. While stationed at the Walter Reed Army Institute of Research in Washington, DC, Dr. Killgore served as Chief of the Neurocognitive Performance Branch and Special Volunteer with the National Institute on Deafness and Other Communication Disorders within the National Institutes of Health. During his service, he was awarded the COL Edward L. Buescher Award for Excellence in Research by a Young Scientist. Dr. Killgore remains active as a Research Psychologist in the U.S. Army Reserve, currently holding the rank of Colonel. Dr. Killgore was affiliated with Harvard Medical School for 18 years. From 2000-2010, Dr. Killgore was an Instructor in Psychology at Harvard Medical School in Boston, MA, with a 5-year leave of absence during his active military service. He was promoted to the rank of Assistant Professor of Psychology in the Department of Psychiatry at Harvard Medical School in 2010 with promotion to Associate Professor at Harvard in 2012. There, he served as Director of the Social, Cognitive, and Affective Neuroscience Laboratory at McLean Hospital in Belmont, MA, until taking a position as Professor of Psychiatry at the University of Arizona College of Medicine in 2014.