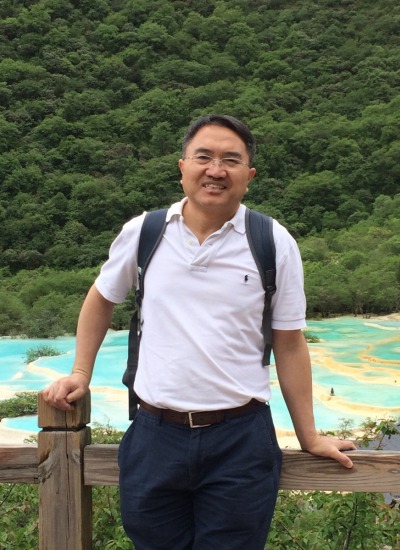 Xianchun Li's research aims to use genetics to shed light on the defense signaling of plants and the counterdefense of herbivorous insects, which may result in the design of new insecticides for crops like corn, in defense against the corn earworm. Additionally, Dr. Li's research is to define, globally, the regulatory triangle between nuclear receptors (NRs), their ligands, and cytochrome P450s (P450s) in Drosophila melanogaster, and to investigate the molecular mechanisms of Bt and conventional insecticide resistance.

Xianchun Li, PhD, is interested in understanding the physiological, biochemical, molecular and evolutionary bases of fundamental processes in the life history of insects such as embryonic polarity, metamorphosis, developmental commitment, host usage and environmental adaptation. One focus of his research is to elucidate the reciprocal signaling interactions between plants and insects, and the resulted on-going defense (in the case of plants) / counterdefense (in the case of herbivorous insects) phenotypic arm race over ecological time scale, with emphasis on the genetic machinery that percepts and transduces the reciprocal cues into genome and regulate defense / counterdefense phenotypes. Working systems include Helicoverpa zea, the corn earworm, a polyphagous noctuide of economic importance, and Drosophila melanogaster, the fruit fly, a model organism. State of arts and traditional techniques are combining to identify the cues and to uncover the signaling transduction cascade that links environmental cues, gene expression and the resulted defense/counterdefense phenotypes. This research may lead to characterization of genes for designing new insecticides and/or genetically modifying crops. The second focus of Dr. Li’s research is to define, globally, the regulatory triangle between nuclear receptors (NRs), their ligands, and cytochrome P450s (P450s) in Drosophila melanogaster. Nuclear receptors (NRs) constitute a transcription factor superfamily that has evolved to sense and bind endogenous (e.g., hormones) and/or exogenous (e.g., naturally-occurring or synthetic xenobiotics) signal compounds, resulting in differential expression of particular target genes, which underlies a range of fundamental biological processes, including growth, development, reproduction, behavior, host usage, and environmental adaptation. Many of those cue chemicals, namely NR ligands, are synthesized and/or metabolized by members of the P450s gene superfamily, whose expression may be regulated by certain NRs. Bioinformatics analyses as well as systematic functional genomic techniques such as microarray, X-ChIP, mutation and ectopic expression will be combined to define the genome-wide regulatory interaction loops between NRs and P450s as well as to assign, at least partially, functions of individual NRs and P450s in the life history of fruit fly. Given the evolutionary conservations of homologous NRs and P450s between vertebrates and invertebrates, the results obtained in this project are expected to provide insights into the reciprocal regulatory interactions between NRs and P450s in other animals including humans as well as to provide great insights into new avenue for human NR ligand identification and NR-related drug design. The third focus of his research is to investigate the molecular mechanisms of Bt and conventional insecticide resistance, which is a major threat in current IPM system. In collaboration with Dr. Bruce Tabashnik, Timothy Dennehy, and Yves Carriere in our Department, Dr. Li is going to compare Bt toxin binding affinity and other defects of natural (s, r1, r2, r3) and artificial mutant PBW (Pink Bollworm) cadherin proteins and thus define the key functional domains of PBW cadherin.

In pests with inherently low susceptibility to Bacillus thuringiensis (Bt) toxins, seasonal declines in the concentration of Bt toxins in transgenic crops could accelerate evolution of resistance by increasing the dominance of resistance. Here, we evaluated Helicoverpa zea survival on young and old cotton plants that produced the Bt toxins Cry1Ac and Cry1F or did not produce Bt toxins.

Extensive cultivation of crops genetically engineered to produce insecticidal proteins from the bacterium Bacillus thuringiensis (Bt) has suppressed some major pests, reduced insecticide sprays, enhanced pest control by natural enemies, and increased grower profits. However, these benefits are being eroded by evolution of resistance in pests. We report a strategy for combating resistance by crossing transgenic Bt plants with conventional non-Bt plants and then crossing the resulting first-generation (F1) hybrid progeny and sowing the second-generation (F2) seeds. This strategy yields a random mixture within fields of three-quarters of plants that produce Bt toxin and one-quarter that does not. We hypothesized that the non-Bt plants in this mixture promote survival of susceptible insects, thereby delaying evolution of resistance. To test this hypothesis, we compared predictions from computer modeling with data monitoring pink bollworm (Pectinophora gossypiella) resistance to Bt toxin Cry1Ac produced by transgenic cotton in an 11-y study at 17 field sites in six provinces of China. The frequency of resistant individuals in the field increased before this strategy was widely deployed and then declined after its widespread adoption boosted the percentage of non-Bt cotton plants in the region. The correspondence between the predicted and observed outcomes implies that this strategy countered evolution of resistance. Despite the increased percentage of non-Bt cotton, suppression of pink bollworm was sustained. Unlike other resistance management tactics that require regulatory intervention, growers adopted this strategy voluntarily, apparently because of advantages that may include better performance as well as lower costs for seeds and insecticides.

The refuge strategy is used worldwide to delay the evolution of pest resistance to insecticides that are either sprayed or produced by transgenic Bacillus thuringiensis (Bt) crops. This strategy is based on the idea that refuges of host plants where pests are not exposed to an insecticide promote survival of susceptible pests. Despite widespread adoption of this approach, large-scale tests of the refuge strategy have been problematic. Here we tested the refuge strategy with 8 y of data on refuges and resistance to the insecticide pyriproxyfen in 84 populations of the sweetpotato whitefly (Bemisia tabaci) from cotton fields in central Arizona. We found that spatial variation in resistance to pyriproxyfen within each year was not affected by refuges of melons or alfalfa near cotton fields. However, resistance was negatively associated with the area of cotton refuges and positively associated with the area of cotton treated with pyriproxyfen. A statistical model based on the first 4 y of data, incorporating the spatial distribution of cotton treated and not treated with pyriproxyfen, adequately predicted the spatial variation in resistance observed in the last 4 y of the study, confirming that cotton refuges delayed resistance and treated cotton fields accelerated resistance. By providing a systematic assessment of the effectiveness of refuges and the scale of their effects, the spatially explicit approach applied here could be useful for testing and improving the refuge strategy in other crop-pest systems.

Development of pyriproxyfen and neonicotinoid resistance in the B-biotype whitefly and recent introduction of the Q biotype have the potential to threaten current whitefly management programs in Arizona. The possibility of integrating the novel anthranilic diamides chlorantraniliprole and cyantraniliprole into the current program to tackle these threats largely depends on whether these compounds have cross-resistance with pyriproxyfen and neonicotinoids in whiteflies. To address this question, the authors bioassayed a susceptible B-biotype strain, a pyriproxyfen-resistant B-biotype strain, four multiply resistant Q-biotype strains and 16 B-biotype field populations from Arizona with a systemic uptake bioassay developed in the present study.

Genetically engineered crops that produce insecticidal toxins from Bacillus thuringiensis (Bt) are grown widely for pest control. However, insect adaptation can reduce the toxins' efficacy. The predominant strategy for delaying pest resistance to Bt crops requires refuges of non-Bt host plants to provide susceptible insects to mate with resistant insects. Variable farmer compliance is one of the limitations of this approach. Here we report the benefits of an alternative strategy where sterile insects are released to mate with resistant insects and refuges are scarce or absent. Computer simulations show that this approach works in principle against pests with recessive or dominant inheritance of resistance. During a large-scale, four-year field deployment of this strategy in Arizona, resistance of pink bollworm (Pectinophora gossypiella) to Bt cotton did not increase. A multitactic eradication program that included the release of sterile moths reduced pink bollworm abundance by >99%, while eliminating insecticide sprays against this key invasive pest.